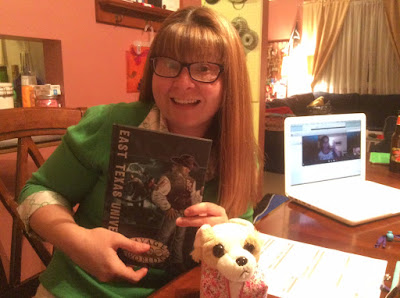 The Joys of Live Gaming

Sometimes, when I'm playing an RPG online on Google+ Hangouts or Maptool, I secretly daydream about how much fun it would be to have everyone around an actual table.  The action of the dice rolls, the delicious snacks, a few tasty beverages, and the camaraderie of some of your favorite people.  Live and in-person is the way that tabletop role-playing games were designed to be played.

Last night, during our first in-person game of East Texas University, I caught myself for a brief moment wishing everyone was online.

Maybe it was the third or thirteenth time that the kids interrupted the game, or perhaps our IT problems getting one of our players "virtually" to the table (Emily moved out of state.)  Whatever the case may be, we had a very tough time getting the ball rolling last night.

But once we got past the initial challenges, the game took off. 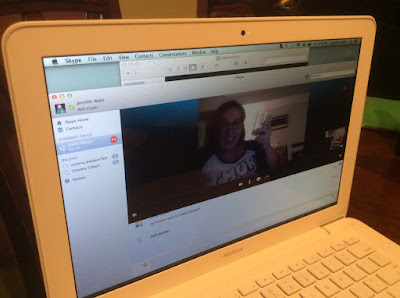 East Texas University is a Savage Worlds campaign setting formed from the collaboration of Pinnacle Entertainment Group and 12 to Midnight.  From my perspective, this is a campaign setting rooted in collegiate horror, with a few traces of campiness.  For inspiration I watched episodes of True Blood and Buffy the Vampire Slayer, and re-watched Hellboy and Scream. At game designer Preston DuBose's recommendation I thoroughly enjoyed Dale and Tucker Vs. Evil.

I was totally ready to run a fun horror campaign.

My players, on the other hand, must have binge-watched Wet Hot American Summer before our session.  If you've never seen Wet Hot on Netflix… don't.

At least not right before playing East Texas University. 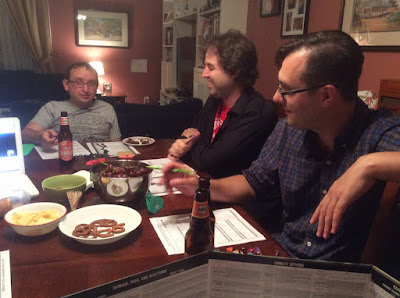 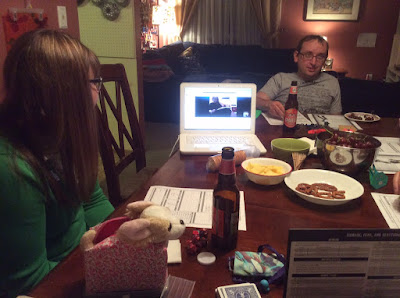 [Sweat Lodge is the first part of the Degrees of Horror Plot Point Campaign.  It acts as an introduction for both players and their characters to East Texas University campus life… and unlike.]

Elle, Abigail, Chaz, Cordelia, and Ezra were all incoming freshman at East Texas University listening to President Nelson's introduction to campus life at the Raven's Roost, a large, hot, and very old multi-use indoor arena.  The place was old and run-down, and someone had splattered strange, rune-like graffiti on several of the walls.  Following the enthusiastic speech, and the promise of live music by local band A Jury of Robots, the students were instructed to look under their chairs, find a number taped to the bottom, and go to that room for small group meetings with ETU seniors.  All five characters received a "12".

Abigail Cordelia, and Ezra all went to room 12 where they met with senior Robby Niles, a Hot Topic shopping emo-guy who instructed everyone to "be a zebra" and blend in to survive college life.  Chaz tried going along with group "17", but ended up catching a strange security guard locking down a maintenance room full of fire extinguishers.  This was odd because there were no fire extinguishers anywhere else in the building.  Elle skipped the entire meeting and went outside so Bruiser could tinkle.  There she spotted an alien, spiked beast the size of a large dog.

Oh well, when the beast didn't respond, as it ran off into the nearby bushes, Elle went back inside and gave President Nelson a verbal lashing for the poor social skills of the costumed students outside running around in bushes.

Elle came downstairs just as a loud crash was heard.  Chaz, Abigail, and Cordelia were all there as well, since the crash happened right outside room 12.  Some kind of camera fell off the wall, and a security guard was blaming Elle's dog Bruiser for breaking the device.  This was impossible given the dog's stature, obviously.  The party worked together to scare the security guard off, after Chaz filmed him with his iPhone making threats.

Another two gentlemen approached the scene soon after.  Professor Glen Maclanahan and his assistant Jackson Green.  GlenMac told the characters that the camera was for filming ghosts, and the building was haunted.  He believed the party had nothing to do with the mess, and told the group that they should get back to the party.  The students decided not to take GlenMac's advice, and hung around downstairs some more.

This was about the time that Jackson Green started flirting with Cordelia and landed a date the next night.

Chaz was interested in the ghost camera, so he took the pieces and broke into the nearby engineering control room (the one with all of the fire extinguishers).  Using his keen mechanical skills, Chaz put the camera back together, and saw the recording where the security guard was the one breaking the camera.  Weird.  Wanting to get a better look for any potential ghosts, Chaz strapped the camera to his head with a belt and left the room.  Ezra grabbed one of the fire extinguishers.

The party had some interactions with a ghost in the hallway.  Chaz could get a light "streak" on camera, and the two male students both experienced interactions with a young girl in clothing from the forties. When Chaz came into contact with the spirt, it told him that everyone was going to burn.  Chaz then had a vision of the entire facility in flames.

Elle wanted to get in touch with GlenMac, and tried going upstairs and out of the Raven's Roost but the doors were locked from the outside.  In a panic, and noticing a complete lack of fire extinguishers, the party realized that they were in trouble.  Abigail used her psychic sensitivities to detect any kind of supernatural interactions, and felt that something was going on beneath the bleachers.  Ezra, Elle, and Cordelia ran off to get more fire extinguishers while Chaz and Abigail went to the bleachers.

There, underneath the seats, the security guard was standing in the middle of a circle of candles, painting another rune on the wall.  The guard threatened to use his taser on the party, and that's about when the rest of the team showed up.  Elle had her chihuahua bite the guard while the rest of the group relied on fists and pointy words.  Someone even threw a messenger bag.

Before the guard could do anything in return, Elle took the fire extinguisher and struck the man in the head.  Then she did it again and again until nothing was left of the guard's head but a pile of pulp.

When GlenMac and President Nelson showed up the students showed their video and somehow Elle talked her way out of getting arrested for manslaughter. 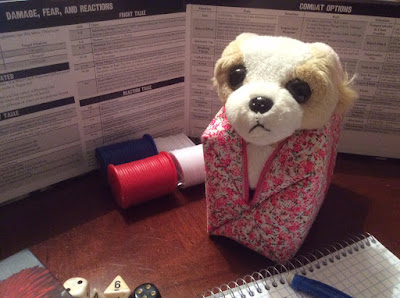 "You have a chihuahua… what's that gonna do?" - The GM mocks his wife's sidekick and it's  effectiveness against something weird in the bushes.

"So one of my hindrances is second fiddle.  Does that mean I can take one of these violins and play it for a benny?"  - Emily is a real-life violinist and music teacher, and has a bunch of violins in her apartment.

"Is it pretty graffiti?" - Jeremy's character Cordelia saw the strange marks on the wall.

Cordelia - "I wish that cute boy from Group Seventeen was with us."
Ezra - "The small one?"

"Zebras are the Patriarchy!" - Ezra didn't like the senior student's zebra analogy.

"Maybe she's just Amish?" - Elle questioned the "ghost" that only Ezra and Chaz could see.

"Why are there no 'new' ghosts!" - Jeremy's comment on the ghost's old time clothing.

"This is turning into Wet Hot American Summer." - The GM laments.

"I laid down the law!"  - Jen after her character brutally murdered the security guard with a fire extinguisher.