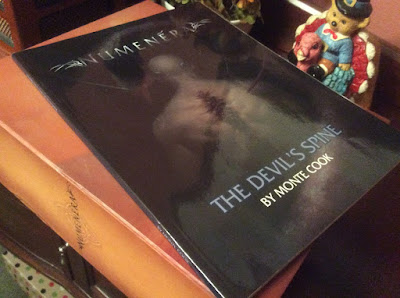 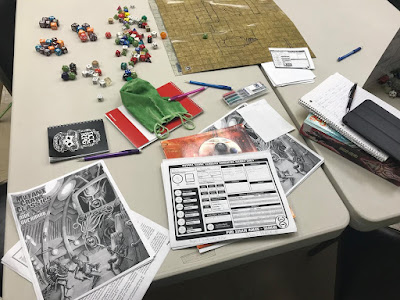 How did Judge Evie and I end up with all these mutation wielding player characters?

If you were to take a look at +Marc Plourde's Mutant Crawl Classics campaign and compare it with the one that I'm co-GM'ing with Judge Evie, you'd think that we used two completely different character generation tables. Here's the comparison of character classes:

Me and Judge Evie's Campaign:

So with Marc's game, there's barely ever a mutation getting used. Andy's plantient had multiple limbs, so he rolled that up early before we started. But in our game, every PC is lobbing mutation powers every fifteen seconds. Ella's character Wallace is particularly dangerous with her ability to completely take control over the minds of others (with Assimilation). The only downside to all of the mutations getting used was that the print copy of MCCRPG still isn't out, so I'm stuck with having to look everything up on my iPad. Oh well, we had a great game! 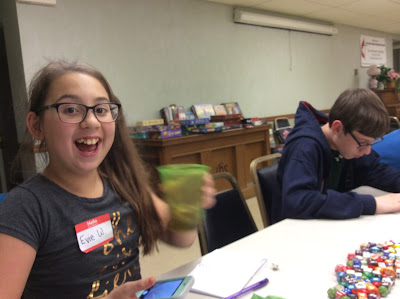 Judge Evie was slowed down a bit during this game. She has an ankle injury, so she was stuck having to sit down, and spent much of the time taking lots of notes (so that she could write the recap) when she wasn't trying to kill player characters with terrible fumble results. But we still had an incredible time continuing +Julian Bernick's insect-laden 0-level funnel, Hive of the Overmind!

Want to know what happened last session? Here's the link: 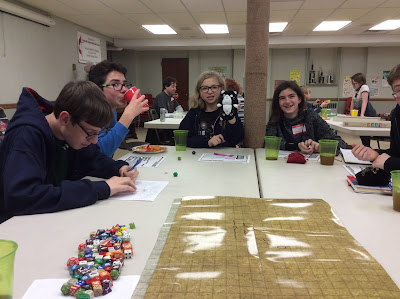 The Initiates of the Dolphinquisition 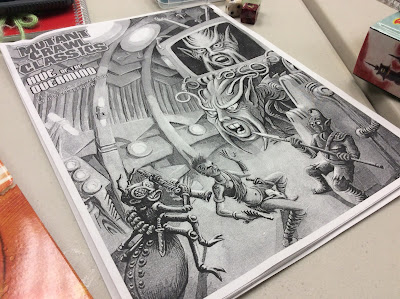 Hive of the Overmind - Part 2

At this point everyone was still in the hive, and they were all trying to get out of there. With Colossus only being four feet tall and Wallace having a head growing out of his chest, you can tell the party is doing great! Colossus takes the lead while the party walks down a long hallway.

Colossus meets an ant dude and says "how's it going?"

The ant dude shot back "get back to work!"

Ranno started laughing in a scary voice. The party slowly backed away while Ranno met another ant dude and then got SPIT TALKED.

Ranno survived the spit talking though.

[Judge James' Note: "Spit Talked" was Judge Evie's idea of a fumble result. The PC, while talking with a drone, got some mind controlling saliva spit into their mouth.]

On the other hand, Dominic got controlled by a drone and started digging at a wall all because of a spit talker. Wallace tried to save Dominic by putting a fake memory into the ant man's mind. The memory was of Dominic being its boss! The ant man then describes the Overmind and the Queen to the party: "It's one of us with a TV above it."

The party then goes to speak with the Overmind.

At first the Overmind controlled Queen blasted the part with saliva, which ended up getting Dominic mind controlled again. But then Wallace used assimilation (and Ella rolled really high) and the queen fell under the mutant's control.

The party found a death ray pistol and an android head. The android head (X-52) told it's new master Nicky P. that they should take it to the chambers below the hive. Wallace used the queen's memory to unlock the doorway behind the chamber.

The legless android is named Y-4. Nicky P. befriends him, fixes his legs (fist bump), and finds out that the Overmind is keeping a rebellious android named Speculatron behind the door in the room. Y-4 makes a deal with Nicky P: agree to leave the hive without harming the Overmind, and the party will be given access to some incredible tech.

Y-4 takes everyone to a Nano Goo chamber. Some of the mutants try going into the goo, but it almost kills Dominic. Wallace gains a new mutation (heightened intelligence) and Era finds out that it doesn't work on pure strain humans.

Y-4 then takes the party to the final chamber, containing a small robotic ant creature.

The Overmind says that if the party leaves they will be given a Drill Tank that will take them into the center of the Earth if they want. Yay!

All eyes were on Nicky P. because he was on the side of the Overmind now. Nicky P. and Colossus give the Overmind a beer, and agree to leave. While leaving, Colossus starts to think up a plan to betray the Overmind and take over. There is a quick vote, and four of the characters try to over throw the Overmind.

The Overmind fires dart missiles at those who try to betray him, putting three to sleep. But he kills Colossus. The androids allow Nicky P. to take the sleeping characters and leave in the drill. But Colossus is then brought back to life, and his arms and legs are removed. He is transformed into a living battery to keep the Speculatron chamber powered forever.

Well we can say bye to him! Peace out!