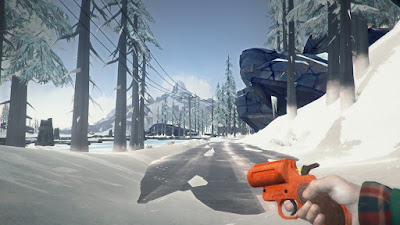 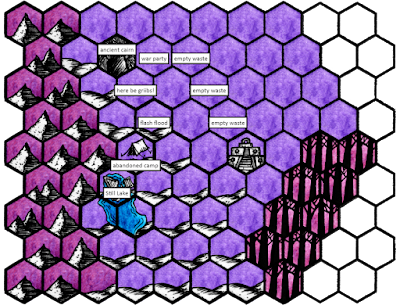 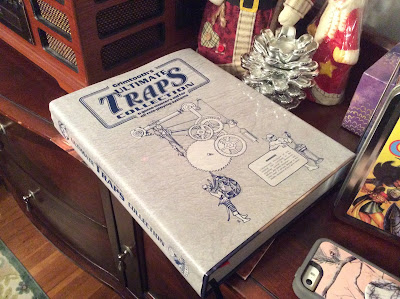 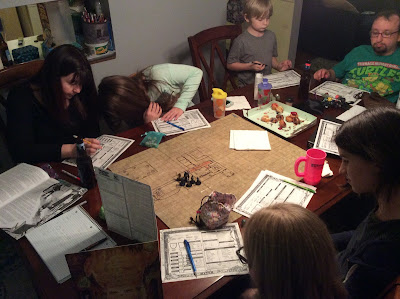 As you can probably tell from the cover art of this blog post, I decided to add a little trickery to tonight's session. You see, during Goodman Games' big Black Friday sale I managed to get my hands on Grimtooth's Ultimate Traps Collection. I then spent about three evenings digging through the crazy and brutal inventions. I couldn't wait to spring these on my players, and I had the perfect opportunity during our next episode of The Emerald Enchanter.

Our players are taking their sweet time with this adventure, an they keep going back to the village of Ugly Bottom after exploring part of the Emerald Enchanter's lair. Well, this time I decided that there would be a price to pay. The Emerald Enchanter reached out to Grimtooth and purchased a bunch of traps to catch those pesky jerks that keep messing around with his stuff. My good friend Frank put this idea in my head about 8 years ago. The idea that a dungeon left alone should be restocked and better guarded this time around.

Well the Emerald Enchanter spared no expense to protect his home! When the PC's arrived they found a note on the front door:

Naturally my players did not follow this advice... it would've been a short game if they had!

The party thieves, Walden and P. Specs, both checked the door for traps, and found one: a door knob that would grow spikes, blast off and strike the players. Walden disarmed the trap, and pocketed the spiky knob. They then opened the door.

The front hallway had a complete home makeover! The Emerald Enchanter replaced the tile floor with black tiles, and the ceiling was a swirling mass of sand. Walden entered the room, and gravity reversed, pulling him into quicksand on the ceiling. Both Sir Huey and Soapy managed to get sucked in as well, but they went in head first and started taking damage. Maybe I should give you some mechanics, as this trap was inspired by Grimtooth, but of my own design:

After freeing the PC's (Sir Huey would need to be revived, as he fell below zero hit points) our party wizard Quinn used her Flaming Hands spell to turn the sand to glass. The team then stepped out into the room. Since only the first fifteen feet were glass, Soapy used his shovel to burrow through the nearby wall into a hidden passage. This gained the team access to the next part of the map.

If you read our play report from the last session, you know everywhere that the players went this game, as they didn't go anywhere new. But with every turn, I hit them with a trap:

When the party finally made it back to the Consultorium, Quinn used her new Speak with the Dead spell. She cast it on both the mummified corpse and the brain in the jar.

Unlike previous journeys into the Emerald Enchanter's domain, this time the party decided not to head back to the village afterwards.

"Wait a minute. I have a bomb." - Andy. And his character really did have one! 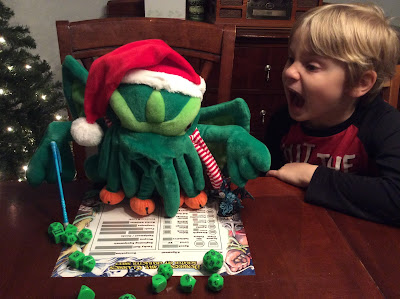 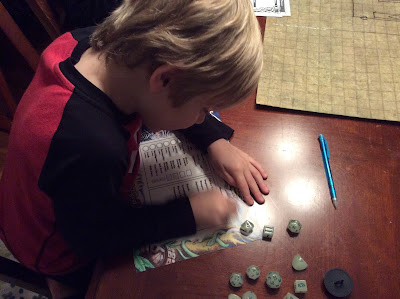 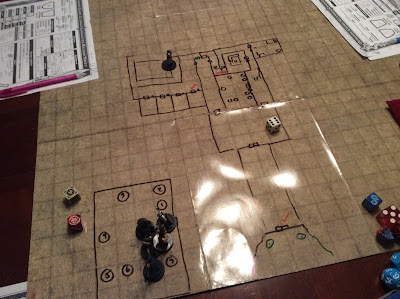