Damn, it's been over a month since the last blog posting! This all has to do with a certain new job that I started. While I've been getting to the game table (even managed to play three games of Savage Worlds last month!) I haven't had much time to write about it. Here's hoping things calm down soon. 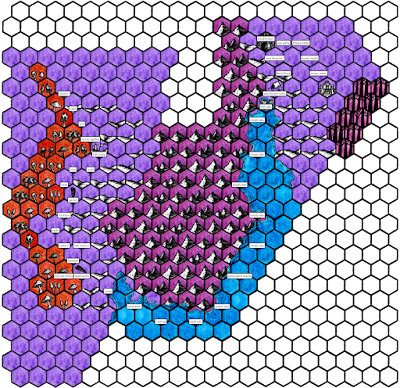 
Floyd: "How do you execute people?"
Dukdiv: "Would you like a demonstration?"

"If you can't kill someone with your bare hands in real life, you can't do it in the game." - Andy was trying to make a point here. I'm scared.

"NO PISS ANYMORE!" - Otto screams, as he no longer needs to drink his own urine due to Ssof's Food of the Gods spell.

"I rolled a 30..." - Andy, rolling for the Judge to determine the number of Gribbs in the nest.

"I have a bundle of wood!" - Jonata always has wood.