Ugh, another couple months since our last game. Work travel is really killing me! But no matter, we still managed to roll some dice last night.


"We haven't fought a squirrel demon in a while." - Marc.

"You look at her and Dreamweaver starts to play." - Judge James to Marc, describing Floyd Pink's strange attraction to Mama Kisses.

"This weapon is forged by powerful beings from another realm. It will serve you well, but its beauty cannot possibly compare to yours" - Floyd Pink to Mama Kisses

"Raiders without banners... is that like Doctors Without Borders." - Marc. 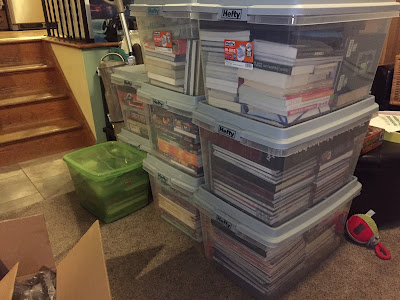 Taking the Game on the Road

I know its been a bit quiet over here on Living 4 Crits, and for all the folks who read my blog, I apologize. Folks connected with me on social media probably have a good idea of what's going on: our family of crazy gamers is moving from Pittsburgh to Philadelphia. 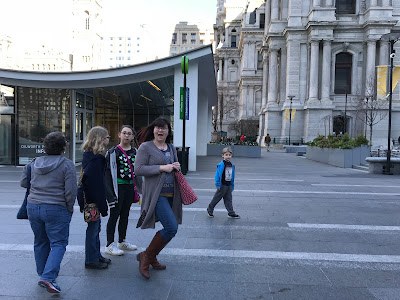 A change this year in my job responsibilities has me spending a lot more time in southeast PA and Delaware. So we put our house in North Huntingdon on the market, found a big apartment in Glen Mills, and in just a few weeks we'll be full time living on the other side of Pennsylvania. We've been in the same home for fifteen years, and I've been in the Pittsburgh area since 2000, so this all feels like a big adventure!

While it's super exciting to talk about the "end game," I can't say that I'm a fan of the whole process. The planning, the packing, the contractors, the moving expenses... as anyone who has relocated knows, it's a lot.

What's even more challenging, is turning our gaming haven of a home into a sterile and serene place of ultimate neutrality. Do you realize how hard it was to turn this... 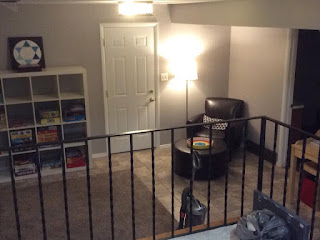 But given the feedback so far on the house, it sounds like it was a good decision to take down all of the skulls and Dungeon Crawl Classics art. 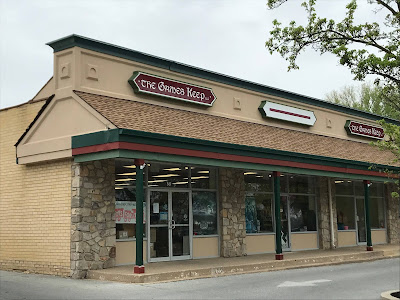 But What About the Gaming?

Obviously this is the biggest concern. Over the last few months the gaming has been a bit light. We've been too busy to have our weekly home group or monthly online group meet, so I've only GM'd 3 or 4 games. I did manage to run a single Cyber Sprawl Classics event a month ago from my hotel room in Newtown Square, but that was just a short "test" and I haven't run any Nomad Judge games since.

I've gotten a lot of use out of my Super Nintendo Classic though.

Granted, gaming while traveling for work is pretty tough, but once we complete the move we really want to get the dice rolling again. This led us to go on an expedition in search of gaming stores near our new home. Our journey took us to The Games Keep in West Chester. So many board games, and a pretty decent selection of RPG's, although Evie did give the store manager a bit of crap for not carrying much Dungeon Crawl Classics stuff. 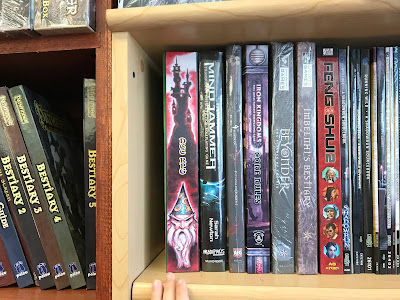 We also met a pair of gamers who might be open to gaming with us! That's honestly the best part about being a role-playing gamer: we always seem to be able to find more of our "people" when on the road! The Games Keep will be celebrating Free RPG Day on Saturday, June 15th, and we plan to be there, making new friends.

I've already signed up for a sort of local convention: Save Against Fear in Harrisburg, PA this upcoming October 12-14. I plan on running two sessions of MCCRPG (Nothing's Free in Oceanworld and Children of the Fallen Sun), as well as one session of DCCRPG (Shadow Under Devil's Reef).

There's also the chance of PAX Unplugged on the horizon, although no dates yet.

We're definitely not done hunting for gamers though, especially folks interested in playing Dungeon Crawl Classics and Mutant Crawl Classics! In fact, if you are in the Philly area and are looking for some awesome gaming, please hit us up.