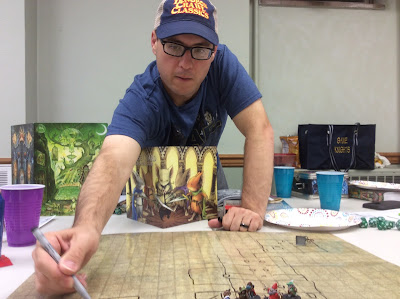 There were three things I wanted to accomplish at this month's Norwin Game Knights event:

To pull off all three of these in one sitting?  That would be epic! 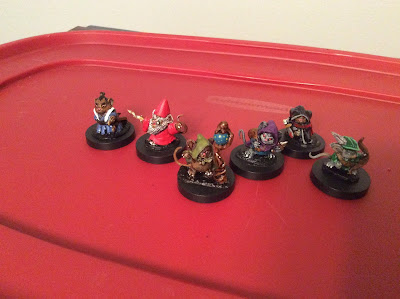 So I grabbed The Madhouse Meet, a 1st level DCC Lankhmar adventure by +Michael Curtis first featured in Goodman Games' Free RPG 2016 promotion.  I flipped through the module, and took a few notes.  I could easily transfer the adventure to the Mouse Guard universe as a way to playtest Dead Mice, my new DCC Mouse Guard conversion! 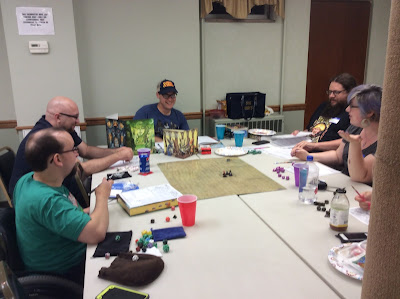 The great thing about The Madhouse Meet is that it's super adaptable to any fantasy setting.  There were only a few changes that I needed to make in order to set the Lankhmar-based adventure the Mouse Territories: 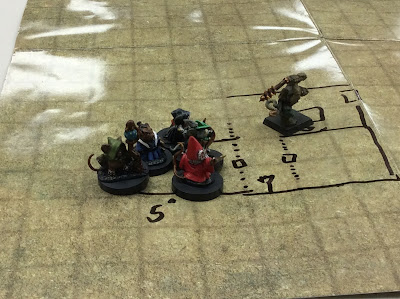 It was at this point that I had to make a few additional modifications, to both the adventure and the Mouse Guard universe: 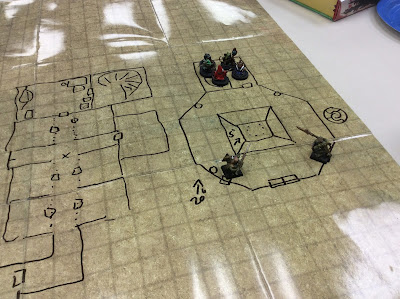 Thanks to the Purple Sorcerer Demon generator, I was able to craft a Fairy quickly...

... did I mention that Fairy's in my Mouse Guard inspired Dead Mice universe are just teeny-tiny demons?  No?  Well they are. 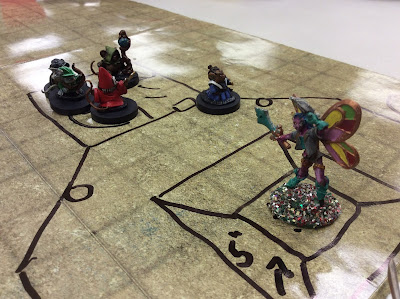 I used a KenzerCo Fairy Meat miniatures for Bowie, painted way back in 2003, just before I gave up miniature painting for having children.

I was pretty pleased to get the chance to showcase some of my old miniatures alongside my new ones.  I know that a lot of folks prefer to play DCC with a theater of the mind style during combat, and that's typically how I play.  But every once in a while, I like to show off the figures of my collection, and this was a great opportunity to do so.

Also, I need to share that the Fleeting Luck mechanic is AWESOME! 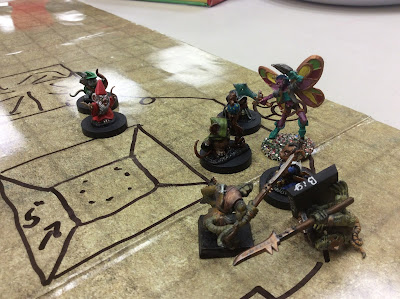