I made two deals with myself prior to this event:


Okay, I broke both of these deals. Instead of visiting the Cannibal Kingdom, I thought we'd give Blood for the Serpent King a go first. I'm working hard on finishing all the modules I've purchased, and I thought we could knock out the Serpent King in one session. I was wrong, although we should wrap it with the next session.

As to the post game recaps, this is the best way I have of keeping the game details organized.

(Judge's Note: Only the most basic of details this time) 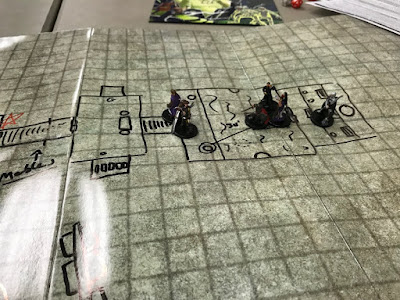