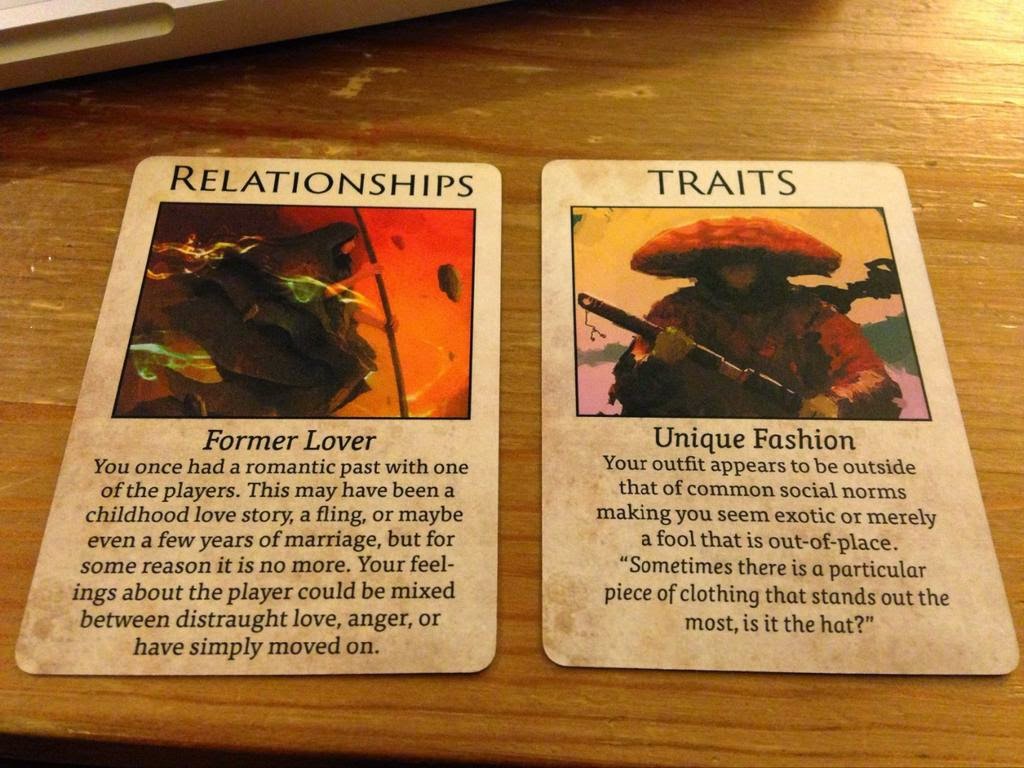 Capture the debtor Raa-em from the Icebourne Monastery on the Southern Wall and bring him (or her) back to Nihliesh and into the custody of the Vaeshir family.

The lattimor fixer directed the bounty hunters to speak with the Vaeshir family if there were any details about Bartrum Vaeshir's relationship with Raa-em that would help them during their mission.  So without asking about payment details or any kind of equipment stipend that could have been useful when traversing two-hundred miles of frozen desert the party simply thanked Gurn-Ellohesh for the assignment.  Perhaps the party's lack of attention could be attributed to Chase Rombek's fascination with the strange location.  The nano had been pretty sure that the brightly lit white room was not located anywhere near Nihliesh, but couldn't determine any specific details.  No matter, the mystical ex-Aeon priest was just happy to be along for the ride.  Waving goodbye, all four Unmasked Seekers exited the strange white room.

It did not take long for the party to find House Vaeshir's storefront on the Second Tier of Nihliesh.  Dealers of oddities and artifacts, the Vaeshir were very well connected within the Fahat.  Entering the glass covered store, the bounty hunters marveled at the number of wondrous pieces of the numenera on display all around them.  Each item seemed to be encased in the glass, rather than sitting on a shelf or hanging from a hook.  The Vaeshir shopkeeper offered to show the party some of the wares but the Unmasked stated that they were on a mission for the Broken Mask.  Within moments the Matriarch of the merchant house, Seskana Vaeshir, entered the store.  While she appreciated the opportunity to give the party information which could help in apprehending the debtor Raa-em, she seemed to doubt the abilities of the characters.

Seskana revealed that while her family dealt commonly in the relatively stable oddity or artifact, her husband would occasionally deal in cyphers.  Much more unstable, and often seen as less valuable due to their specialized yet volatile nature, it was virtually impossible to keep cyphers in the storefront because of their possible interaction.  But Bartrum found someone, a monk near the Southern Wall (Raa-em), who must have wanted these items, because the records showed that Bartrum made multiple dealings over the past few years with this monk.  When Bartrum died recently, of natural causes with no possibility of foul play, Seskana discovered that Raa-em was in debt to the family, to the tune of 1,500 shins.

The Matriarch sent several messengers to the Icebourne Monastery, but none returned.  The Vaeshir family does not play games, and that is why the Broken Mask was called upon to perform what they do best.  Knowing that they had a two-hundred mile trip, the party asked Seskana if she was going to outfit them for their mission.  The Matriarch seemed stunned, stating that they should have asked for this equipment from their fixer.  She did reveal to the party that Bartrum wore a lucky cloak whenever he would travel to the Southern Wall, and seemed willing to lend it out for this mission.  Later, Chase would discover that this cloak was an artifact that aided in strengthening the user's mind for a period of ten minutes at a time.

The Unmasked Seekers finished up with Seskana knowing that they needed equipment for their trip.  They would need food and supplies, and possibly even riding animals.  Unsure of how to reconnect with Gurn-Ellohesh, and knowing that the Vaeshir family wasn't going to cough up any shins, the party traveled back down to the First Tier of Nihliesh and met up at Bel's Bar and Coffins.  Chase informed Bel, his new friend and well-connected member of the Fahat, that the party didn't have the shins to put their excursion together, and asked for advice.  In a private meeting an hour later the plucky barkeep told the Unmasked Seekers that they should have asked for a stipend, which would have been basic protocol when meeting with the fixer, Gurn-Ellohesh.  Being new to the whole "bounty hunting scene", this slipped everyone's mind earlier.

Bel was happy to help set up her new bounty hunter friends with a few shins for their mission... for a price of course.  Bel told the party that they would most likely receive 35 shins a piece for their mission, and should have received a 20% stipend.  But for a fee of 5 shins each, payable at the end of their mission, Bel would front them 7 shins per person.  To this, the party agreed.  When asked about mounts, Bel claimed that purchasing snowlopers would be 30 shins each, but she could rent them through an intermediary for only 10 shins per beast.  So out of the 7 shins she was loaning, she took back 5.  The question of food and water came up, which Bel could also provide...

... which cost the Unmasked Seekers their last 2 shins.

Although broke, at least characters had passes to re-enter the First Tier of Nihliesh whenever they wanted.  Taking the elevator back down to the surface below the once-mobile city, the party sought out the snowloper dealer Bel had discussed.  Glyquorg approached the female snowloper shepherd and asked about the two mounts she was preparing.  When the woman turned around, Jak's jaw dropped.  The shepherd was Inkelli, a bald, heavily tattooed pregnant woman who just happened to be the mutant glaive's ex-lover.  Glyquorg had to chuckle when he realized that the baby Inkelli was carrying must have been Jak's.  Inkelli scolded Jak, demanded to know where he had been for so many weeks, and why he hadn't returned to help with their encampment below Nihliesh.  Despite her unique appearance, Inkelli was a mutant "groupie" and did not possess any mutations to help her get access to Nihliesh.  Jak promised Inkelli that he would come back soon, but revealed where he and the rest of his team were headed.  Inkelli was distraught.  She stated that the Icebound Monastery was haunted, that many of the Cold Desert Nomads knew this, and that Jak shouldn't go.  Unfortunately the party didn't have any money left over for a guide which would've cost another 30-50 shins.  Inkelli did tell her ex-lover that the wasteland nomad Fatoosh was near one of the outdoor drinking establishments, and that he could possibly give the party some information to aid in their quest.

Fatoosh's information was rather useful.  After Chase bought him a drink, the nomad discussed the path to the Icebound Monastery, revealing that the structure was attached to the side of the Southern Wall.  Rumors were that there were only two ways to get to the Southern Wall, to walk along the surface of the ice or to take the crevasse passages.  Fatoosh stated that the surface was far safer, despite the risk of severe storm, as there were abhumans who stalked the crevasses.  With the proper tents, the storms could be weathered, and Fatoosh knew how to make the tents.  The party had little to offer, but came up with the idea of lending the nomad a single pass to the First Tier of Nihliesh for the next few days.  When he was done resting in the city he could give the pass to Inkelli.

So the four adventuring bounty hunters of the Broken Mask set out for the icy Southern Wall.  For the first three days of their trek the travel was fairly easy, with few threats that the snowlopers could not outrun.  It wasn't until the end of the third day, when the snowlopers were out grazing on carrion that Glyquorg saw some threats in the distance.  Six reavers, mounted on three fast moving aneen were charging the bounty hunters while they were busy setting up camp.  These bandits were barely a threat.  A carefully aimed javelin from Glyquorg slew one of the aneen instantly, knocking both riders to the ground.  Jak drew his bow and let loose several arrows while Chase's onslaughts tore away at aneen flesh.  The raiders couldn't land a shot with their crossbows, and only managed to strike Glyquorg with a lance.  The murderous Unmasked Seekers laid waste to all six despicable reavers, and their incredibly valuable aneen...

..the latter of which were purposefully placed by a kind-hearted game-master who felt bad that the party's monetary woes and wanted to throw them a bone.


"Did you happen to ask about your gear before leaving your fixer?" - Seskana didn't know that her group of hired Broken Mask bounty hunters were the silent type.

"We ain't ever comin' back to this town, we're OUT!" - Jak exclaimed to the party when they left Nihliesh, not interested in paying 9th World Child Support.


I've been playing around with Andreas Walters' Non-Player Cards for a few games now, having used them at our Romano's Pizza #GetOutAndGame function and during a Gen Con Numenera game.  These cards are system neutral, and perfect for your game table, especially if you are an improvisational game-master like me!  You can pre-order yours here: