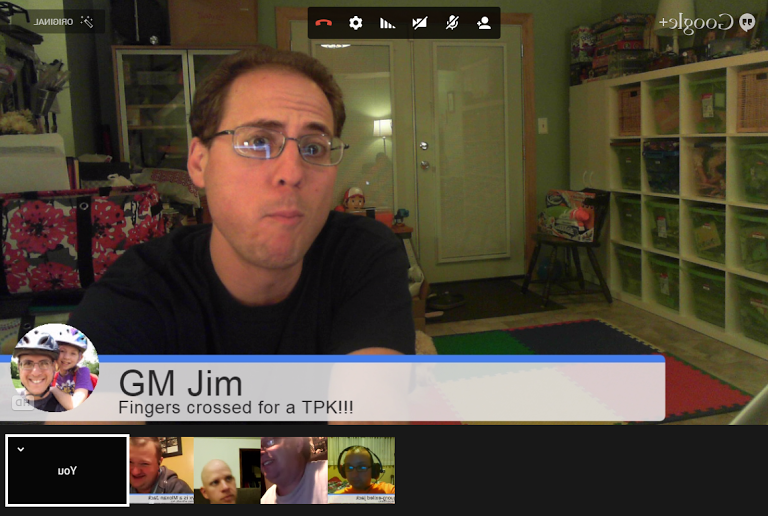 Before the team of Unmasked Seekers could continue their mission, the Mlox Jack Ralyx saw something of great interest embedded in the flesh of one of the dead hontris.  The huge avian raptors gained some of their strength by drawing living bodies into themselves, and one particular form seemed to have a few shiny objects still on her dead corpse.  Ralyx had the right tools, and during his time spent in the Steadfast was a great fan of a traveling theater act called "Doktor Q'yem, Medicine Being."  Recalling all of his favorite performances, Ralyx was able to carefully carve the hontri flesh away from the human flesh, and gain access to a rather fine looking bandolier.  The device had a pair of cyphers attached (a living solvent and friction-reducing gel), and Ralyx also noticed that some of the flesh of the hontri reacted with his mechanical mind.  When the jack placed the feather covered flesh to his own face and closed his eyes, he felt like he was flying.  This oddity was a keeper!

Once Ralyx was finished digging, Chase reminded the rest of the party that he had found a doorway leading into the mountain.  The door led to a very confined four foot by four foot passage made out of the same rusted steel as the spires and monoliths outside.  Glyquorg was glad he had his little Lemux, which would make scouting a lot easier.  The Exiled Jack affixed a glowglobe to his animal companion, and let the creature know to move down the path on its own.  Fifty feet, one hundred, one hundred and fifty, the long tunnel was exceptionally straight and strangely featureless.  Hoping that this could lead to the monastery above, Glyquorg climbed into the tunnel, followed immediately by Ralyx, and then Jak, and then finally Chase Rombek.

The quartet of bounty hunters crawled on all fours for several minutes.  Despite their light sources, the hall just continued ahead with no end in sight.  After a while, however, the entrance became harder and harder to notice, and this started to panic two members of the team.  Struck immediately by intense claustrophobia, Chase Rombek began to back up, hoping to give himself a little breathing room from the rest of the party.  Glyquorg was not so fortunate.  The jack began to have a severe panic attack, as the crushing mass of the mountain pressed on his mind.  But when Glyquorg tried to back up, he just pressed into Ralyx, who wasn't going anywhere.  Glyquorg started to become enraged and terrified [I believe the game-master used the specific term "went bat-shit crazy"] and when he couldn't move back, he started pounding on the walls.

The party wasn't sure if it was Glyquorg's commotion, or just terrible luck, but Lemux's glowglobe revealed that a yellow colored mist started to surround the party.  At first this just seemed like a nuisance, until the "mist" was realized to be a "swarm"... a swarm of biting creatures almost too tiny to see!  The yellow swarm began to devour Glyquorg, Ralyx, and Jak, while Chase felt incredibly fortunate that he had backed away from the rest of the group!  When their blades did little to affect the creatures, Jak lit a torch and started to burn them from the air.  Glyquorg liked this idea as well and so he lit a torch too.  Chase was still feeling like the little nasty creatures were too close for comfort, and since his scan didn't reveal any information of particular interest, he called up a gust of wind and tried blowing the yellow swarm down the hall.  This had the effect of dissipating part of the swarm but it also blew out both of the torches.  Fortunately for the party, Ralyx used his own hedge magic ability to set both torches ablaze again, and the remaining yellow swarm fled.

Ralyx examined one of the tiny bugs, and when he realized their ultradimensional nature, believed that some kind of portal or gate must have been nearby.  The mlox led his team further down the hallway for a few more minutes until they came to an apparent dead end.  But Chase Rombek had a gift of sight, and realized that the "wall" closing off the tunnel was actually some kind of illusion.  Glyquorg sent Lemux in to scout, and when the little cat-monkey gave the all clear the rest of the party moved into a rather remarkable room.

The chamber was large enough so that the team of bounty hunters could stand, much to the delight of both Chase and Glyquorg.  There were three alcoves in the strange room, which bared striking similarities to temples or places of worship.  Two of the alcoves, one on either side of the party, held large glowing red lights.  The alcove that was straight ahead had an elevated circular platform with a four foot diameter.  There was writing above the platform, but none of the bounty hunters could understand what was written.  The party placed a glow globe on the portal, and a ring of lights appeared around the base, with a relatively quick countdown.  Once the lights were all extinguished the globe disappeared.  Chase's scan showed that the device was definitely a teleporter of some kind (not a disintegrator!) and this was good enough for Ralyx.  The mlox stepped on the pad and was immediately joined by Jak, who both disappeared.  Not wanting to be left behind, the other two members of the team teleported away as well.

From the depths of the mountain to the very top, the party was now standing on a large rusted disk that looked out onto the cold desert as well as the peaks further south.  This whole structure seemed to be some strange continuation of the temple below, and was made of the same rusted steel.  At the northern most ledge the party could see that they were directly above the monastery, which was nine-hundred feet below.  Also interesting was that there were several cables and ropes attached to the railing, each leading down the monastery.  Some of the monastery visitors must have been using this platform to rappel down to the frozen dome.  The party faced a choice.  They could go back to the base of the mountain and climb up from the spires (about a four hundred foot climb), or descend from above.  Since they were already there, Glyquorg sent Lemux down one of the cables to scout ahead.  Actually the little creature was very useful!  Braving the fierce cross-winds, Lemux reached the end of the cable and found that it wasn't secured properly.  Glyquorg's animal companion fixed the cable, and returned to the team.

Traveling down the cable was pretty easy, and there was a small rocky ledge situated just above the monastery's dome.  Wanting to get a better look, Ralyx and Glyquorg were lowered to the barrier so that they could get a closer look.  The "dome" was actually not solid at all, but appeared to be made of liquid water.  When a hand was passed through, however, it seemed like the dome was only three or four inches thick.  Ralyx was quick to dive through the dome's edge and found that gravity changed immediately.  Whereas from the outside the dome seemed to be on the side of a cliff-face, once inside the mountainside became the ground, and the dome was above.

Slightly disoriented, Ralyx quickly took in his surroundings.  The dome covered chamber was just under two-hundred feet across with a surface adorned in ornate stone tiles.  Most of the tiles were in good condition, however a large sixty-foot in diameter open pit was located at the center, with the sides of the pit pushed up as if something had erupted at one point in time.  There were also seven dilapidated pillars in the room, with stones strewn all about.  Immediately a stone flew out of the pit towards Ralyx, who tumbled away.  The rest of the team quickly moved into the room.  Jak was second, but immediately found that "something" in the room was trying to communicate with his mind directly.  More stones were flung at the party, as the voice in Jak's head demanded that the party "leave the gifts of the past or be gone."

Trying to brave the pummeling stones, Jak tried communicating with the voice.  Quickly he realized that the psychic entity was "Raa-em", and the entity expected something in return from the party.  Knowing that the entity was probably in the pit, Ralyx charged forward to look over the ledge.  Inside there were five floating boulders, each covered in moss.  The pit was twenty-five feet deep and at the bottom was a corpse filled pool of water.  Not realizing that the rest of the troupe was trying to return with Raa-em, the mlox flung his living solvent cypher at one of the boulders, which quickly disintegrated.  Surprisingly, the same pain that was felt by Raa-em tore through Jak's mind.  This gave the party pause.  Again Raa-em demanded a gift of some sort, and that wisdom would be granted but only after the gift.

Huddling up the party realized that they had to overcome the rather significant challenge of returning to Nihliesh with four massive moss-covered boulders...

... and according to the contract, the moss-covered boulders known as the Stonebound Monk Raa-em, had to be brought back to the guild while still alive.