The Strange - Dingo and the Cosmos - Session 3 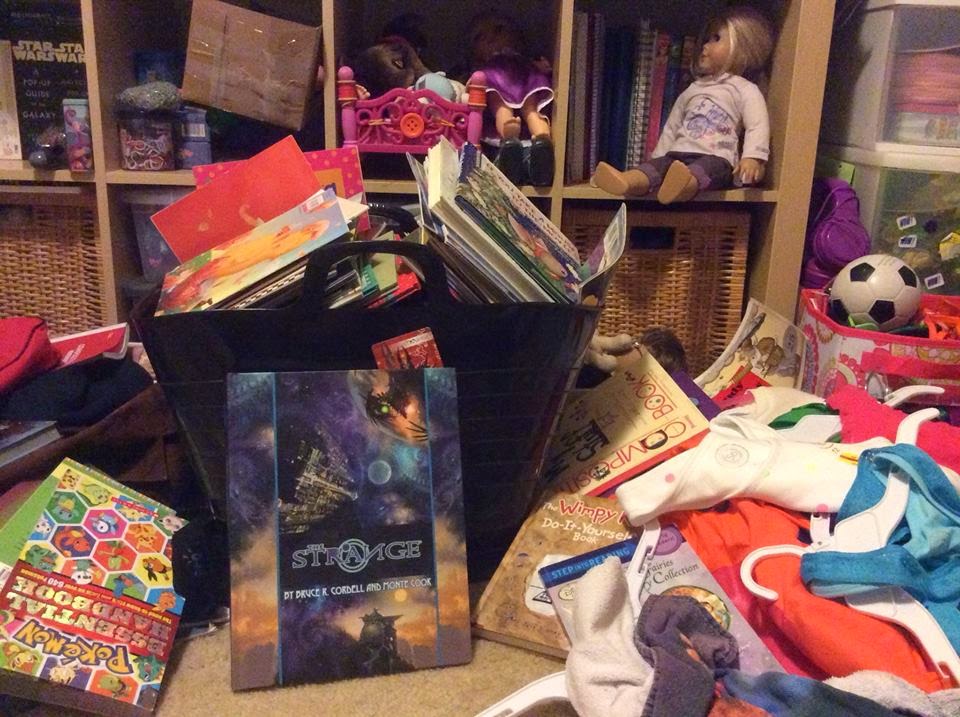 Holy crap, their room is a mess! 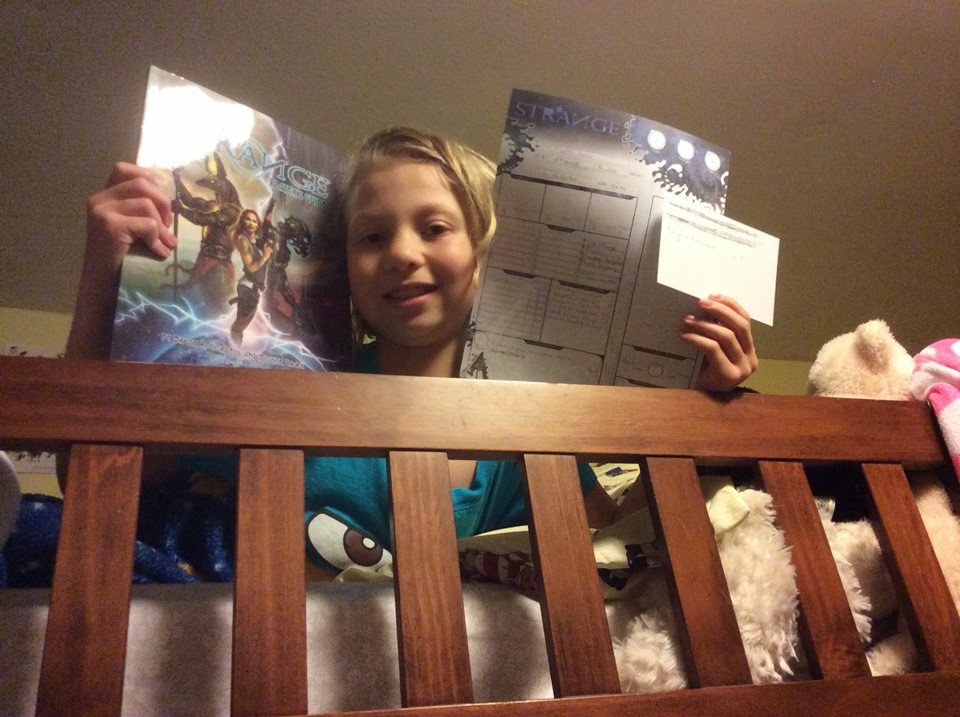 
Now that the fixer was cleaning up the mess over at the Target, Agent Dingo and Junior Agents Cosmo & Cosmo took Anya back to the car and asked a few more questions.  It was obvious by her earlier description that Anya came through an inapposite gate.  She was able to recall an abandoned building and a stone field full of machines (parking lot).  Crystal started thinking about all of the parking lots nearby, and asked Anya if she remembered a glowing set of scissors.  Anya did, which led the team to the shopping plaza across from the Target, on the other side of route 30.  There was even an abandoned Steve & Barry's in the same plaza.  The team was getting close!

Driving across the highway the party started casing the plaza.  Once they saw the abandoned discount store the four got out of the car and took a peek.  Inside, Agent Dingo noticed that most of the building was in disarray, with a shelving units strewn about and dangling wires overhead.  In the very back corner, however, there was a strange glow, shielded by some fabric covered partitions.  The front door of the building was locked, so Dingo led her team towards the back of the structure.

That's right about when the police showed up.

Someone must have called the authorities reporting that an odd woman was skulking about Westmoreland County with a trio of kids slaughtering giant alien lobsters.  The two officers wanted to investigate the scene, but as soon as they got out of the car, the girls ran towards the nearby frozen yogurt shop.  One officer chased the girls while the other stared down Agent Dingo.  Thinking that the cops were actually enemy operatives, Agent Dingo pulled out her .357 Magnum, charged forward and pistol whipped the cop.  The police officer grabbed his head and then yanked his taser, firing it at point blank range into Jackie Dingo's face.  The Estate Operative fell to the ground writing in pain, and was unable to move while she was handcuffed.

The Cosmo girls were faring a bit better.  Arianna charged into the frozen yogurt shop and once her sister and new friend were inside, locked the door.  Crystal kept Anya away from the front of the store while Arianna started filling a bowl full of chocolate yogurt.  Just when the cop looked like he was going to break down the door, Arianna opened the door and slammed the crazy-cold bowl right in his face.  The paradox then ducked while her sister the vector lobbed her dodgeball into the face of the police officer.  One blow with a chair from Arianna would drop the cop before he even knew what hit him.  When Crystal saw that Agent Dingo was in the process of being arrested she pulled out her baseball bat and ran at full speed towards the other officer.  It only took a single hit for the junior agent to deliver a knockout blow.

The team had to move fast.  Still unsure of whether or not they took out a pair of real police officers or very, very well disguised enemy agents, Jackie Dingo continued to reconnoiter the old Steve & Barry's.  The back door of the facility was also locked, but given her ability to "hack the impossible," little Arianna was already accessing the structure's security system, which was connected to a locking mechanism on the front door.  Within seconds the team had access to the building, and were scouting the dilapidated interior.

The inapposite gate that brought Anya from Ardeyn to Earth was in the rear of the old store, hidden by partitions.  On Ardeyn it might have been a beautiful rune-covered stone structure, but on Earth it was an abandoned McDonalds sign.  The team needed to deactivate the dangerous structure, but there was a guard watching.  The guard pulled his shotgun immediately upon noticing the team, but quickly had it pulled from his hands by the whip master Jackie Dingo.  The spinner was able to use her wily words to spin an alternate identity right then and there, convincing the sleepy guard that she was his superior.  Jackie sent the guard outside, and instructed Arianna to deactivate the inapposite gate forever.  It didn't take the paradox long to permanently change the structure's connection to the Strange.

The team still had to deal with Anya, though, and so Arianna initiated a translation to Ardeyn.  For Jackie Dingo, traveling to Ardeyn was going home… the spinner was a Qephilim, her true nature revealed to the Cosmo girls as soon as their translation concluded.  Crystal was now clad in armor, carrying a powerful lance and Arianna was made entirely of stone. 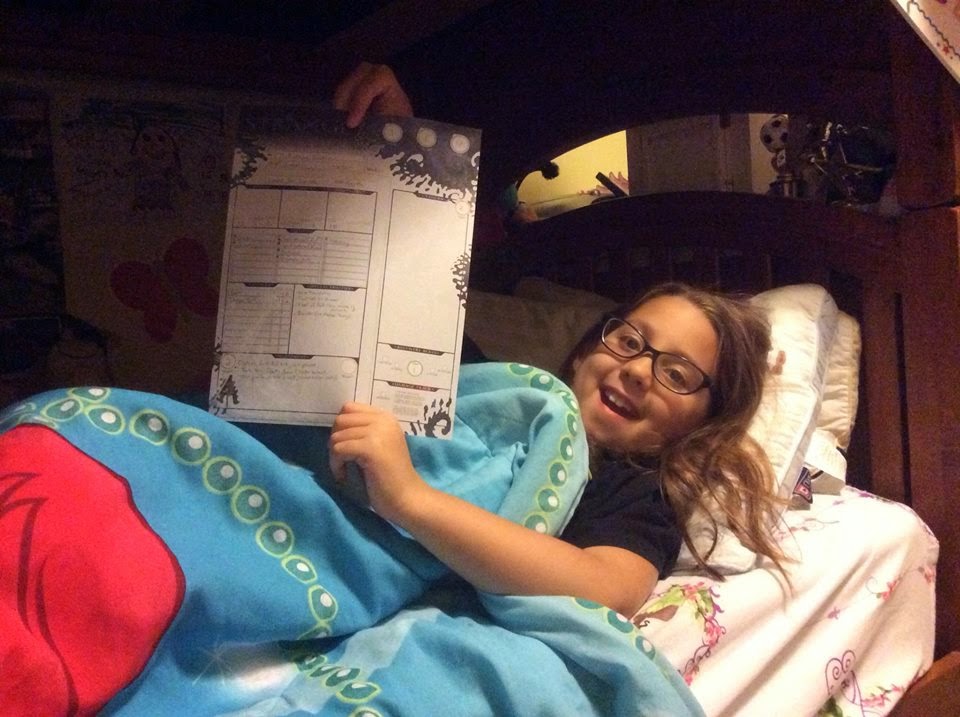 
"Alright strange children that I don't know, I'm gonna step away now." - Jackie whispered to the girls when the cops showed up.

"Can I throw a dodgeball at the policeman's nuts?" - Evie learned a new word at school… she unveiled it tonight at our game.  She swears this was the second time that she used this word… that makes it better. 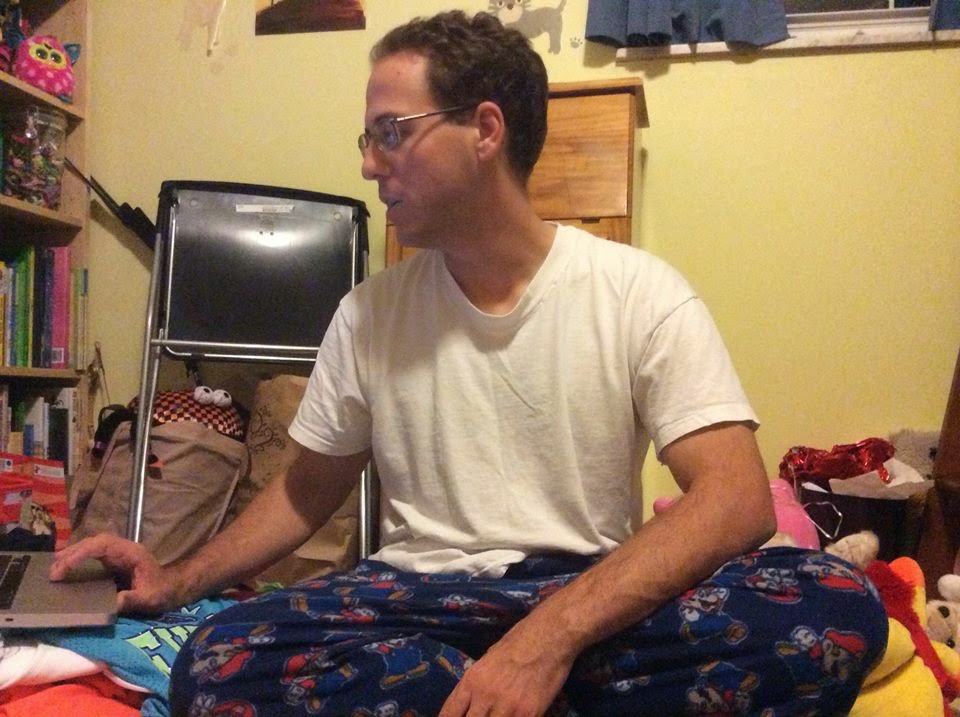 Most comfortable pajama pants ever!

Email ThisBlogThis!Share to TwitterShare to FacebookShare to Pinterest
Labels: Numenera, RPG, The Strange, The Strange RPG