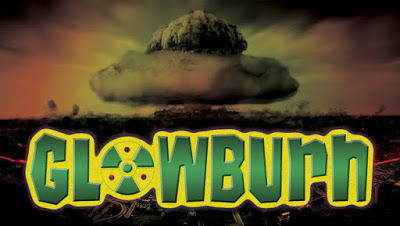 For this month's Glowburn Mutagenesis I offered up a post-apocalyptic barista's nightmare: the Living Latte!  We offered the stats for this monstrosity in our show notes, but given that I had so much fun writing this one I wanted to toss it on Living 4 Crits as well.

*Living Lattes can “Make it Foamy”, and take 1d3 damage to increase their splash attack with some extra foam, increasing the damage by +2d. This is the Living Latte effectively discarding some more of itself to cause damage.

Living Lattes are the result of neutron bombs going off in close proximity to everyone’s favorite coffee shop. The intense radiation steams the milk to a froth level that allows nearly instant spawning of new life from the foam. Not only new life… but new intelligent life. Typically this does not bode well for pure strain humans in the vicinity of a Living Latte enclave. These cups o’ joe remember the subjugation of their kind over the years and are ready to throw down!

Although they can be found in more of a puddle form (six to eight gallons for a Tallish, twelve to twenty for a Grandiose, and twenty plus gallons for a Venterific), given enough time they will create great, reinforced titanium travel mugs that serve as armor. Most coffee shops in the world before the Great Disaster had automated servers, so these reinforced titanium travel mugs have hover treads that let the Living Latte’s move about, although at a rather slow speed.

Living Lattes can have a special flavor or syrup that they’ve incorporated into their DNA. If you want to incorporate this add-on to your creature, roll 1d5:
Okay I have a confession to make...

... this isn't the first time I've created stats based on my favorite caffeine destination.  Back in 2015, I came up with rules for including Starbucks in Numenera and The Strange campaigns.  If that piques your interest, here's the link.
Posted by Living 4 Crits at 8:17 PM