Player Perspective - Intrigue at the Court of Chaos 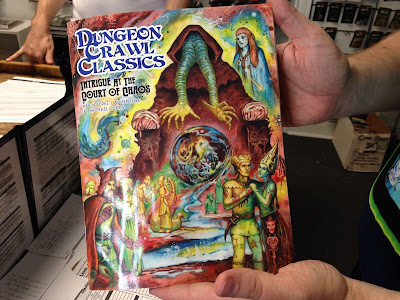 From the Other Side of the Screen

Typically in Dungeon Crawl Classics I'm experiencing the game exclusively from the Judge's (game master's) perspective. Between scheduled events at Gen Con and our regular DCC Road Crew extravaganzas at Phantom of the Attic or the Norwin Game Knights, it's not often that I get to break out my weird dice and enjoy the glorious carnage as one of the peons. I often dream of getting chewed on by demons and tentacled monstrosities, only to wake up to the realization that it's game day, and I'm the one behind the screen.

So when we had a few players not show up for this month's Road Crew event, I was incredibly eager to try out Intrigue at the Court of Chaos by +Michael Curtis! First off, this was an adventure that I hadn't read yet, and second, it was being game mastered by my good friend Judge +Michael Bolam.

I'm so friggin' glad that we were short on players this month!

Just to be clear, this wasn't just one of the best Dungeon Crawl Classics events that I've enjoyed as a player... it may have been one of the best player experiences in any role-playing game. I'm going to try and not be spoiler'ish here, and I wasn't intending to do a full write up and review, but just a few quick notes:

Oh, the best part... this was my first time in Dungeon Crawl Classics playing a Cleric! 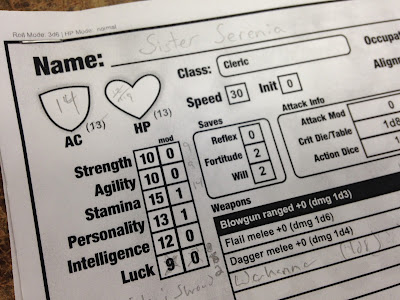 Allow me to introduce you to Sister Serenia.  As the lone Lawful character in the adventure, this module was especially challenging. Again, no spoilers, but alignment factors in very, very significantly in this adventure. 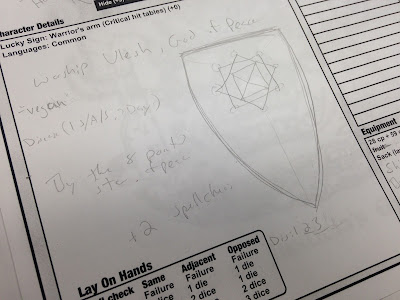 I chose Ulesh as my deity, the God of Peace.  I really wanted to fully embrace the whole "Cleric of a Peace Deity" thing, so I decided on the following:

Pretty crazy, right? Kind of a sick and twisted take on lawful pacifism.

Evie even did a portrait... 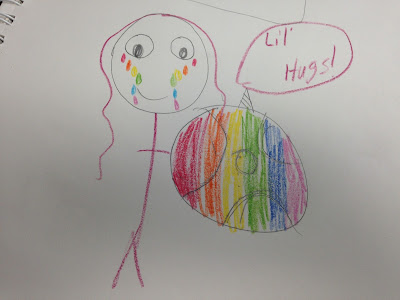 Kind of a long story with that one.  Here are some of the other characters from our game. 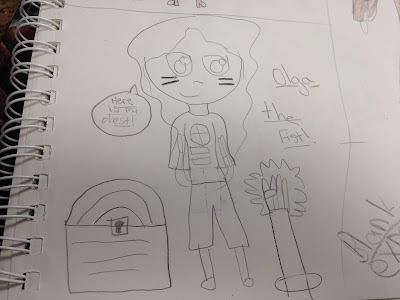 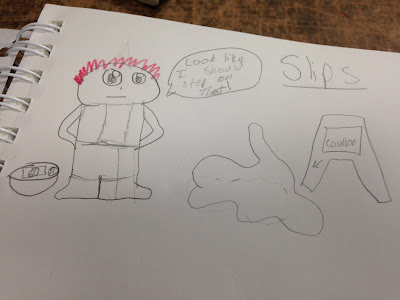 Who can forget poor Slips the Halfling, RIP (played by Jason.) 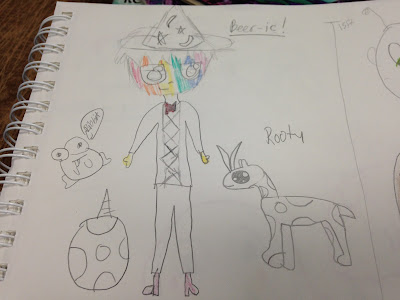 And of course there was Evie's character, Beer-ic! the Wizard, with his trusty goat Rooty.

Evie didn't do pictures for Christopher's Elf Helvira, or John's Thief Thom, but they were both there. 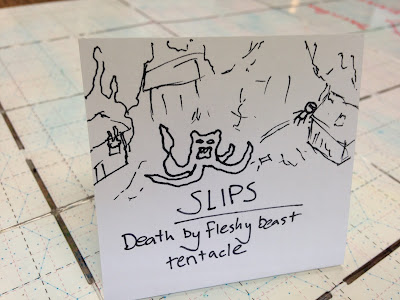 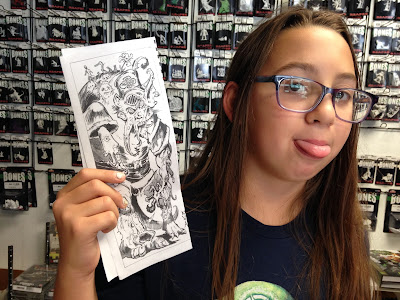 It really shouldn't surprise anyone that the last character standing in the last scene, and therefore the one that "won" the adventure was Evie. 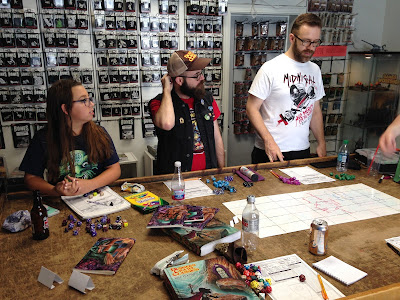 This adventure is definitely a "must buy", chock full of puzzles but with a good smattering of combat and fighting. But if you're not a Judge, and are a player, maybe you should be nice to your GM and pick up a copy for them.

Like as a gift, for all their hard work.

Thanks Michael for such a great game today! 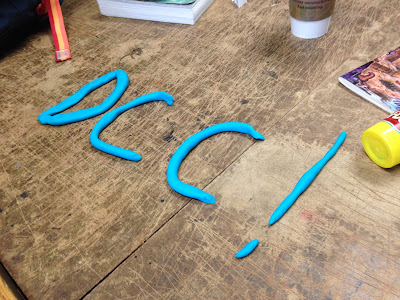