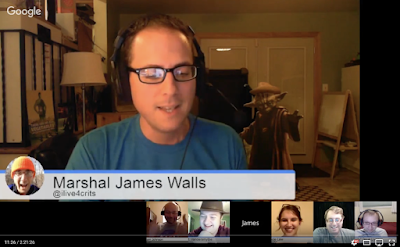 To celebrate the Kickstarters for +Pinnacle Entertainment Group's 20th Anniversary Edition of Deadlands Classic and Deadlands Reloaded: Good Intentions, I wanted to throw together a bizarre, "Mad-Lib Inspired" adventure for some of my most awesomest players.  Because I'm such an exhibitionist, I had to live stream the event for all to see... and experience!  Since this was an Interactive Actual Play, we took recommendations from the audience, creating crazy twists and turns in the plot as we moved along.

Before I get ahead of myself, here's the video of our game:

I should note that inspiration for this adventure came from a GoFundMe created a few weeks ago.  My good friends Brenna and Ethan have had a rough turn of luck recently, but are getting married in just a few weeks.  One of their family members created this GoFundMe page so that they could still have the wedding of their dreams.  I know it can feel weird to give money to strangers, so as part of my contribution I announced that I would write a wedding-themed adventure and post it on my blog.  So if you tossed a few bucks towards Brenna and Ethan's wedding, you got a full adventure out of the deal!

What I've posted here is the exact adventure that we ran last night in the video posted above.  I've filled in the details, so that you can experience this adventure with your group at home, maybe even during the Deadlands Kickstarter drive!  Professor Vandersmythe is based on the Doc Lightning pre-gen from Pinnacle Entertainment Group, and you'll see that both Shady Doug Liveaux and Father Sam are straight from that same crew.  Gracie Law and Lo Pan are original characters, but maybe I'll post their stats in a future blog post... hint hint, +Darcy Ross and +Craig McCullough.

I should also note that I'm not done posting this adventure.  In the days and weeks ahead you can look forward to the following "editions"...

Special Rule - Smitten:  The player character who is getting married is absolutely head-over-heels infatuated with the Monadi husband/bride, and fully intends to go through with the ceremony.  There is nothing supernatural about this love-connection, they just really seem to get along.  To represent this in game, give this PC the Vow (Major) hindrance for this adventure.  This is a temporary hindrance, and can only be removed should the PC be provided actual proof that their fiancee (and eventually spouse) is not what they say they are.  For being a good sport, let this player take an additional Fate Chip during the adventure.

The Story So Far

Your characters are experienced heroes, varmint slayers, abomination hunters, and well-known do-gooders in the Weird West.  Your most recent exploits had you up in the town of Snakebite Junction working for Sheriff Bichon.  Sheriff Bichon had a problem with a troupe of Intelligent Devil Bats masquerading as Clowns.  Your posse cleared out these creatures easily.  The terrible abominations had been keeping local Railroad Foremen’s as victims in a hidden basement, surrounded by vats full of sludge, beneath their Sweat Lodge lair.  Unfortunately none of the victims survived.  At the end of this exploit, however, one member of your team, Professor Vandersmythe, took a liking to a self-described Snakebite Junction local: Anna Kendrick.

The two met shortly after the battle with the Intelligent Devil Bats, while both just happened to be shopping at a local Dirty Dicks Guns & Ammo Store.  This chance meeting soon became a more formal courtship.  Anna Kendrick said that they worked as a Lawyer in Snakebite Junction, but was always dreaming of leaving for bigger and better things.

The two have been inseparable ever since, although Anna Kendrick came with a bit of baggage:  the entire Kendrick family (about thirty in total)!  They followed their kin and the rest of the posse to the next town, carting with them all their belongings and a wagon full of Whiskey, the Devil’s Water, barrels… the only source of the Kendrick family wealth.

After arriving in Dodge City the two decided to tie the knot.  Professor Vandersmythe proposed by offering a very fine Golden Pocketwatch filled with Lead, as well as a giant box of Peyote Pops.  Anna Kendrick loved candy.  The two lovebirds have set a date (today), and have a romantic honeymoon planned in Old El Paso where they plan to spend a full week horse racin’ to the railroad crossin’.   Gracie Law agreed to perform the ceremony, with Shady Doug Liveaux agreeing to stand next to Professor Vandersmythe so long as they get to dance with Anna Kendrick’s Kissing Cousin.

Lo Pan has spent several days putting the finishing touches on what will be a beautiful ceremony at the Post Office, and an exciting after-shindig to be held at the local Bath House.

For some reason, perhaps it’s because of their most recent game of Musical Chairs, Father Sam was not invited to the wedding.

Unfortunately for Professor Vandersmythe, Anna Kendrick has a deep and dark secret: they are actually a creature called a Monadi.  Part of a collective of sentient unicellular creatures that once dwelled deep beneath the bowels of the Earth, the Monadi first came to the surface in the Maze during the Great Quake of ’68.  The Intelligent Devil Bats had discovered the Monadi while traveling through California, and found them of great interest, especially in how they could don the flesh of other creatures, importing some of their memories in the process.  The Monadi were captured and kept in great vats and transported all across the West.  Many of the Monadi died during the trip, unable to consume the copious amounts of sugar necessary for their survival.  It was a sad few years.

When the posse killed off the Intelligent Devil Bats, this freed the Monadi.  The unicellular creatures knew enough from their dealings with their masters to make no attempt to let their true form be known to outsiders.  Anna Kendrick is the leader of the Monadi, a truly ancient creature, and hijacked the body of a local twenty-two year old traveler eating a giant, obnoxious lollipop in Snakebite Junction named Sam.  From Sam, Anna Kendrick learned a bit about the traveling posse of do-gooders in town.  The Monadi leader targeted Professor Vandersmythe, distracting them (and in turn the rest of the posse) while they went around town taking on the bodies of about thirty more souls.

The Monadi were shrewd to only take on travelers and vagrants in Snakebite Junction, and knew they needed to move on to another town.  Unfortunately about half of their number still remain in the vats (disguised as whiskey barrels) once kept by the master abominations.  The Monadi plan to celebrate the nuptials of the two “love birds”, and during the shindig that follows, use the cover of cake and liquor to lure the guests and participants of the wedding back to the vats so that the rest of the unicellular creatures can find human hosts.

This adventure should play out as a nice, big wedding celebration, ending of course with the attempted murder of the PC’s and all of the wedding guests.  Immediately after reading the The Story So Far take the adventure to the ceremony location and describe the scene.  Given that this is going to be cooked up on the fly, try to focus on a similar looking area and map from a previous experience or game.  Since this will be something “communal”, most likely the players will choose a church, saloon, restaurant, or perhaps even a barn.  Try to describe this scene as best as possible, especially noting the following folks at the scene:


The adventure should play out in three sequences.  First, start with Cake Nightmare, which highlights the very first “glitch” in the wedding, as the cake is missing.  The next sequence, No Objections covers the wedding itself.  Finally Shindig features the last encounter, with the PC’s discovering the terrible truth about the Monadi, hopefully before anyone dies.  Somewhere in the middle, the GM is invited to run one or more of the optional encounters that will make the ceremony a bit more interesting. 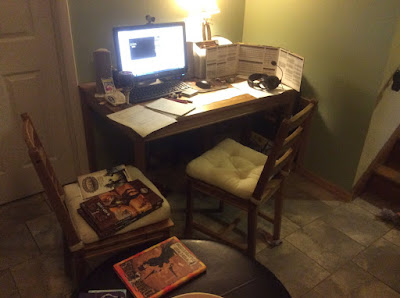