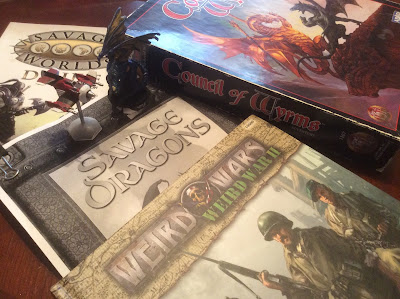 Where to Place Your Dragons

Earlier this week I jotted down some notes for a new, dragon-themed mini-campaign for our family.  +Jennifer Walls, Carrie, Evie, and Cooper are my favorite players, and I'm always looking for ways to bring everyone to the table with something unique and innovative.  We've played with dragon-PC's before, during Thanksgiving 2014 when we dragged my parents to the table for Council of Wyrms.  That particular game session became legendary as my dad was quite disruptive at the table, and almost warranted a "player time out!"

Disinterested in running AD&D 2nd Edition for the family again, I grabbed my Savage Worlds books and took to the internet in search of some kind of Council of Wyrms fan conversion.  Just when I thought I was going to have to create some kind of dragon conversion notes on my own, my good friend +Ray Slakinski pointed me towards Savage Dragons!  A Savage Worlds fan product written by +Richard Woolcock, Savage Dragons is full of rules for playing dragon-PC's in just about any setting you could imagine.  The racial rules are completely balanced so that game masters could include dragon PC's alongside any team of adventurers.

This absolutely free fan project was perfect for my needs!

With the rules in hand I sat my family down and gave them a pair of options for this game:

Option 1:  The player characters are hatchling dragons.  Breaking through their shells and stumbling out into a beautiful and mysterious fantasy world, the dragons find adventure at every turn!  Magic embraces the lands of this strange new world, and the Dragon PC's must learn to survive and thrive while mastering their own arcane-imbued forms.  A fantastical sandbox, in this campaign the player Dragon PC's will be set along a path to find their parents, unlock their ancestry, and make contact with the enigmatic Dragon Sage.

It should be no surprise that Option 2 was a unanimous decision.

I've got some work to do on the first adventure still, but over the last few nights we've used the Savage Dragons rules, combined with Weird War 2 Campaign Setting, to come up with a crack team of dragon commandos. 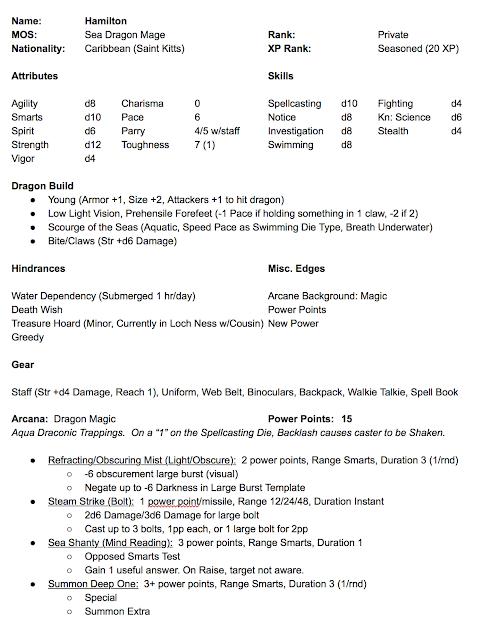 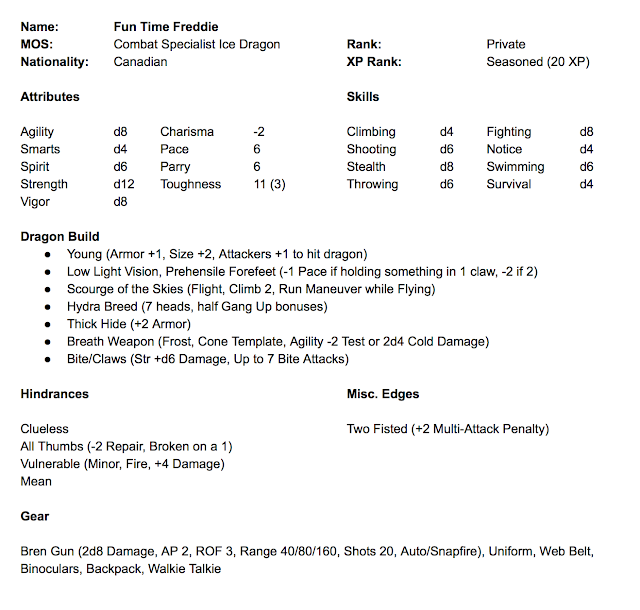 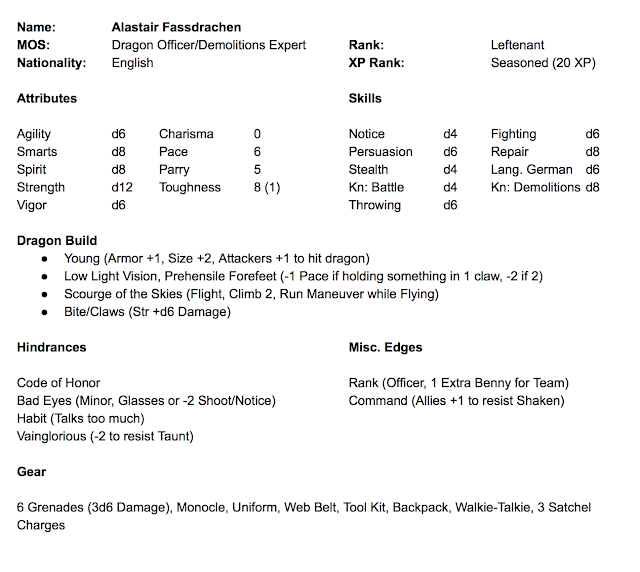 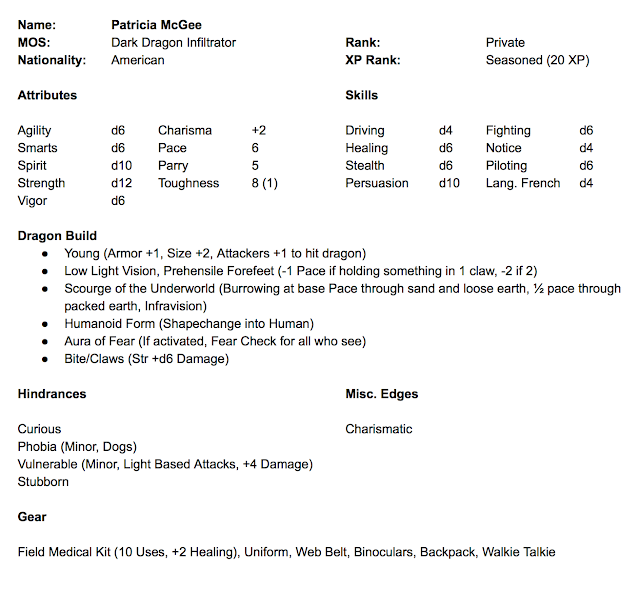 So long as no one else comes down with the cold thats affecting our family, we're slated to play the first game of this mini-campaign Saturday night.  I'll probably discuss more about the inspiration for this twisted take on the Weird War 2 setting in that post, but until then please feel free to share your own thoughts and ideas on this project.  While I'm thinking this will be a lot of fun for our kiddos, I'm also excited to try this same theme with some grown-up gamers!
Posted by Living 4 Crits at 6:19 PM