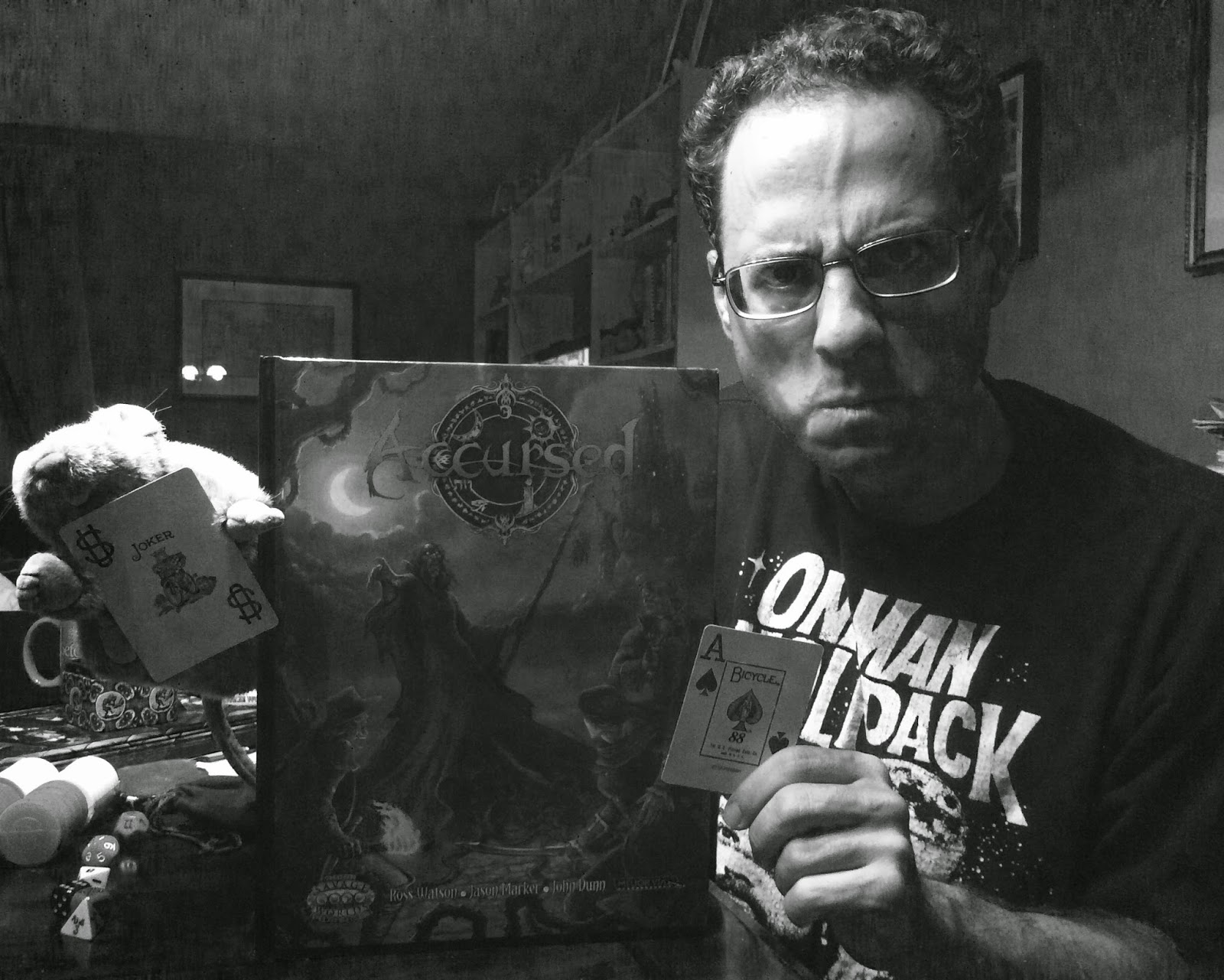 If this is your first time reading our Avernus Availed stories, please feel free to check out our first two posts that discuss some of the campaign backstory and character design.

It had been fifty years since Avarice Avernus saw her two children.  Her quest to find Annaria and Adelaide, who were both captured by the Witches during the Bane War and turned into Accursed, led to her own acquisition of a dreaded Witchmark.  Perhaps drawn by fate, the three family members met on a dark and cool evening at the end of summer, just outside the walls of Augsing.  Located deep within Valkenholm, Augsing was a bustling commercial hub before the war, but now it remained as a dark den of fear.  Still, for the Avernus family this was home.  Annaria and Adelaide met first, each recognizing the other, although shocked at their horrid transformations into Dhampir and Shade.  Believing themselves to be alone, they were surprised when a slow and lumbering figure started to walk towards them from out of the darkness.  The figure had it's arms outstretched, and moaned slightly.  Preparing for an attack, Annaria reached for her crossbow but both Avernus girls were surprised when the figure actually spoke.  Although desiccated and "corpsified," this mummy was the Matriarch of the Avernus family.  The three undead women hugged, and said a few words to each other.  When each mentioned Alistair Avernus, husband, father, and patriarch, there were no answers… not yet.

With no time for continued chit-chat, Avarice motioned for her daughters to move towards the city walls.  It would be dark soon, and even though the mother and her daughters had gained some impressive skills serving the forces of darkness in the Bane War, there were creatures that lurked in the woods of Valkenholm that were best left undisturbed.  Approaching the gates to the city, Adelaide spared no time before tormenting the living with her powers.  Coming out of the shadows, the shade enabled her aura of fear which drove the two poor souls away from the gates and north towards the river.  When Avarice scolded her daughter, for the gate remained close, Adelaide winked and then passed through the gate as if it weren't there.  Turning corporeal on the other side of the wall, Adelaide raised the gate allowing her sister and mother to enter the town. 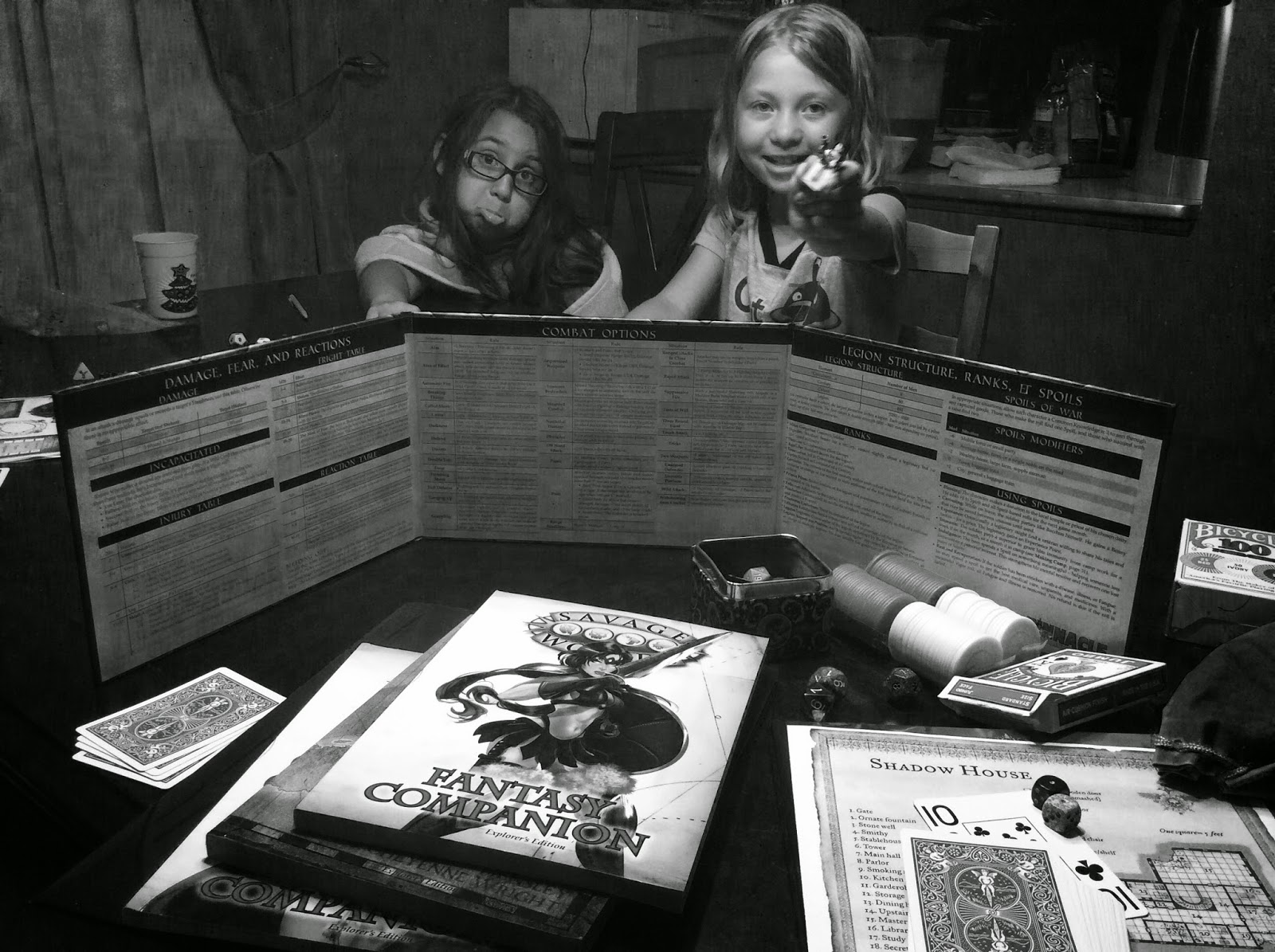 Even though it was still early evening, everything was quiet in Augsing.  Avarice shrouded her sarcophagus-armored visage and shifted her fine hat before approaching a shopkeeper to inquire about the vineyards of Avernus Libations.  Despite her strong and proud manners, the mummy matriarch's memory was a bit cloudy and confused, and she did not remember where her own house was.  The shopkeeper was happy to point the three family members to the south gate, stating that Nester Nihlity, caretaker of the Avernus family vineyards, still maintained the home which was located a mile south of the city walls.  Faced with a choice of exploring Augsing or heading home, the three chose to get to the estate before nightfall.

Approaching the Avernus estate, named Muridae Manor by Avarice when it was first built sixty years ago, the matriarch was horrified (as much as a mummy can be horrified) to see that the once strong and powerful structure was in very poor condition.  Made of mighty stone and strong timbers, Avarice assumed that the home was used as some kind of fortification during the Bane War, as many of the walls were shattered and broken possibly by cannon fire.  The lands that surrounded the estate, once vineyards for Avernus Libations, were now full of weeds.  Avarice's wrapped face grimaced beneath her sarcophagus armor.  Uncle Nester would have some explaining to do.

Walking through the entrance the three undead women saw a fire burning and a quartet of ruffians cooking an unknown variety of meats over the flames.  Obviously bandits of some sort, Avarice called out to them, demanding that they leave Muridae Manor.  The ruffians shouted back that they were hired by the "old codger" that lived inside, and that they were his protection.  Avarice explained that if they worked for the Nester, they now worked for her, for she was the true owner of the estate.  When the men demanded coin for their patience, Avarice simply scoffed "no" (although she pronounced it "nee-oh".)  The ruffians didn't quite like this response, so with spear and club in hand they each stood up.  Avarice was pleased to remove her mask, showing a mummified face covered in grotesque bandages. 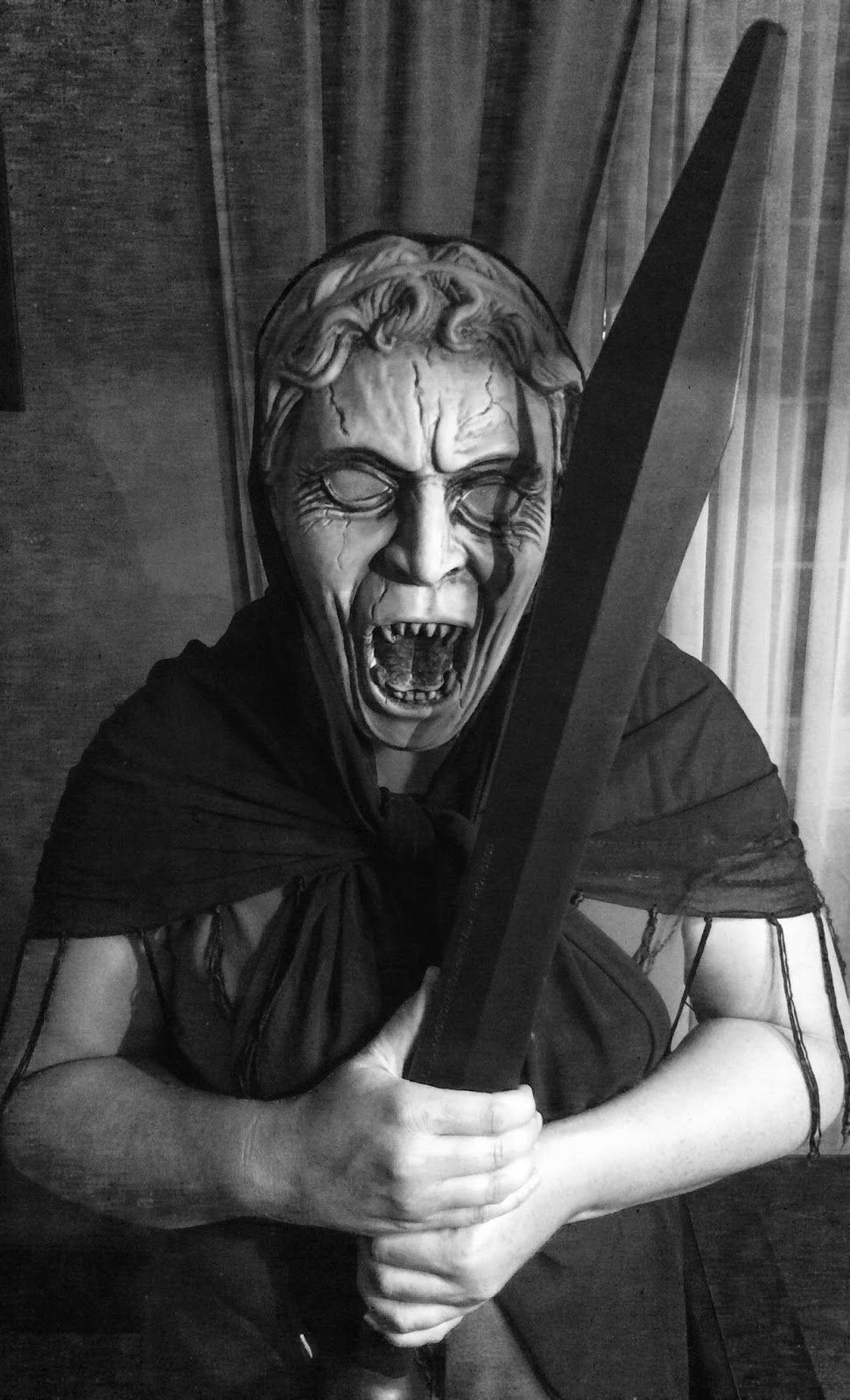 "Accursed!" shouted the leader of the bandits, as he charged forward with his men to attack.  As fast as they were, they were nowhere near as fast as Adelaide and Annaria.  The shade quickly became incorporeal and passed into the ground below the bandits' feet while the dhampir leapt onto a nearby rooftop while drawing her crossbow.  The bandit leader began to swing his club when he was shot with one of Annaria's crossbow-bolts, but his other three men still continued the attack.  Annaria was sliced by a thrown spear, and Avarice was hit in the leg by a ruffian's club.  The bandits thought they had the better of the Witchmarked trio until Adelaide sprung up from the ground below their feet and shot one with a pistol at point blank range.  A second, the leader, fell to Annaria's musket just after pulling a bolt from his shoulder.  Avarice easily dispatched the last two bandits, slicing down one with her longsword while stabbing a second in the mouth with her heavy rapier.

While the three Avernus women cleaned up the mess, an old man emerged from Muridae Manor.  He squabbled a bit with Avarice when he realized that the mummy was his sister.  Unfazed by his sibling's transformation, Uncle Nester begrudgingly handed over control of the estate to Avarice but gave her one warning.

"There are rats in the walls…" "Are you my mummy?" - Adelaide to Avarice

"I'm bettin' I don't smell good if it's hot out." - Jen wasn't sure how her wrapped body would hold up in the summer.

"Lip winning tool?" - Evie was pretty tired and was trying to read her list of hindrances, one of which was "Unwitting Tool"

"You're that dude from the movie… the one that stabs people in the head." - Carrie to her mother, referencing "Olympus has Fallen," after Avarice took down two ruffians at once.