What I Loved Most About D&D 4th Edition 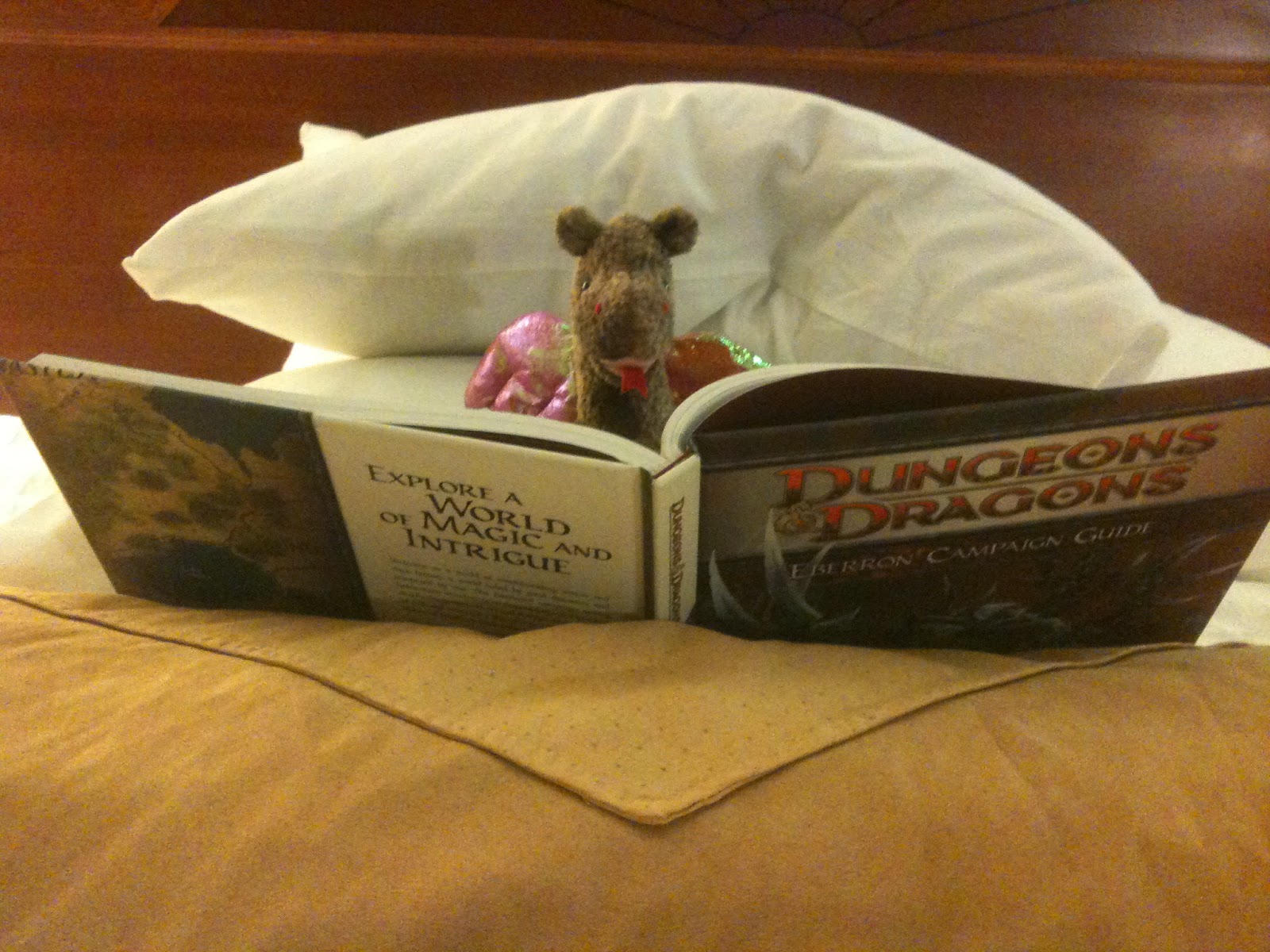 Let me start off by saying that I am in no way trying to go down the path of the dreaded "Edition Wars".  Personally, I share the feelings of Bill Cavalier (aka the Dungeon Bastard) in that I support people playing any edition of D&D, and have found value in each game system that I've played myself.  Just wanted to put that out there! 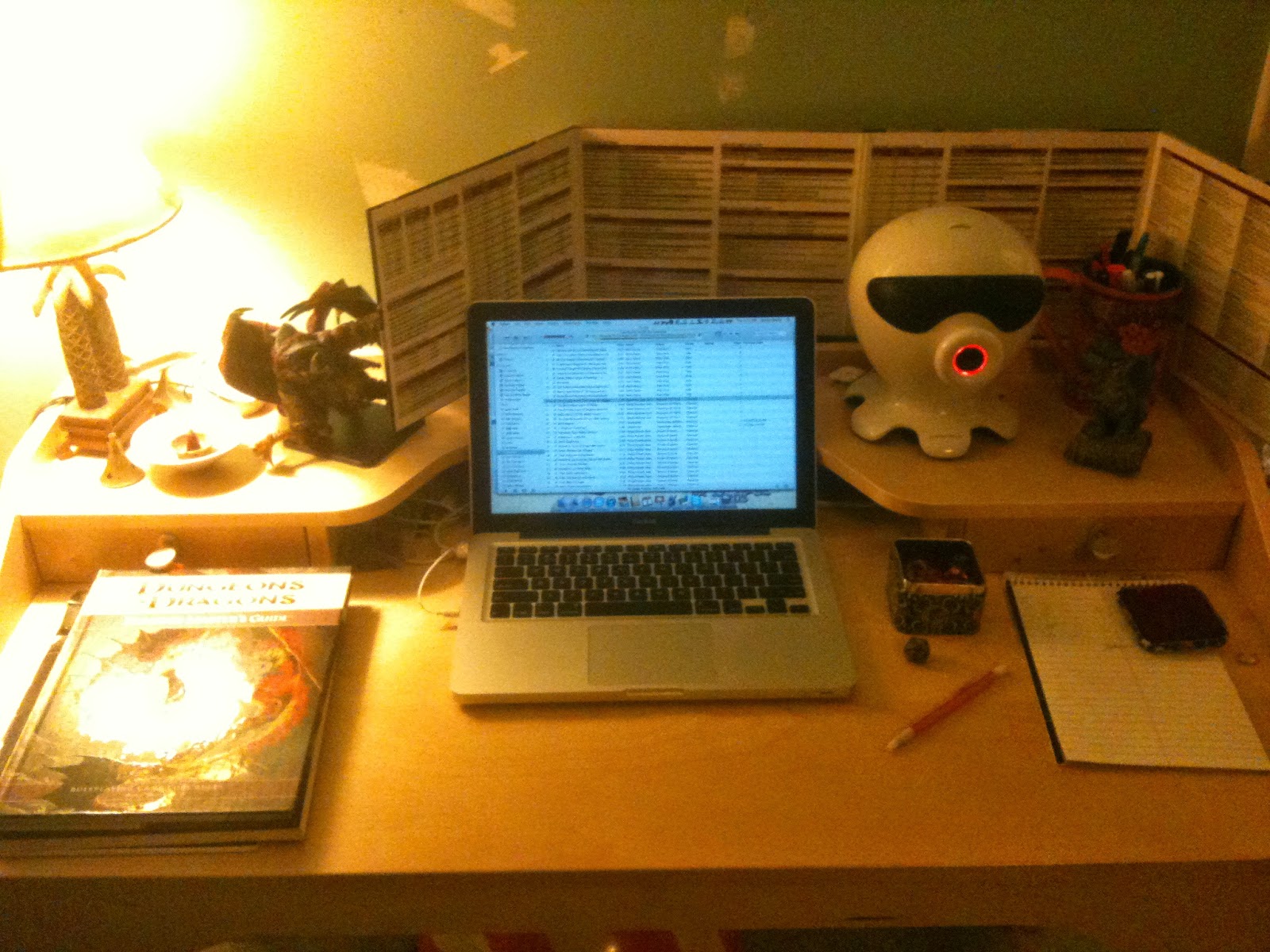 My table
Okay we're back...

With the 5th Edition of Dungeons and Dragons hitting the shelves in the form of the Starter Set, and more announcements pending in a few weeks at Gen Con, I've seen the internet blow up with news and reviews of Wizards of the Coast's new system.  This is fantastic!  There is nothing better for our hobby than to see social media, forums, news outlets, and other websites focusing on this big release and shine a little light on role-playing games.

But I'm not here to talk about the new edition of the game for two reasons:

I think I'm somewhat qualified to chat with you a little about 4th Edition however, since I've run multiple campaigns using the system, including Ravenscape (Ravenloft/Planescape Mashup), which lasted 100+ sessions and went from 1st to 30th level.

But if you have read my other blog posts you'll see that I don't play 4th Edition D&D anymore.  I've moved on to the Cypher System (Numenera and The Strange), Savage Worlds, and OSR games like Basic Fantasy RPG.  But back when I played 4th Edition I was in a much different place in my life.  I was trying to balance a growing family (2 kids, with a 3rd added on later), a full-time career in operations management, and grad-school (I was going for my MBA).  This left little time for gaming, and most importantly game-prep.  But I still wanted to play regularly, both as a creative outlet for my own storytelling as well as a way to stay connected to the "reality" of a fantasy world.

That's when 4th Edition Dungeons & Dragons came to the rescue! 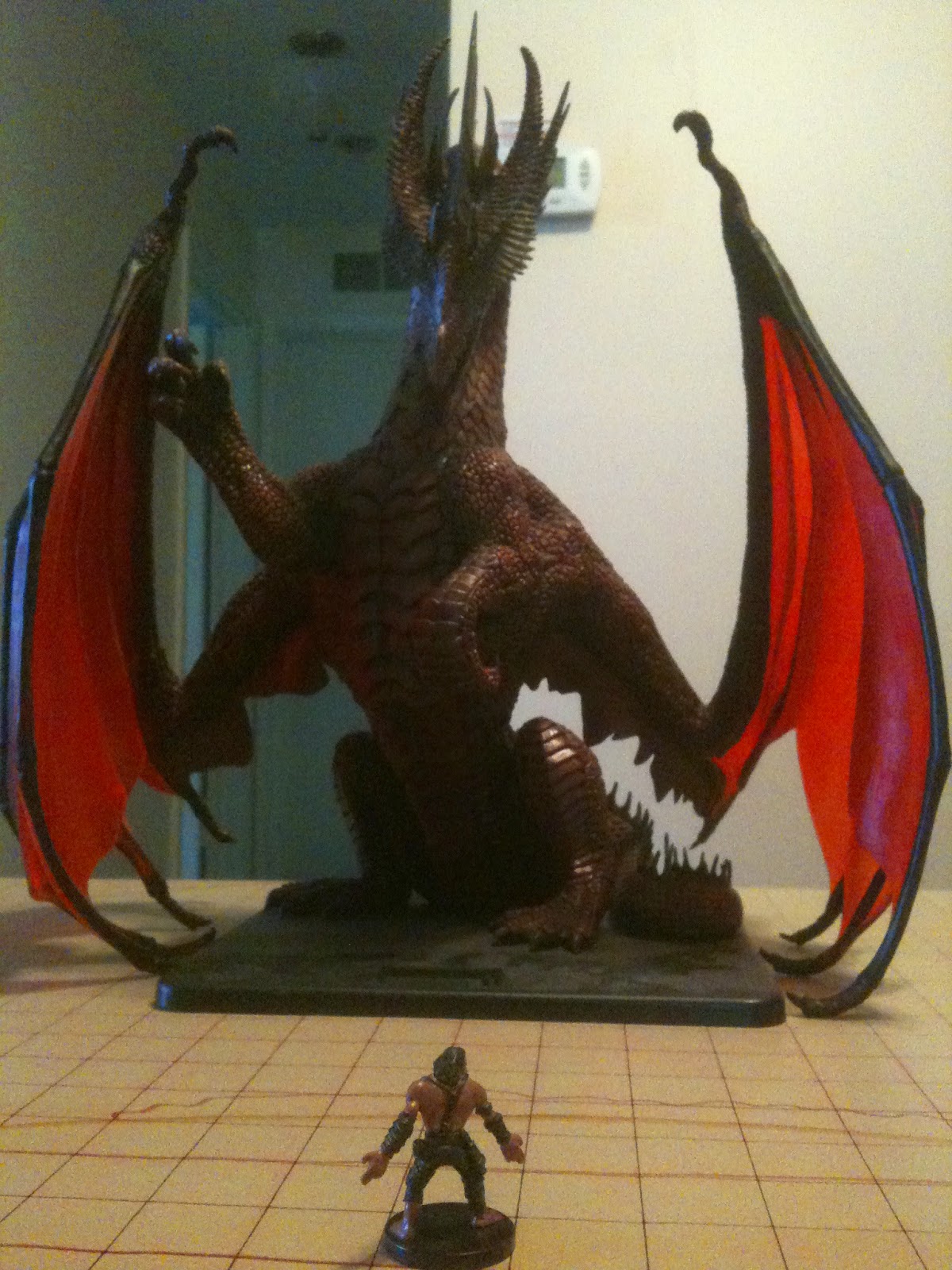 Come at me bro!

I was able to write and run adventures completely on the fly with 4E.  Many of the books, like Open Grave (one of my favorites), came with short scenarios, usually with three encounters.  Since I was completely strapped for time, my typical adventure prep session would go as follows:


Now technically there was a step before Step One, where in the session prior I'd get an idea of what the players wanted to do next.  Also to be completely fair, most often Step One could be a very involved step, where I came up with lots of backstory to an adventure, all scrawled out on notecards while on a lunch break or during an especially slow class.  This was the case for many of my adventures, such as when the players role-played a legal battle in the City of Doors (I called that one Law and Order: Sigil Edition).  But I can promise you that Special Delivery, Parts 1 through 3, where our heroes had to deliver infernal sausages to some demons in the Abyss was just a bunch of encounters strung together battle after battle... after battle.

And literally, that was three sessions and three encounters… because 4th Edition. 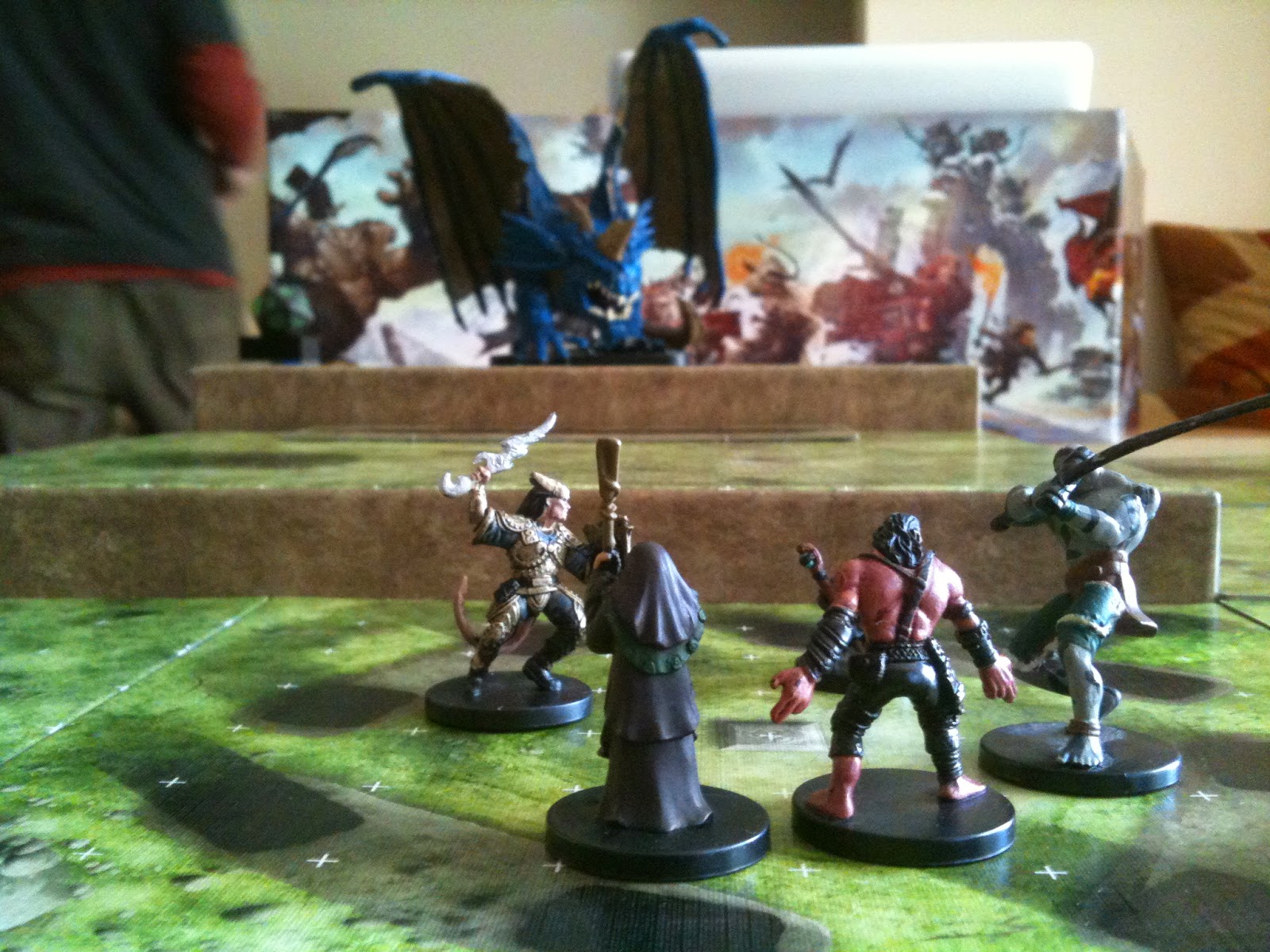 At the start of a 4 hour encounter… ugh!

But despite the challenges that the system presented, and the arguments from some of the players that the game was so different from previous versions, 4E kept us playing during a period of my life when I'd typically have no time to prep adventures.  Granted we had a very special cast of players, including two friends from my middle-school days and my brother, so when the rules broke down we just ad-libbed and talked through the encounter.  Maybe if I had a crew of rules-lawyers this would've been different, but I was quite lucky.  We continued with 4th Edition for a couple years after I finished my MBA, but when the Ravenscape Campaign ended the group disbanded.  With more time on my hands I gravitated to different systems, and even started taking a closer look at OD&D and OSR games, since by then my eldest daughter was ready to start rolling dice in earnest. 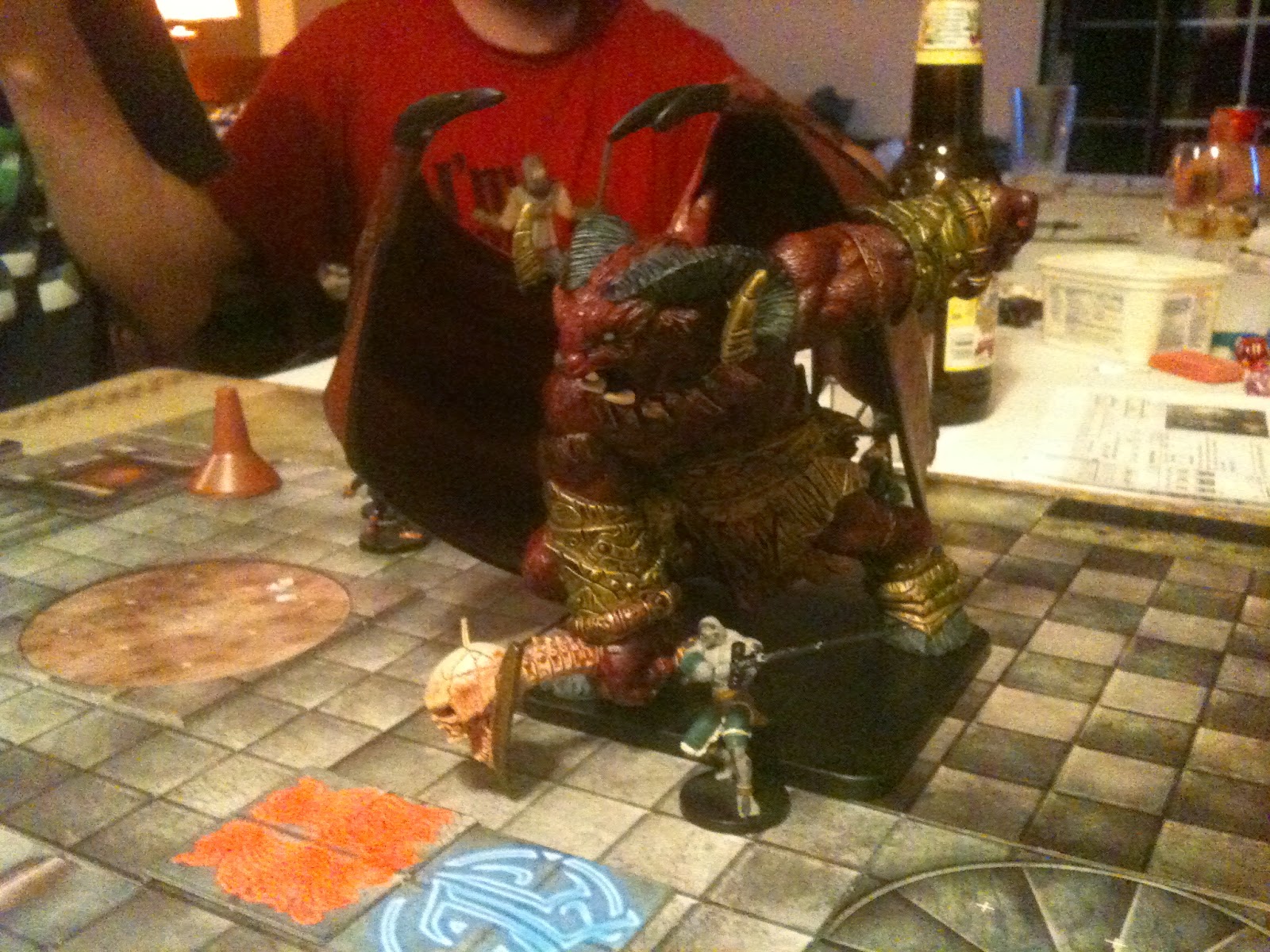 Ravenscape's last encounter with Orcus, who was one of the PC's father

My 4E collection is barebones now.  I sold and traded many of my books last fall in order to help fund my new Kickstarter habit, so there is no going back.

Dungeons & Dragons 4th Edition was far too balanced, had encounters designed to railroad players, and destroyed theater of the mind style combat by requiring battlemats for even the simplest scuffles.  But for a Dungeon Master desperate to play D&D while having absolutely no free time, it was the perfect.

That's what I loved most about D&D 4th Edition. 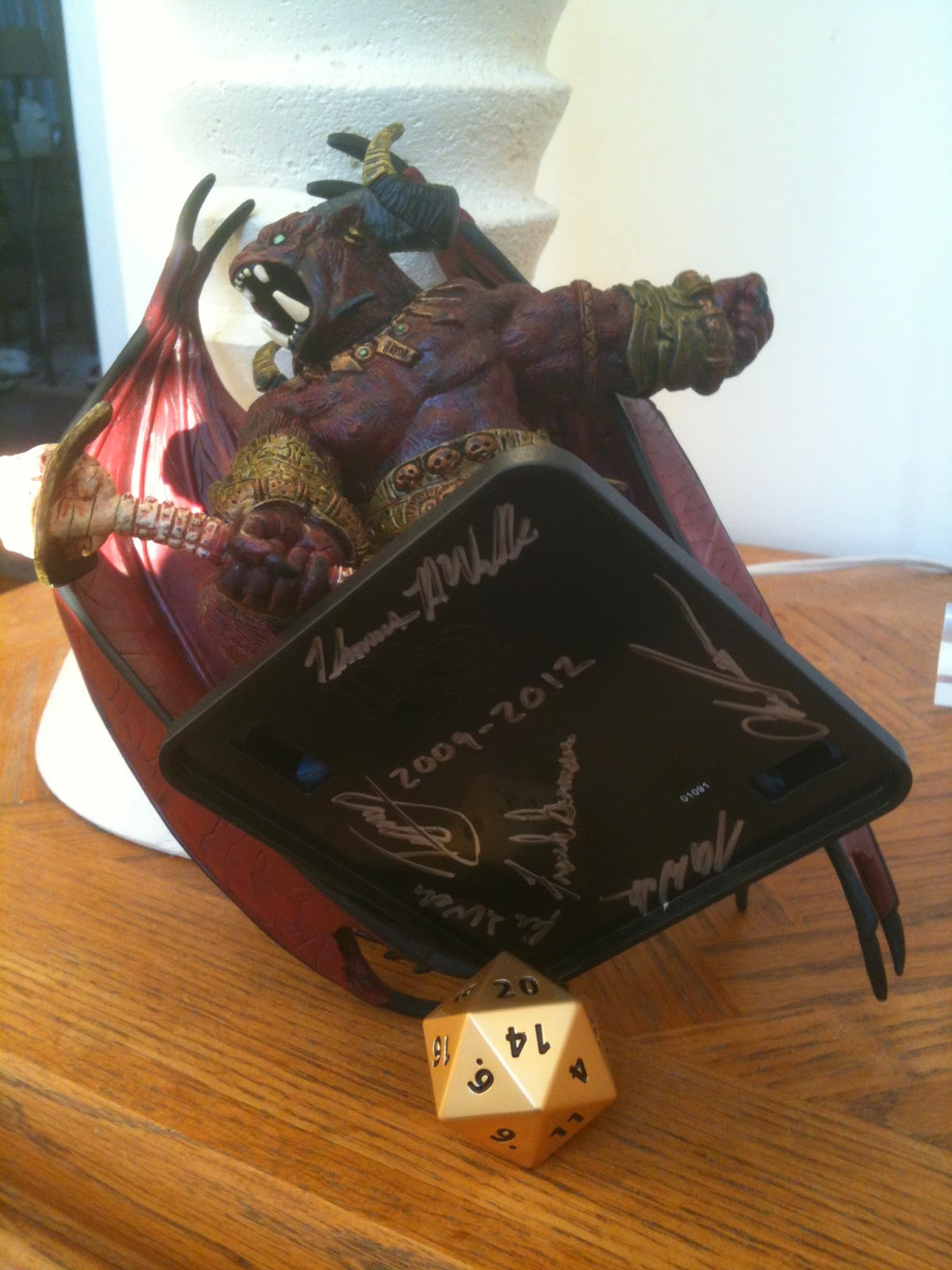 My Ravenscape players signed the bottom of Orcus after our last battle, and one of them gave me this amazing "golden" 20-sider, which I still keep on my desk.