A Week of Star Wars Gaming - Part One 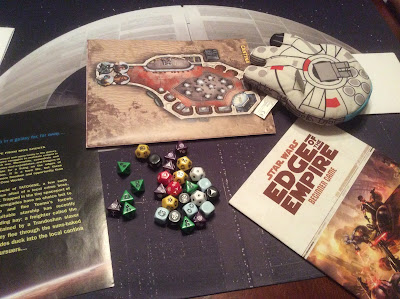 I know the Living 4 Crits blog has been quiet, and I apologize.  Between work, and school, and soccer, and Halloween prep (it's our favorite holiday), getting time to blog, let alone game, is a real challenge.  This is the ultimate curse of adulthood.  I have the cash to buy some awesome games without asking for my parents' permission, and yet I don't have the time to play them all.

I thought I'd showcase how we've been able to squeeze in at least a little gaming, despite the crazy schedule.  With Star Wars Rogue One on the horizon, our house is erupting into full Force Fever.  We watched Episode 7 over the weekend... twice... and are ready to finish season two of Rebels.  Evie and I did some X-Wing dueling on Sunday night, and the entire family decided to give Star Wars - Edge of the Empire a try.

So here's our Star Wars themed "week in review," part one... 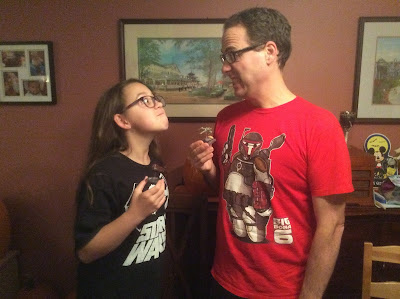 Another grudge match in the Walls household, this time between Evie and me.  I guess technically that's virtually every grudge match, between we are the only two regular Star Wars X-Wing Miniatures Game players in the house.  Carrie, Cooper, and Jen occasionally play with us, but it's rare. 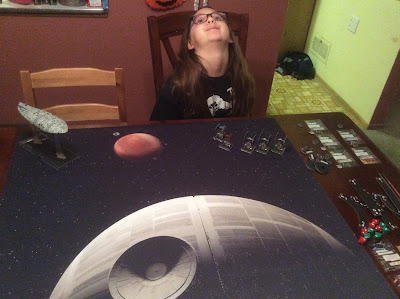 Surprise, surprise, Evie showed up with a pair of TIE-Interceptors and three TIE-Fighters.  Originally we were going to go with two 100 point teams, but we scaled back to 80 points because of it being a school night.  Not that we finished, since we ended up pushing way past bedtime...

We did get to dust off our medium freighter miniature though, so that's a win! 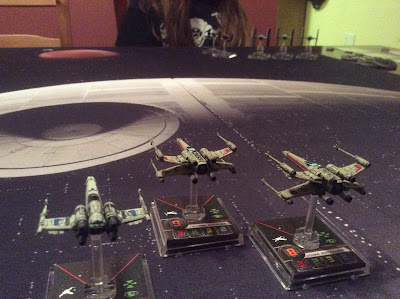 A view from my side of the table.  Two X-Wings and a Z-95 that managed to get blown up in the first turn.  Go #TeamJames. 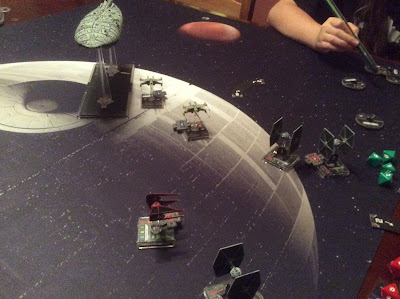 I have to say that I held my own pretty well during this game.  It was five on two for a good portion of the session, until I lost an X-Wing in the last turn before calling it a draw.  Technically Evie won on points, but don't tell her that. 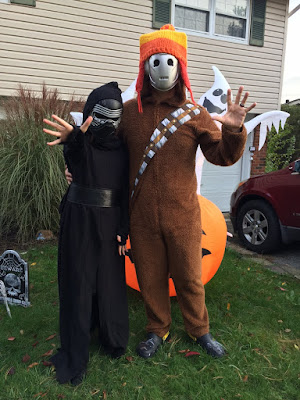 Not a gaming night, but for Halloween I went out with Kylo Ren (Evie) as my own Star Wars/Firefly/Doctor Who creation: Cyberbacca Cobb! 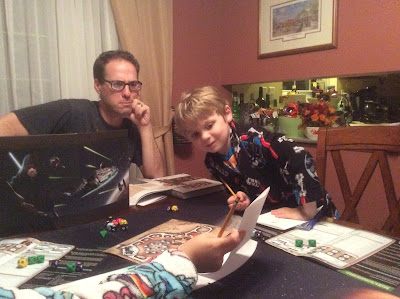 We gave Star Wars - Edge of the Empire another try on Tuesday night!  I've had the opportunity to play Age of Rebellion several times over the last year, but it's been about eighteen months since I've attempted to gamemaster Fantasy Flight's Star Wars system myself.  I've gotta say, the beginner's box for this game is fabulous!  It's incredibly easy to get a game going, and the first adventure helps guide a GM step-by-step through the process.

Jennifer and I are trying to make a commitment to play something every Tuesday night, no matter what happens with our schedule.  It just so happens that we almost weren't able to make good on this first promise.  I had to work late, Jen had to work (she usually works Mondays instead of Tuesdays, but took off yesterday for Halloween), and there was some confusion with bath schedules.  But we were committed... 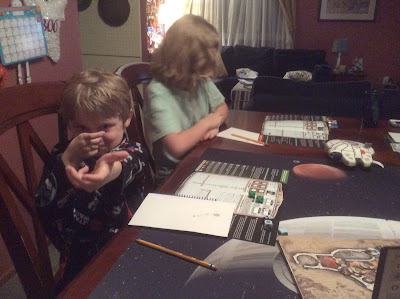 For Episode I of Escape from Mos Shuuta we had the following players and characters: 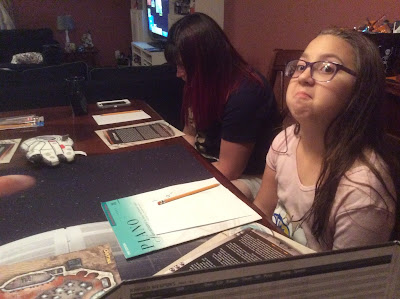 A common silly look from Evie for the evening.  All-in-all, we had a much easier time with the dice mechanic than I expected.  I remembered last time having to spend a lot of time working through the results, but these kiddos picked up quickly.  It helped having character sheets that cover and explain all of the details. 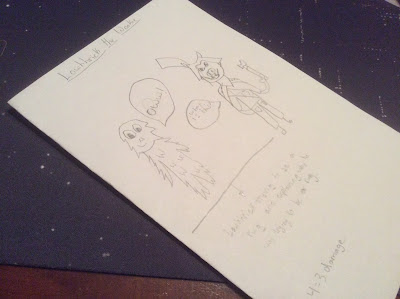 I think the high point of Episode I for us was Evie trying to hide from the Gamorrean Guards.    With her brother hiding in a closet, and both her mom and sister behind a stage, Evie decided to have her wookie try and impersonate a rug...

Furthermore, when Evie yelled "ouch!" I told her that her character did the same.  The dice result made sense as well.  This, of course, led to a fight scene. 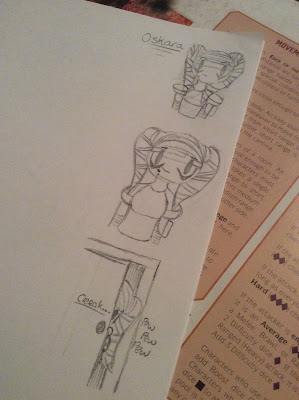 Carrie, our clever artist, illustrated the scene with Oskara sniping the guards from behind a doorway. 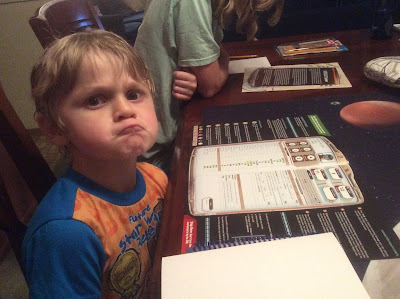 Reading the character backstories aloud, covering some of the rules basics, and playing the first two encounters took us just over an hour, so we decided to pause the game...