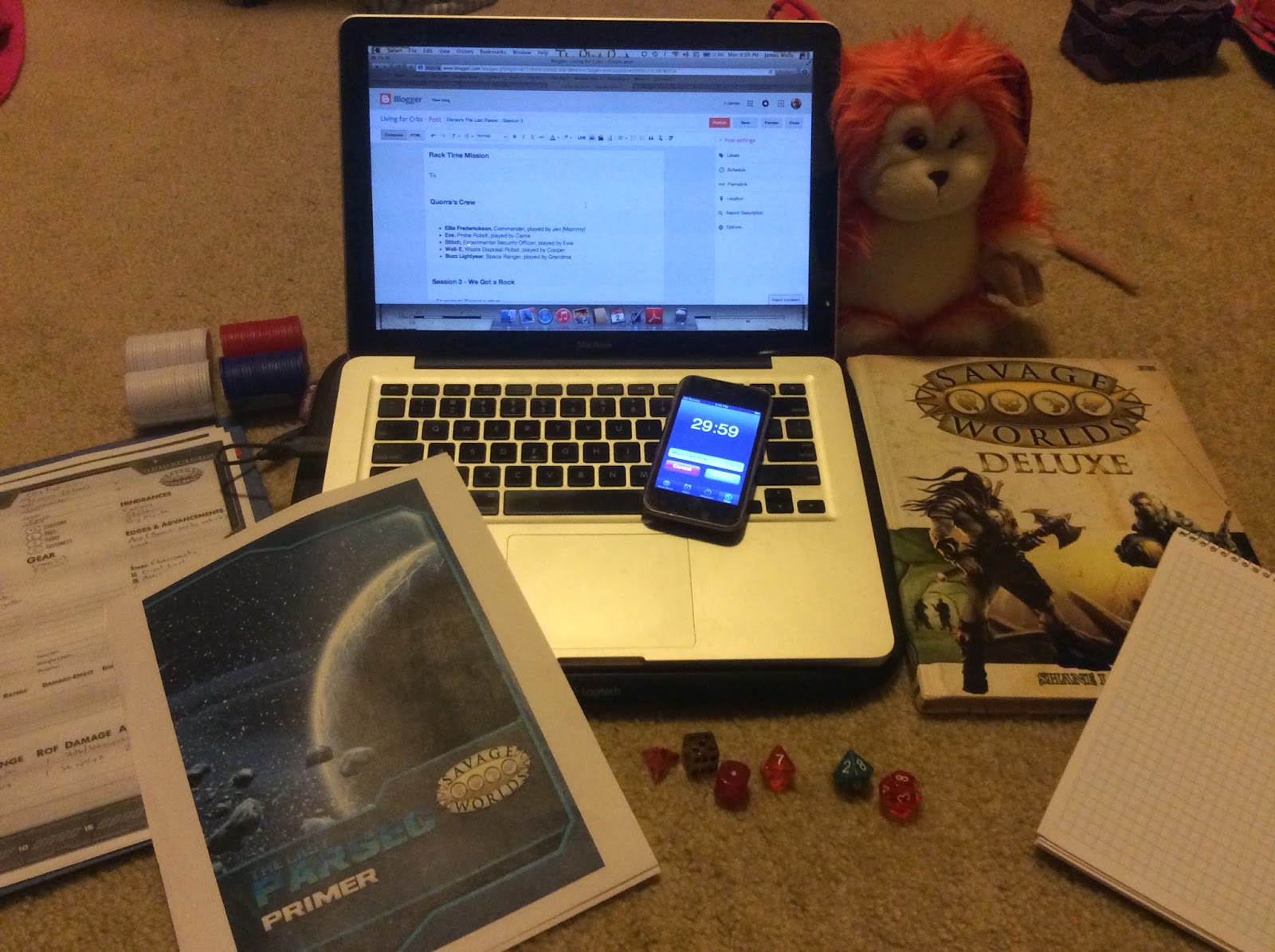 It was 9pm on a school night and my daughters wanted to game.  Over the weekend I had promised a Savage Worlds adventure, however on Sunday we chose to do a King of Tokyo championship instead.  No problem, I promised the kids.  We could just play in our Disney's The Last Parsec game on a school night… so long as we got started on time.  Well that didn't quite work out.  We were late having dinner, which meant the kids were late getting their tubs and showers.

I can't lie.  I spent about a half-hour on Kerbal Space Program when I should've been helping the wife get the kids wrangled.

Typically my kids are in bed around 9:30, sometimes a little later.  But rather than push the game back another few days, I thought we'd give it a go.  A true "bedtime RPG session."

Okay, okay, we've done bedtime stories before, especially back during our Disenchanted Tales campaign.  But when we did those Numenera adventures we'd typically push through 45 minutes, and still be up past 10pm.  No, we'd have to do this differently.  So we set a goal:  30 minutes.  One half-hour to play Savage Worlds before bedtime, and we'd have a timer for the countdown.  Once the timer hit 0:00, we would be done.  No "please Daddy" and no "five more minutes!"

Actually this was pretty fun!  As we ran through this short, bedtime adventure the kids kept asking to check the clock.  At the end, they started getting frantic, hoping to finish the scene before the timer ran out.

I'm going to do my typical, albeit short, "play report" for the session, but after the quotes section, I will share some tips and tricks for you so that you can do a bedtime RPG session with your family!

So… on to the mission! 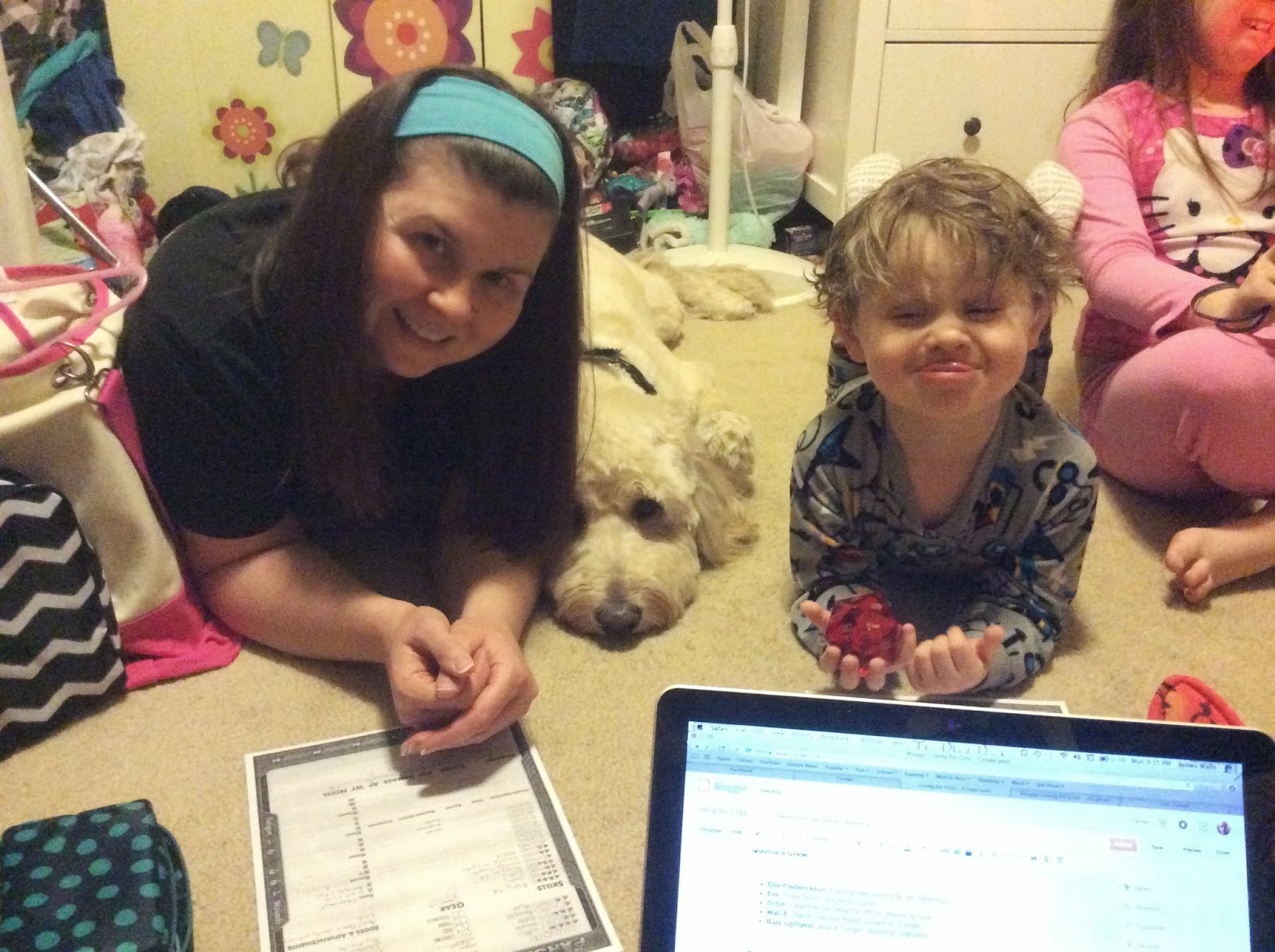 
Our brave team of JumpCorp operatives were en route to the Tiamat System on board Quorra, an amazing and fully self-aware starship.  Halfway to their new base of operations, Commander Ellie received a message from Captain Eo at Imagineeria 3.  Quorra and her crew were ordered to seek out the rogue planet RXO-1971, and investigate a strange "bleeping" that was coming from the world's surface.

[GM's note:  yes, this was a bleeping and not a beeping.  Big difference]

After a few more hours in space, Commander Ellie carefully put Quorra into a tight orbit around RXO-1971.  But when the commander started the descent towards the surface of the frozen world, she realized that Quorra had been scanned.  Not knowing whether this was a friend or foe, Commander Ellie proceeded to land the vessel three miles away from the alien beacon.  Wall-E believed that the space-bikes in the cargo hold would be perfect for the trek across the rogue dwarf planet's icy surface, and Stitch was ready for a ride as well.  Eve flew after the bikes, as the third member of the away team while Commander Ellie stayed behind on board Quorra.

Once at the site of the bleeping, Eve started recording fantastic images for Commander Ellie.  The bleeping was coming from a massive red vessel that resembled a mechanical dragon. Hovering outside of this enormous ship was a small, spherical robot with a pair of guns.  Wall-E immediately declared that he would smash the robot with his crowbar, and was getting ready to speed towards it when Stitch stopped him.  The little blue experiment bounded towards the robot, and waved one of his four clawed hands.

The floating robot didn't know exactly how to respond, so it just waved one of its guns.  Eve flew up to her fellow bot and gave it a scan.  Obviously the automaton was some ancient design.

The sphere transmitted a data packet to Eve, and showed her that its vessel was damaged and had several frozen passengers on board.  The robot needed help, and perhaps JumpCorp could be of assistance.  Eve informed the rest of the team that the would be entering the derelict craft, so Commander Ellie brought Quorra closer and prepared to lead the mission in person.

"We have a space car, from the Moon.  Its in the back." - Cooper was telling the GM what was in his spaceship.

"If we have a space car, Cooper, is it a Mercury Grand Marquis?" - Mommy thought that Wall-E was into classic cars.

"Mommy insists on everything going her way.  Mommy, in roleplaying games, not everything goes your way." - Carrie schools her mother on how she plays Savage Worlds. 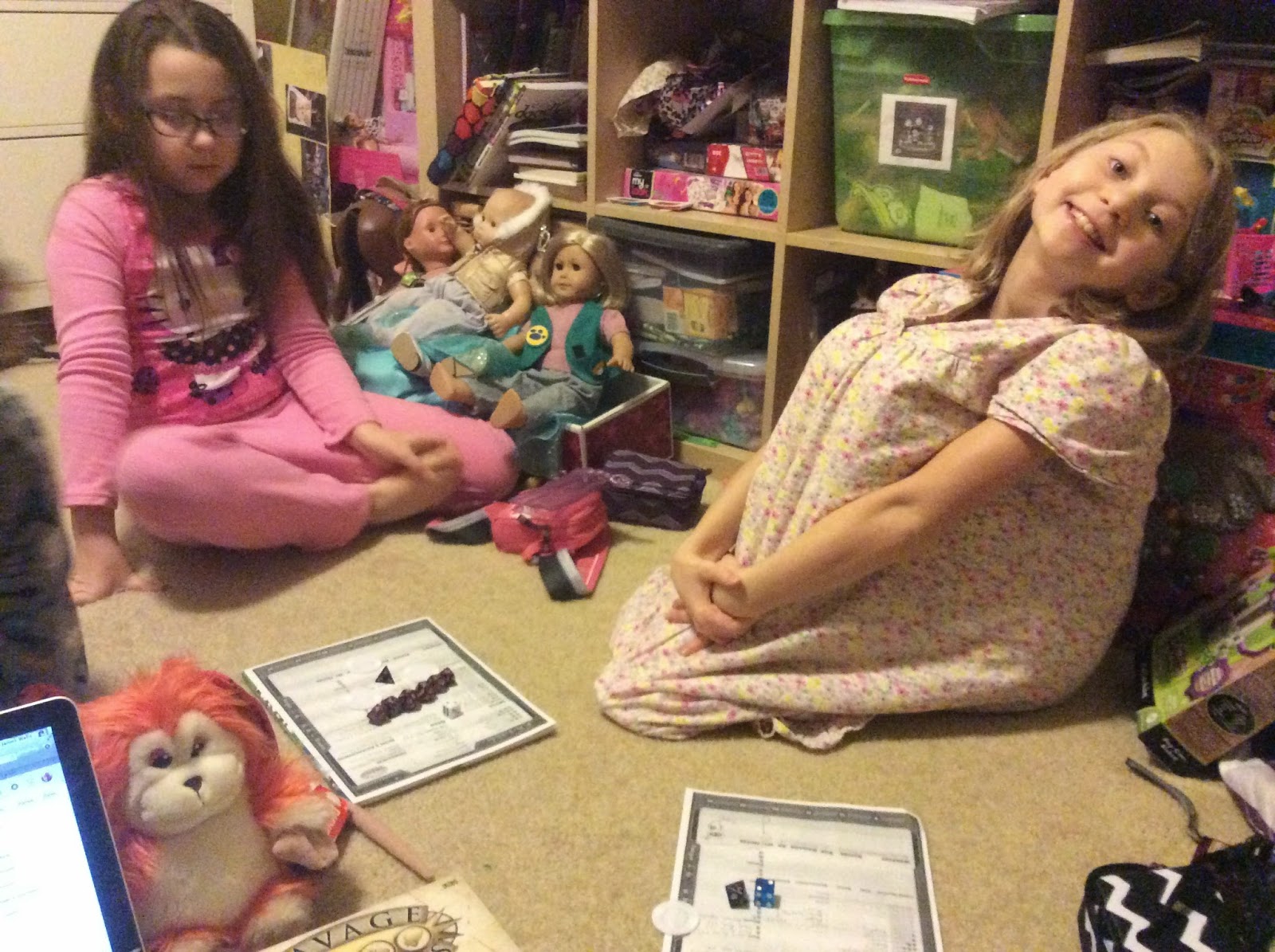 If you would like to try something like this with your brood, here are a few tips: 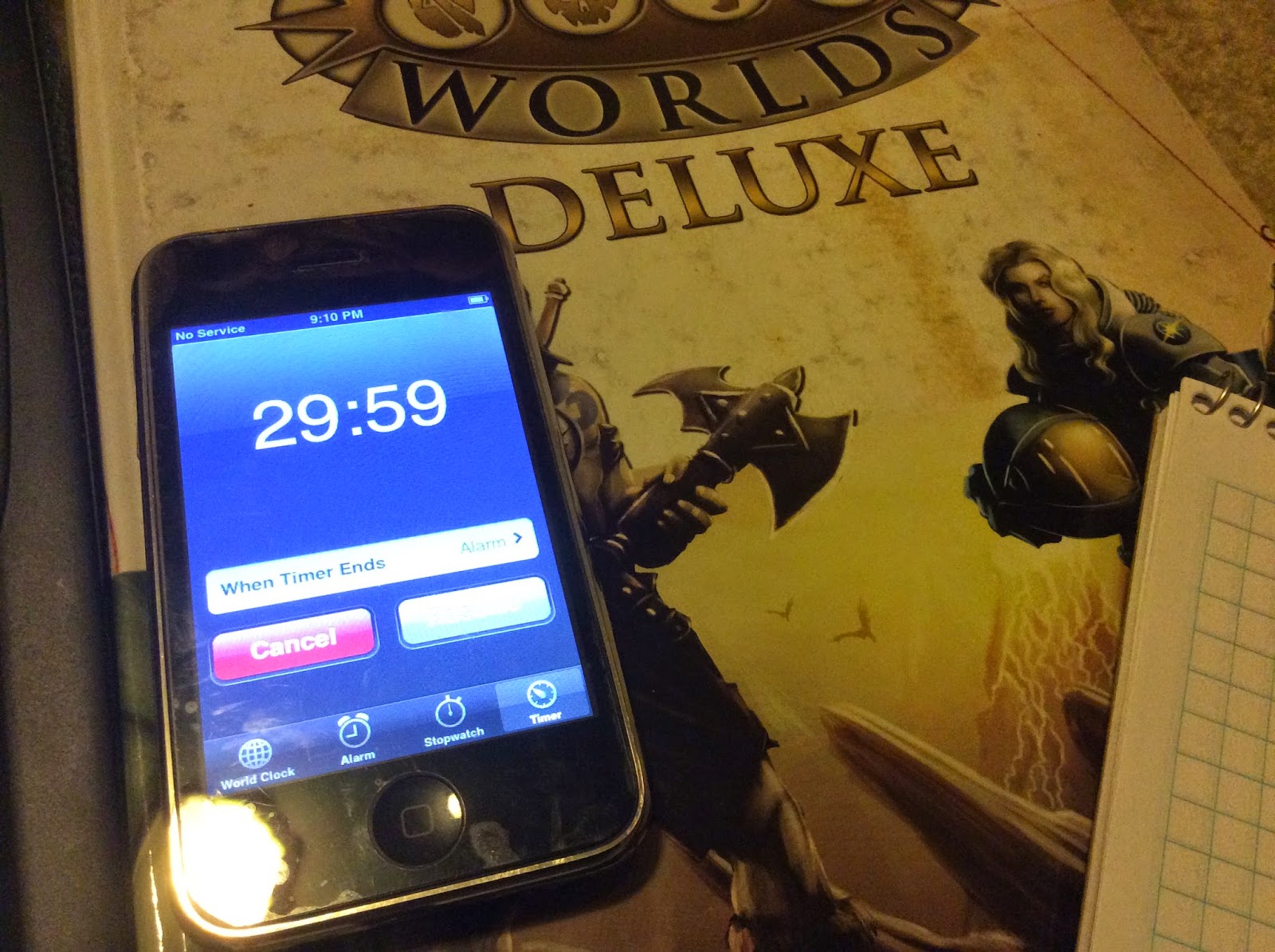 Interested in how we did with our time?  Here's where we were during the 30 minutes: