How Bizarre is Too Bizarre? - Creating Numenera Adventures 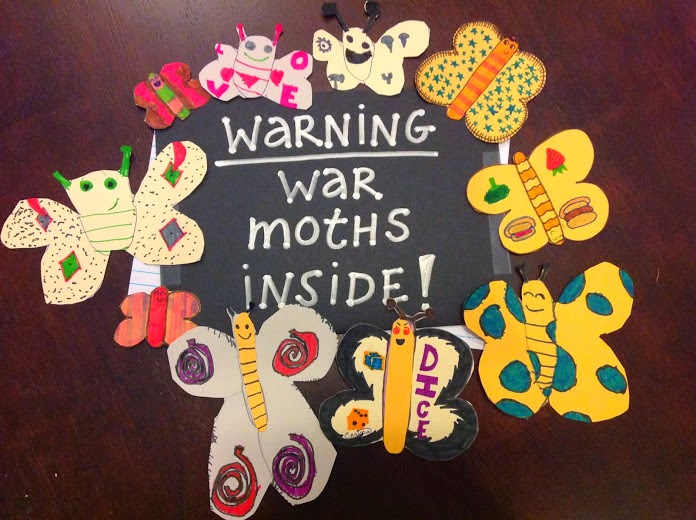 How bizarre is too bizarre?  No such thing!

If you spend as much time as I do bouncing around the Cypher System communities, you occasionally run into this question from first time Numenera game masters:

“How can I make my Numenera campaign more weird?”

It’s a valid question, especially since the essence of Numenera is so rooted in the strange and unusual realities of life as it exists one billion years in the future.  A campaign set in the Ninth World can have aspects of fantasy and science fiction, and may even resemble other fiction sub-genres such as post-apocalypse, horror, and even action adventure.  The options for a game master are truly limitless, and this is one of the stumbling blocks for newcomers into the game.

With so many new and alien cultures, technologies, and landscapes, it’s easy to get a little lost when taking your first steps in the Ninth World.

This question was so common in the early days of Numenera that Monte Cook Games released a Glimmer called “Injecting the Weird” designed to help game masters tweak their games in ways that could leave bizarre and possibly unsettling impressions on players... in a good way.  In addition, the recently released Ninth World Guidebook does a tremendous job expanding on a society and culture that exists in the far, far future.

While I wouldn’t say that I’m an expert at adding the “weird” of Numenera into my campaigns, I certainly try to embrace the concept as much as possible.  With that in mind, I thought I’d share my thought process for creating Numenera adventures.  Certainly there are a lot of great published modules to choose from when kicking off your first Numenera campaign, but at some point you are going to want to explore those parts of the map that don’t have labels.

And the only way to do this is with your own imagination.

When I’m working on creating a Numenera adventure from scratch I tend to work in layers.  I start with a basic premise first, and then build from there, adding a plot and sub-plots, inserting non-player characters, and creating interesting locations.  Seems simple enough, much crafting adventures in any other system or campaign setting.  But when I do this for Numenera, I try to twist as many aspects as possible towards the general theme of the Ninth World.  I break down each part of the initial concept, and paint it with a weird twist.  I do this over and over again, until I feel that the adventure fits this unique setting.

To help demonstrate my process, I’m going to build an idea from scratch, and share how my brain operates.  Here goes...

The adventure starts in a small village, where the villagers are suffering under a cruel lord.  The lord has taken several of the villagers’ children as hostages in order to guarantee obedience.  The characters have just arrived in town, and learned of the terrible situation.  Several of the townsfolk are desperate to see their children, and offer a sum of money to the characters for their safe return.

This plot is pretty basic and generic really, akin to something you might see in a very early Dungeons & Dragons module.  Sure you could run this as is, setting the quest in the Beyond, far from civilization.  You could even add some cyphers.  But we can go many degrees further.

2) Make the location stand out

Let’s make the small village a subterranean community located below an unusually flat plain in the Beyond.  The only entrance to the village is a simple trap door, no wider than a man-hole cover.  The villagers are all that is left of a town that once rested aboveground, actually on a high hilltop.  But after the Iron Wind came through, the hilltop, along with the town, became alive and just walked away.  The villagers were miners who were working below ground, and they’ve just stayed in the tunnels.

Maybe this happened, maybe its just a tall tale that the villagers have.  Since this is Numenera, the idea of a giant, living hill is both interesting and terrifying… because it could happen!

3) Next make sure the non-player characters have an alien feeling, even the most common NPCs

An evil overlord is very cliche in traditional fantasy adventures.  Let’s make this a twisted entity that lives in the Datasphere.  It has no known motives, but insists on the entire population staying in the make-shift village below ground performing their daily tasks.  It provides food and water somehow, but forbids anyone from leaving.  Instead of “stealing” children physically, the entity orders that they be placed in a machine, where they are “transferred into the light.”  Essentially they are being turned into energy within the Datasphere.

In this example I am just tinkering with the "antagonist", but you could also make some interesting changes to the miners and their families.  Perhaps they all have crystal clear skin, that reveals their organs.  Perhaps they can only speak by "reading lips" and they never make a sound.


4) Finally, find a way to offer a memorable twist

When the characters finally do make contact, I would give the players opportunities to uncover the truth, offering new and exciting dilemmas and moral conflicts.  In this sample adventure, I would have the Datasphere entity not be a true villain at all, but instead a recently awakened, ancient medical program.  The entity could reveal (or it could be uncovered through investigation) that the villagers had all been afflicted by an invisible, and irreversible mutation when the Iron Wind passed through the region.  Simple exposure to sunlight would kill the villagers instantly, and so the entity has found that the only way to keep its new "patients" alive is to demand their complete authority.

Having played years of traditional fantasy games I now prefer dealing with individual motives rather than the simplistic and unrealistic concepts of "good" or "evil".  Especially in Numenera, I don't like having "obvious" antagonists, or any at all.  Don't feel bound by tradition!

As to what the Datasphere entity was doing with the children that it turned into pure energy, who knows?  I might not even consider the outcome until later in the adventure.  When I'm writing a Numenera adventure, typically I don't plan for any particular outcome, I just let the adventure come to a naturally weird conclusion.  I'll be honest, I may even make the outcome more weird if I feel like I haven't done a good job properly peppering the session with interesting aspects of the Ninth World.

How do you create weirdness?

This is just my way of creating Numenera adventures, and I'm learning all the time?  How do you go about creating a truly weird and unique story?  Do you start from a different angle?