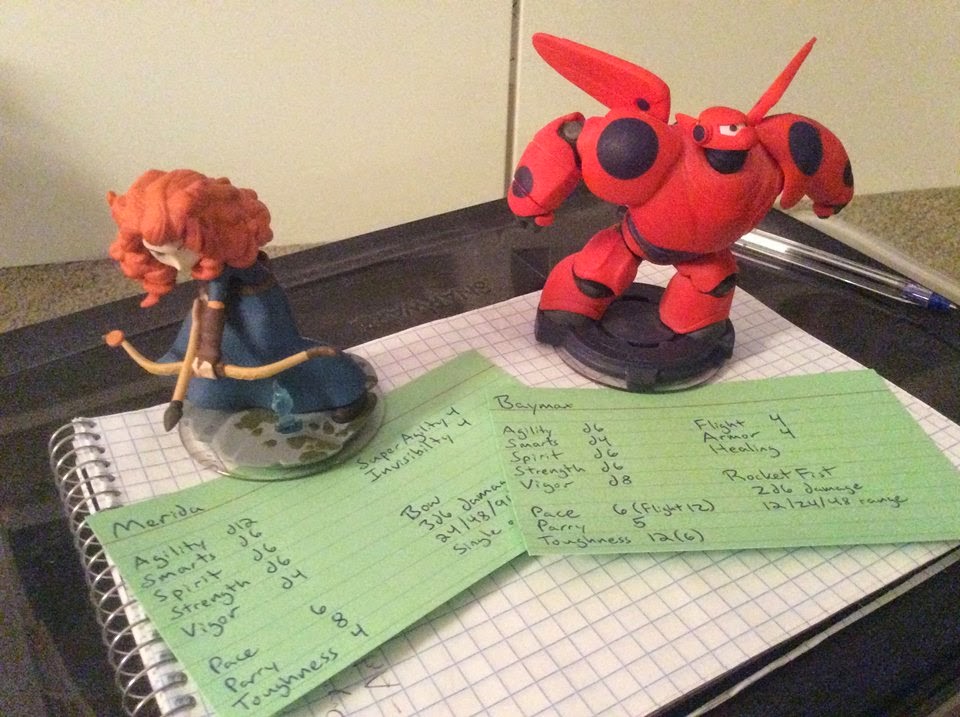 Earlier this week my family and I set out to run an amazing Savage Skylanders Skirmish as part of our "Living 4 Crits" YouTube series.  Over the last few weeks, my children and I have been trying to find ways to connect video gaming to tabletop role-playing games.  As we brainstormed ideas for the show, we started talking about all the Skylanders and Disney Infinity figures that we have on the shelves of our entertainment system.  These figures are fun to use during their respective games, but what happens when you've finished Skylanders and exhausted your time playing in the Disney Infinity Toy Box?  Could you repurpose these figures for tabletop gaming?  This could be a terrific way to drag your children away from the Xbox so that real, quality family time could occur…

… at the gaming table!

My kids started collecting Skylander figures when we picked up the original game on Wii, and we also own Skylanders: Giants.  About eighteen months ago I was running a Basic Fantasy RPG game for my friend Sarah's son, Matthew.  I had the map for "Fountain of Healing", an old Dragon Magazine adventure, on the table, and was using plastic D&D miniatures I carried in a Ziploc container.  When Matthew saw the mini's, he mentioned that his Skylanders could make great figures… he was absolutely right!

Think about it… these little figures may be pricey, but are they anymore expensive than a similarly sized Warhammer figure?  Why not use them in a tabletop RPG?

I shelved the idea, but after Santa delivered a bunch of Disney Infinity figures this past Christmas, we couldn't wait any longer!  We needed a new venue for these amazing pieces of plastic! 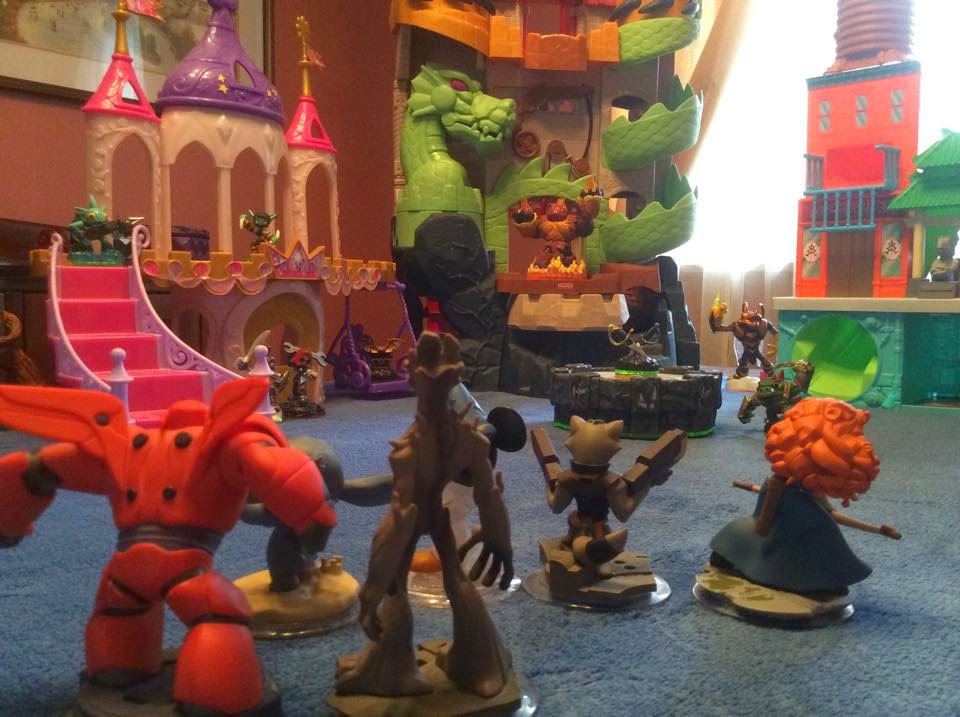 Given our recent Disney-inspired adventures with The Last Parsec, we were excited to use the Savage Worlds system to bring the kids' Skylanders and Disney Infinity characters to life outside of video games!  Our family was already familiar with the Savage Worlds rules, and the modularity of the system allowed us to quickly craft a kid-friendly miniatures skirmish. So we ran a game and filmed it, with the promise that we'd list our rules modifications for the viewers...

…wait… did you miss the video?  Here you go:


I think it turned out pretty well!  The actual game took just under an hour, and some of the modifications (which I will get to in a moment), definitely tilted the game in the kids' favor.  I think if we tried the game with half of the characters, the skirmish would've been much more difficult, but still possible.  As promised, however, here are the rules we used for the scenario 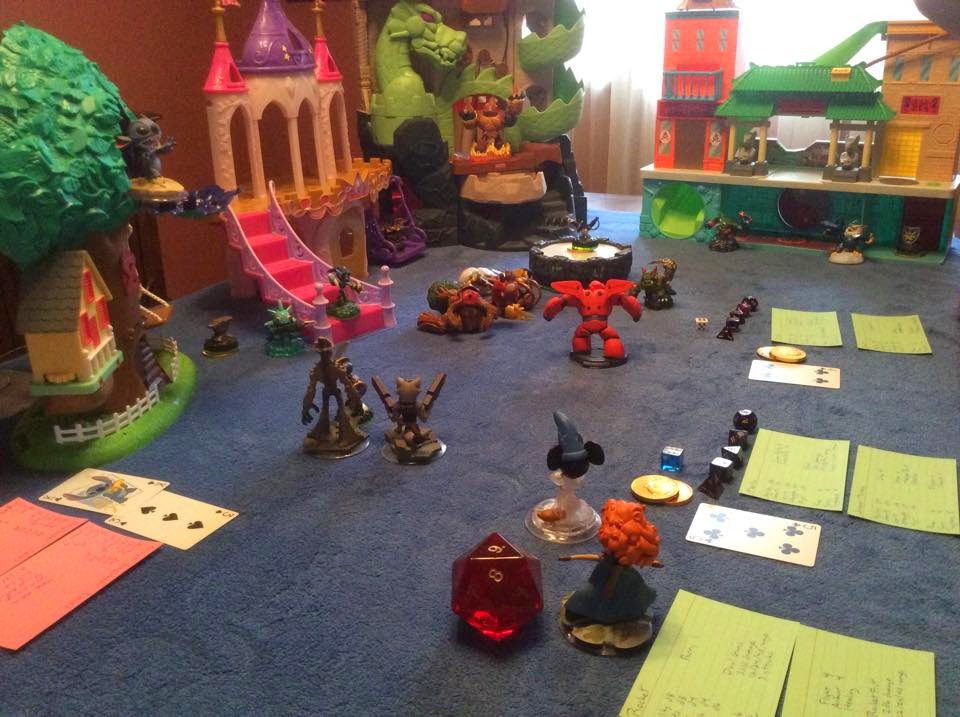 I know there are already Savage Worlds skirmish rules, but given the nature of our game, and the inclusion of young kids, we made some modifications to the core rules found in Savage Worlds Deluxe:

One last change, and perhaps the most unusual to typical Savage Worlds players, is how we treated the Skylander foes.  Rather than giving different stats to each Skylander, we either used a d6 base or a d10 base to create the opponents.  Was this lazy?  Yes, possibly… but since this was our first time trying the skirmish rules it worked fine for the kiddos. 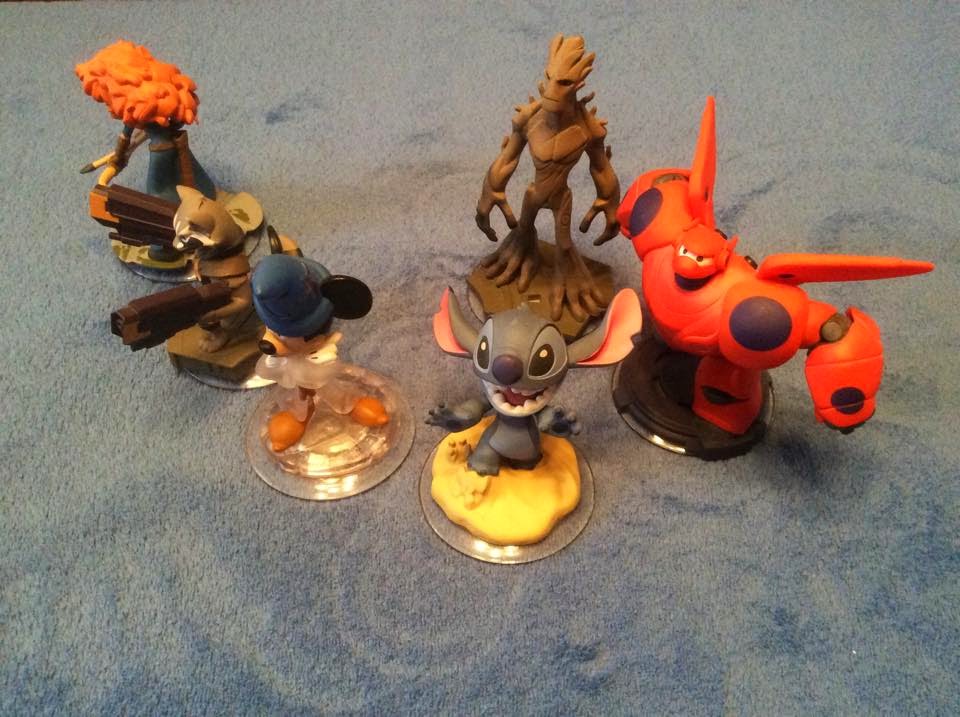 
Want to play the heroes we used during our skirmish?  Break out your Super Powers Companion and follow along: 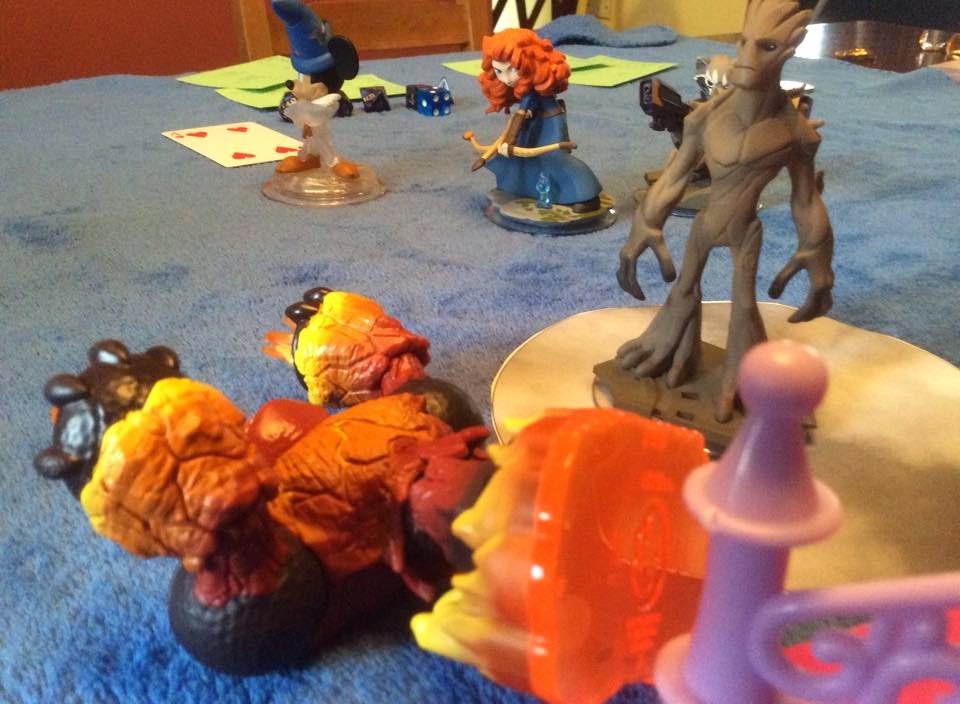 In the end we had a really great time playing this little skirmish.  The children picked up on the rules pretty quickly, and even Cooper was able to follow along.  Since Cooper knew what Baymax and Rocket were capable of doing in their respective films, he had a decent understanding of what he could do at the table.  In the end, my daughter Carrie's character, Merida, knocked out the "big bad", who was too busy trying to kill Groot to notice the skulking Scottish Princess.

Have you tried running a game using Skylanders or Disney Infinity figures as tabletop miniatures?  Did it work?  Did you play with kids or with "grown-ups?"  We'd love to know! 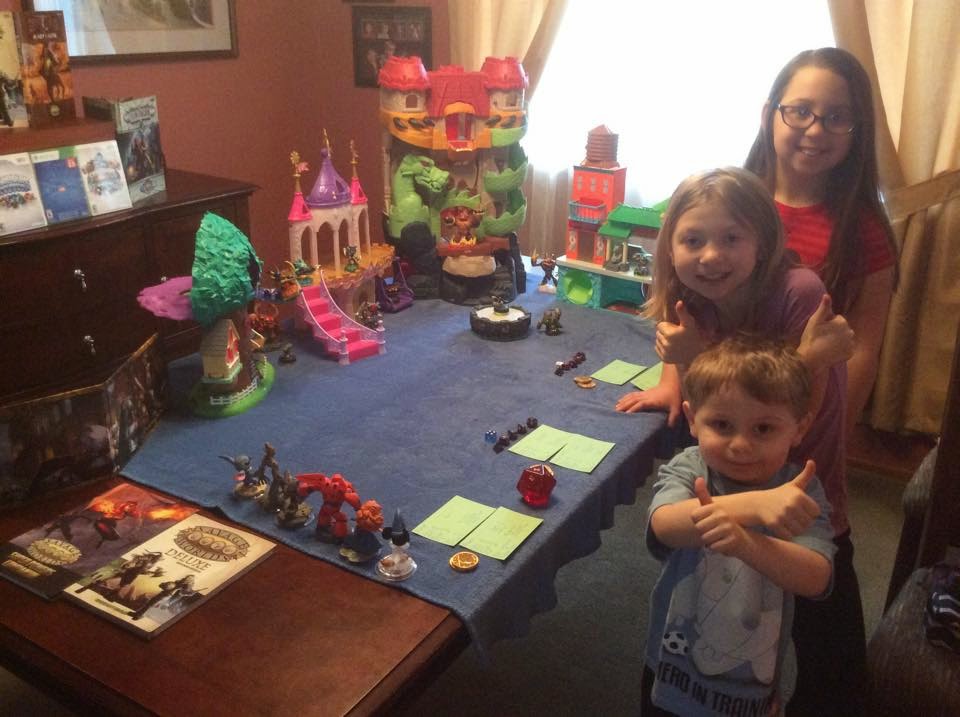