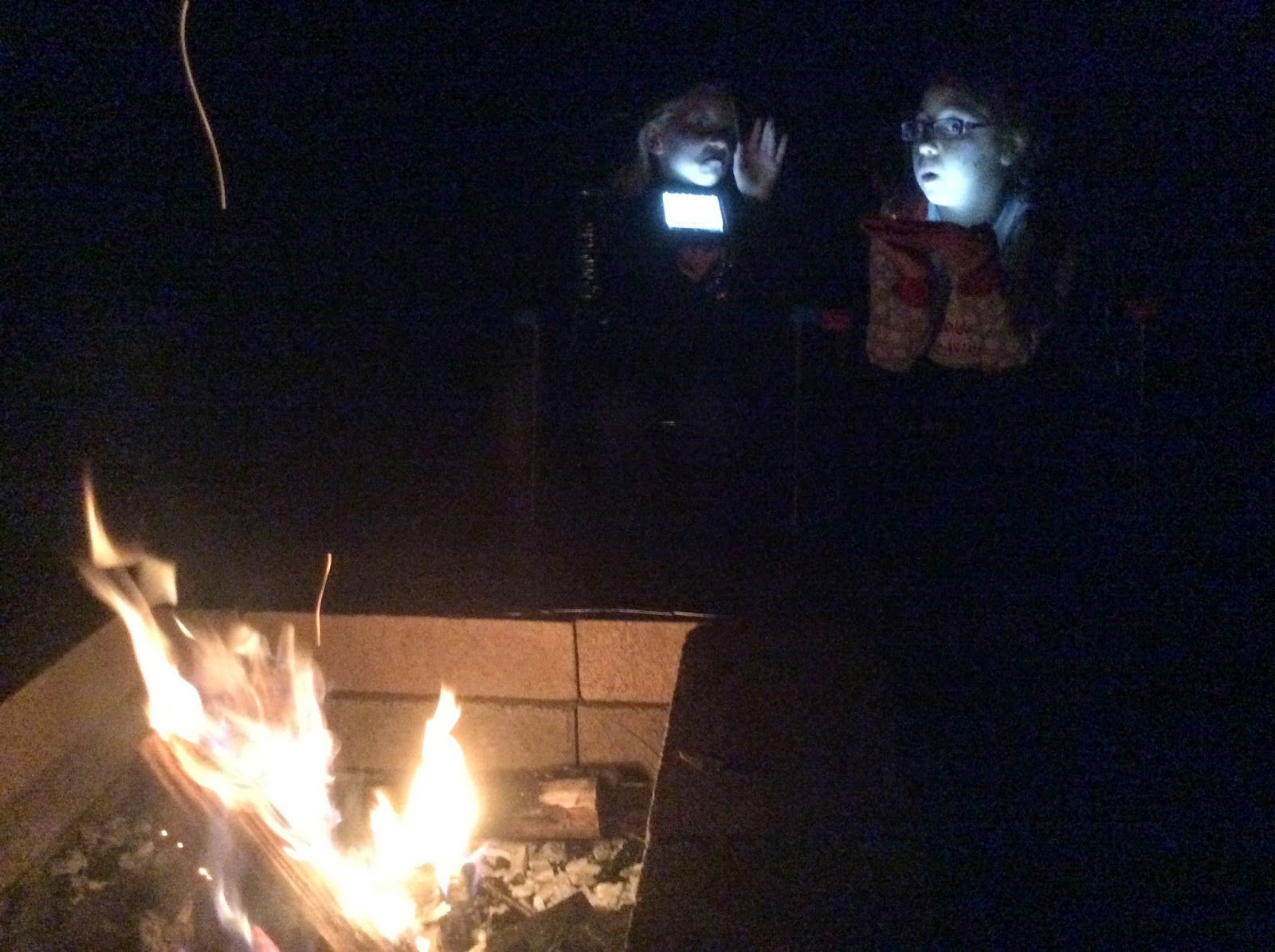 I was on vacation last week, so the girls, wife, and I started in earnest creating the details for our upcoming Savage Worlds: Accursed campaign.  We discussed character concepts, roles, and builds around a backyard campfire and by week's end were picking edges and hindrances while on a short trip to Penn State.  For continued "research" we watched  movies like Van Helsing, The Addams Family, and The Mummy.  The wife and I also spent the tail-end of our vacation catching up on the sixth season of True Blood, but not until the kids were out cold.  Discovering all of the new character options available in the Accursed was amazing!  There definitely was something for everyone...


My wife (Jen) wanted Avarice to be very fashionable and ladylike, with an almost Victorian set of manners and customs.  To be fair, it wasn't her choice to take on the Witchmark of the Mummy, but the girls though that if she was the "Mommy" of the group… well… it would just make more sense.  Jen wanted to be the party's leader and matriarch, skilled in persuasion and social interaction, which doesn't exactly fit the Mummy Witchmark.  So it's my guess that Jen will play Avarice as a commanding figure, who has lost most of her social graces now that she's a rotting pile of bandages beneath a sarcophagus' shell.  As to her role in the group, I'm not exactly sure where this is going.  She wanted to be a skilled duelist, and I figure that the Repair skill and Multi-Purpose Sarcophagus might make her sort of an undead MacGyver!


Evie is my younger daughter, so she was thrilled to play the older daughter of the Avernus family.  Together we figured out that her character was a pawn of the Blood Witch and her minions, and that they still had their hooks in her undead hide.  She wanted a very graceful and lithe character, skilled in athletics and acrobatics, so Graceful Leap was a must!  I found it amusing that Evie's last character, a Swift Jack who Entertains in Numenera was essentially a crossbow wielding rogue named "Anna."  Evie insisted that a Musket was different, and that Anna didn't drink blood but Annaria sure does.  We found the Screamer hindrance in the Savage Worlds Horror Companion, and Musketeer is straight out of 50 Fathoms, although we tinkered with it a bit so that it just drops 1 action off of the reload time with a firearm.


Adelaide is rather small and weak now, but like an old school, AD&D 2nd Edition Mage, it is our hope that she will become incredibly powerful later on.  Skill-wise I was the most happy with Adelaide's skill suite, with her above-average Guts balancing her Curious hindrance, while her Witchcraft might be able to back up that enormous mouth.  Carrie and I had to at least invest a few skill points into her characters' Taunt as well.  Her powers allow her to direct the battlefield with hexes as a controller as well as augment her fellow party members with some welcome aid.  Feeling a bit left out that her sister had "a gun", Carrie went for a pair of pistols… just in case! 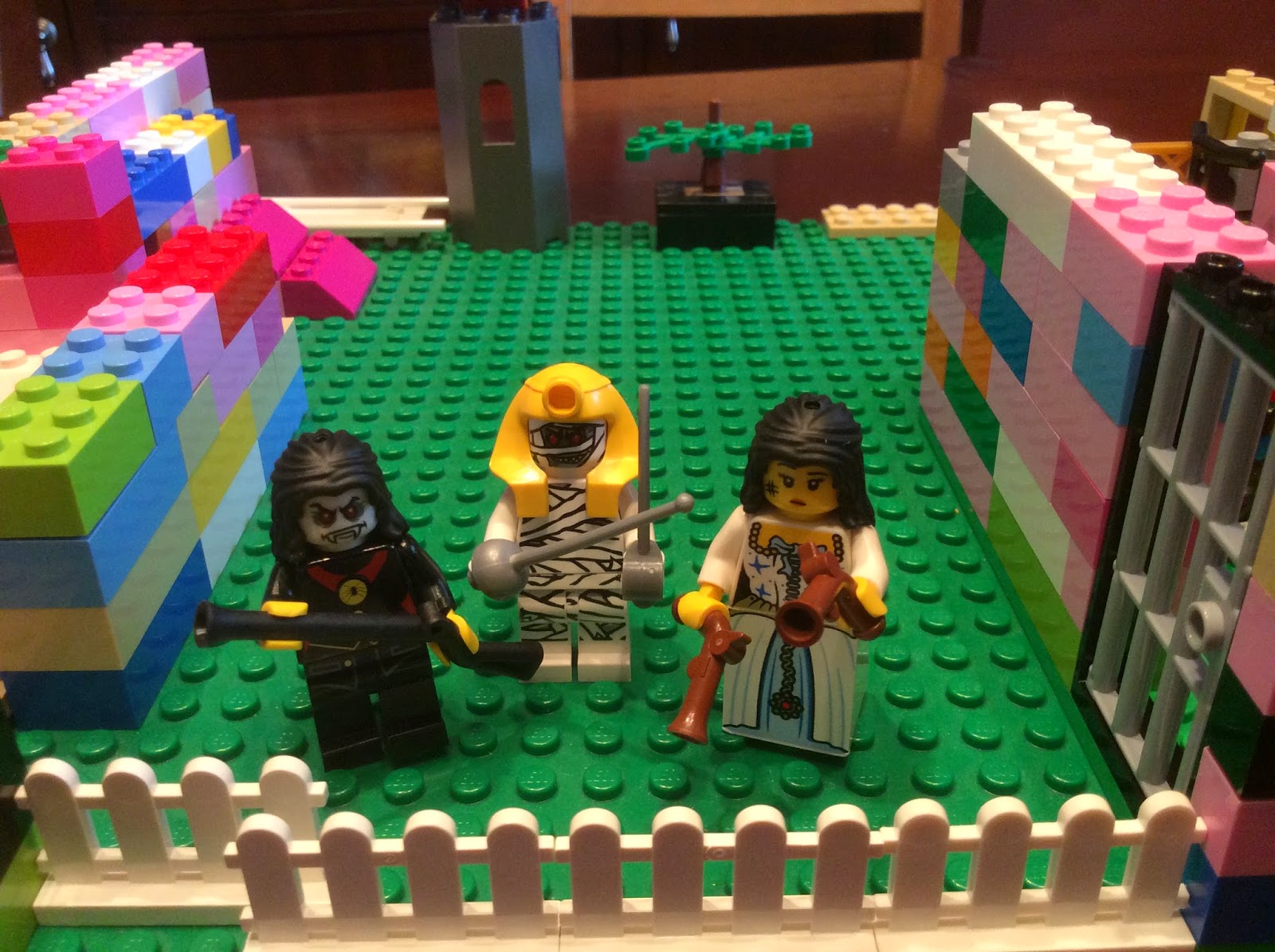 As is a tradition now with our games, the girls spent most of Friday working on their characters' Lego mini-figures.  We were big fans of the Monster Fighters series, and were happy to have collected most of them, so this time around it was a pretty easy task!  These will go perfectly with our new mapping system!  Rather than a traditional, top-down approach to mapping out dungeons, in the spirit of "Castlevania" and other side-scrolling games (the girls would say Terraria), we are going to do all of our mapping from the side perspective.  Should be different!

There was one additional member of "the family" that came into existence yesterday during our trip to Penn State.  While at a local specialty stuffed-animal store I found a very fitting puppet who I will be playing as an NPC during the game.  His name is Rudolpho, and his link to the characters, their family, and the campaign will be cryptic at first and hopefully revealed over the course of the Avernus family's quests.  This will allow me as a GM for kids to throw in helpful hints and tips during the game, a bit like Navi from The Legend of Zelda: Ocarina of Time…

… although Rudolpho (hint, he's a cross between Remy and Ted) has very little in common with the beautiful and graceful Navi… 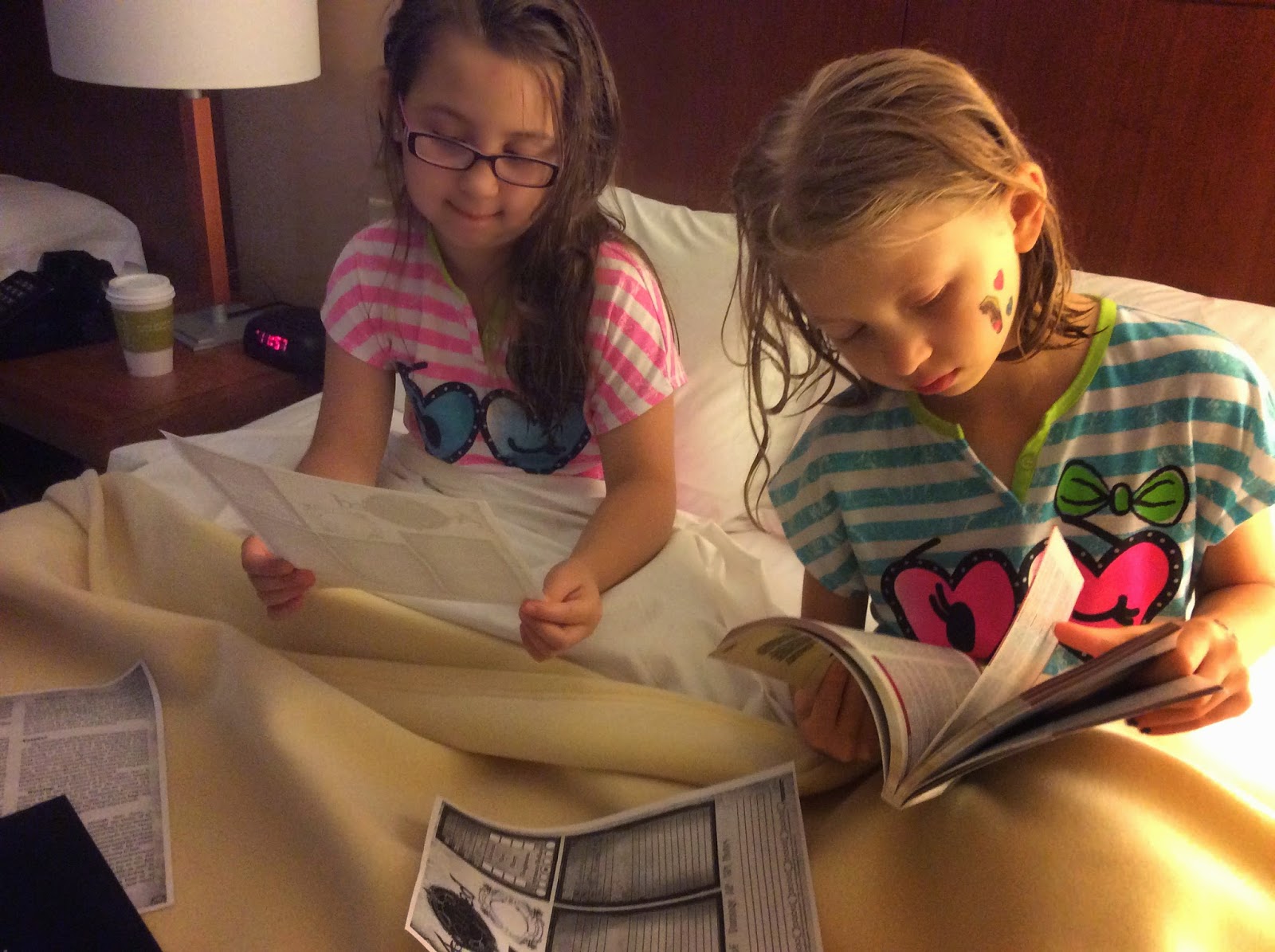