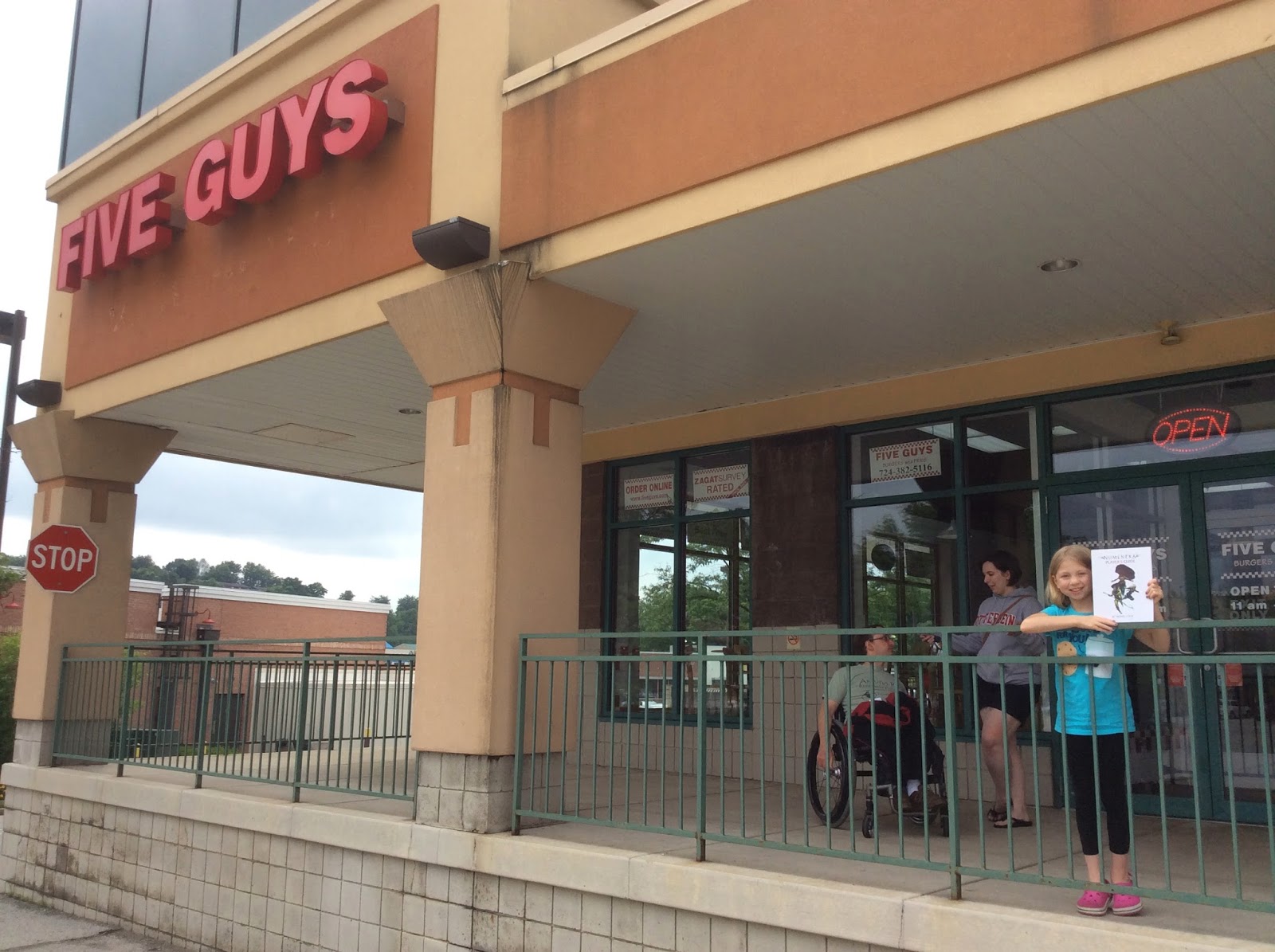 
It all started with a discussion on how to expand our #GetOutAndGame events.  While my initial post focused on combining gaming with going outdoors and getting some exercise, I also discussed having an event at a local restaurant.  So a couple weeks ago my wife and I gathered a bunch of fellow Norwin Game Knights and headed over to the North Huntingdon Panera to play The Resistance.  We had an incredible time!  When Andy, a fellow Cypher-fan and member of the Norwin Game Knights, mentioned that he knew a manager at the Five Guys Burgers and Fries located in the same complex as the Panera, I knew that we had an opportunity to do something big… maybe even with a role-playing game! 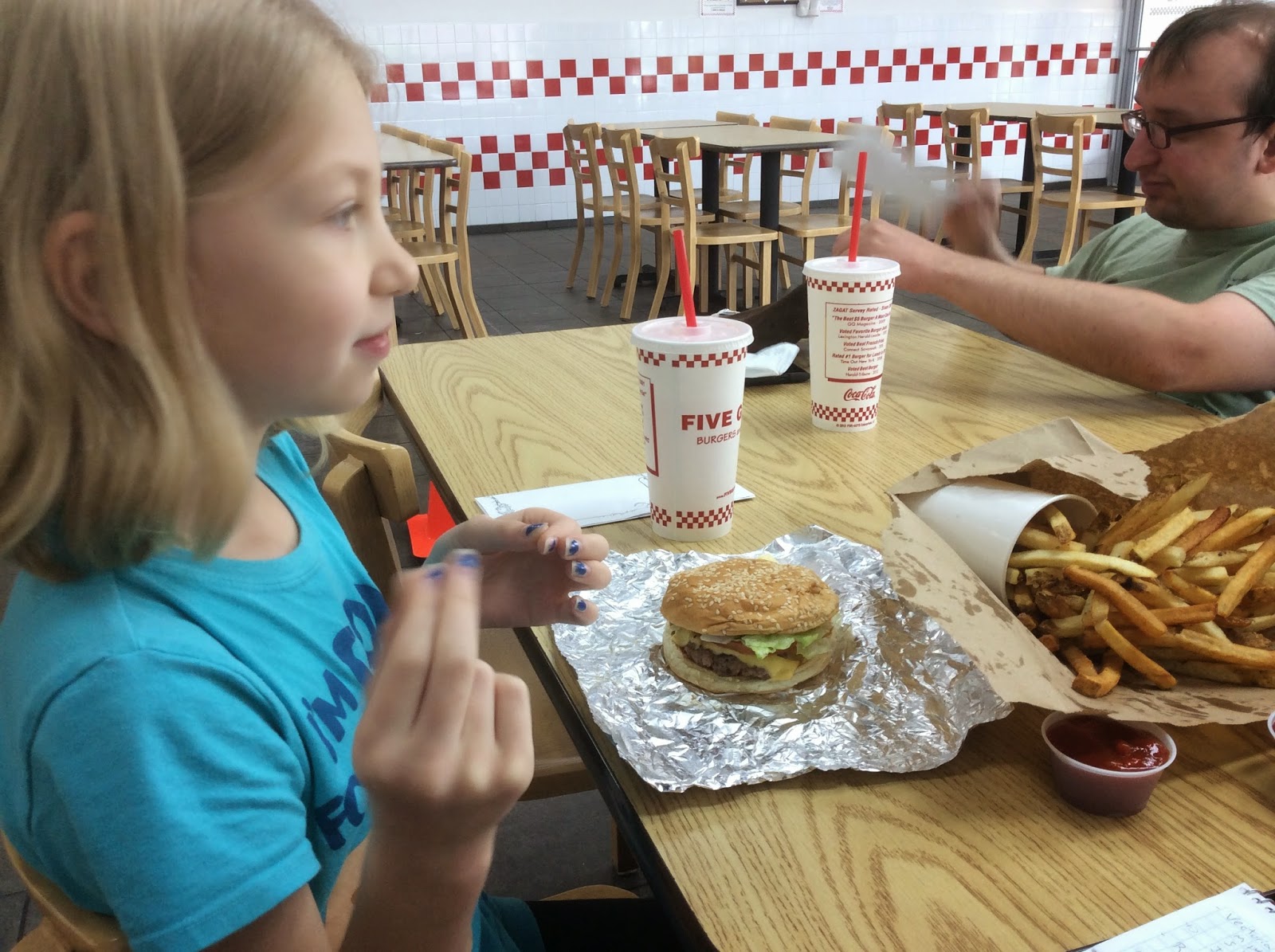 
We continue out story of Vectoria and Rygax, Numenera hunters who just recently solved the crisis at Druissi.  Along with the assistance of Benzoate, Deathstroke, and Domina, the team fixed the damaged power system of the crashed visitant vessel that was the source of the small town's heating and cooling systems, and even managed to recover some valuable cyphers and artifacts.  Believing that the ship may have only crashed in the last millennia or so, Rygax hoped that the visitants who brought the vessel to the Ninth World may still exist.  Along with Vectoria, the two headed north to the Wandering Walk, with the plan to eventually travel west across the Black Riage and into the Steadfast in search of information about the crashed ship could be gained from the Aeon Priests of Qi.

Without mounts it would be a long and torturous trek, but luckily for Vectoria and Rygax one of their first encounters on the Wandering Walk were the legendary Mouth Cairns.  These jawbone surrounded circles were places of solace and protection along the Wander, and legend had it that anyone who would harm a fellow pilgrim on the walk would be subjected to the horrors of Slaytongue, a mythic curse.  The word around the camp that evening, however, was that there were attacks and murders in the cairns recently.  While talking with the other travelers, Vectoria and Rygax met Elmy, a sharp-talking Nano who had a powerful ability to manipulate ambient nano-machines with incredible ease.  With no real goal of her own, just "out for a walk" really, Elmy agreed to accompany the Glaive and Jack back to the Steadfast.

The next morning the party was greeted by the sound of hundreds of hooves in the distance.  At first believing it to be a herd of beasts, the sound was actually coming from a single scutimorph, a long centipede being ridden by two human figures: a young boy and girl.  Both were in their late teens, the boy nursing an injured shoulder and the girl in obvious mental pain.  The boy, Patel, begged the party to take his sister, Seria, west to the town of Cylion Basin so that she could receive healing.  Rygax and Elmy looked at each other quizzically when Patel said this, considering that he was the one that was injured physically.  The boy insisted that he would be fine and that he needed to return to the False Woods to help his family fight the floating disks, pallones, that were terrorizing the inhabitants of their village.  Seria had the obvious ability to control animals with her mind, and Patel feared that whatever was affecting the natural creatures of the Beyond causing them to go mad would eventually destroy his sister's mind as well. The Numenera hunters agreed to Patel's request, and after Seria let her scutimorph loose, no longer able to control the creature, the team left the Mouth Cairn and started west.

While traveling the Wandering Walk en route to Cylion Basin, the party saw that their trail ahead was blocked by what appeared to be pole arm wielding bandits.  Rygax couldn't tell if the bandits were human, abhuman, mutant, or visitant, and really could only make out that they were carrying spears and halberds.  Hoping to sneak past the raiders without a fight, Rygax used his skills in camouflage and covered the rest of the party with dirt, mud, sticks, and grass as they moved off of the trail and into the tall weeds.  The party was nearly past the "raiders" when they realized two horrible truths.  First, the bandits were not bandits at all, but in fact a Zaelem, a horrible slug like creature that ate humans and abhumans and then through digestion had the weapons, gear, and armor of their "food" pushed out through its back as a sort of shell.  Second, Elmy must have brushed off her camo, because the creature got quite a good look at the nano and started to charge.  Noticing the impending attack, Rygax ran towards the beast, hoping to distract it long enough for Elmy to lob a sleep gas detonation at the slug.  Elmy's aim was so accurate in fact, that the bomb rolled right into the Zaelem's mouth and it collapsed in a large heap… right on top of Rygax. 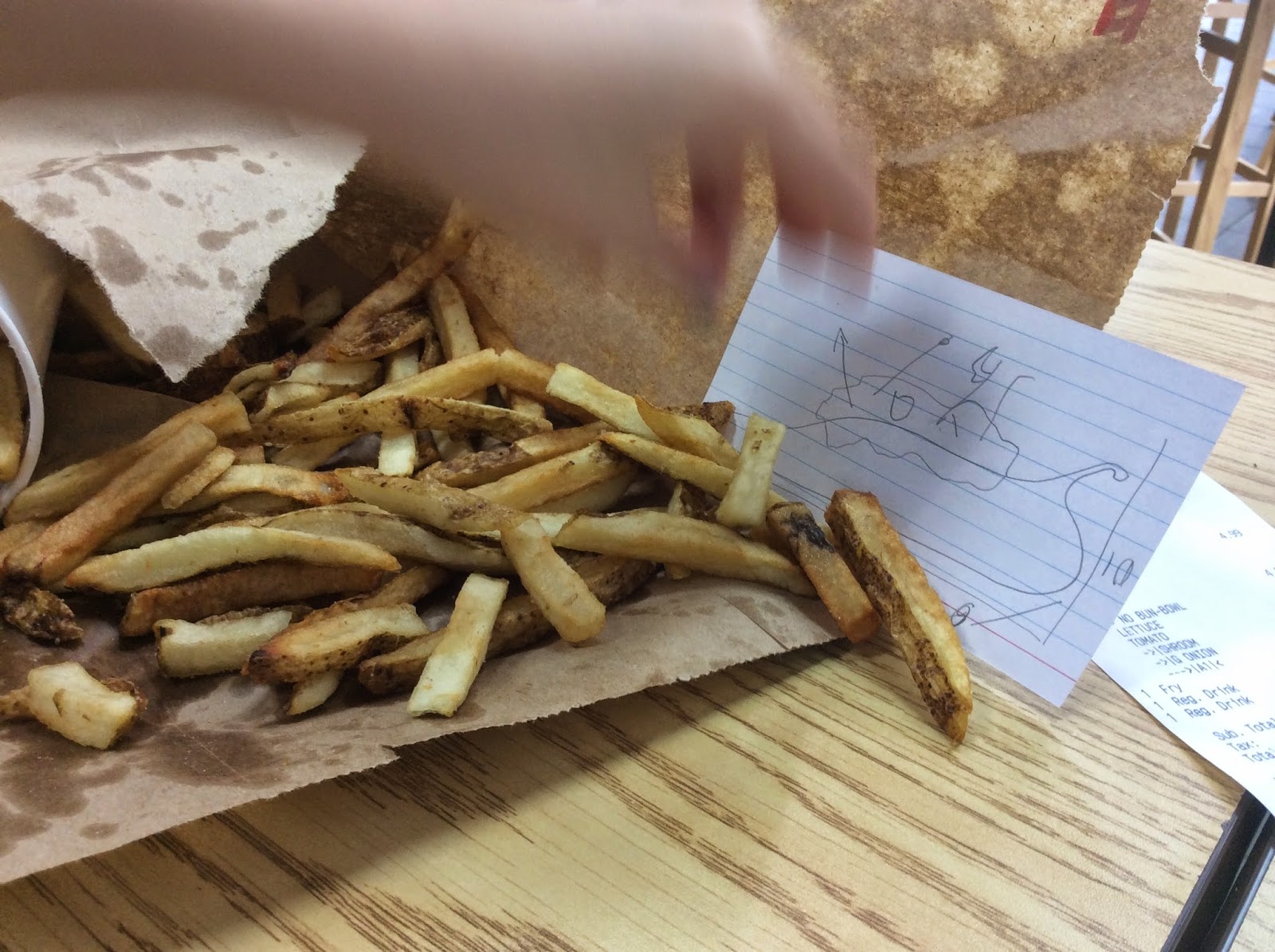 Maybe Five Guys' fries would be salty enough to slay the Zaelem?!?


Pinned beneath the Zaelem, Rygax was suffocating quickly.  Elmy and Vectoria started shouting at each other, bickering on how to get the massive creature off of their Jack.  They weren't strong enough to move it, and didn't have any sort of gear or cyphers to assist, so Vectoria just did what she did best: cause damage.  A single crossbow bolt to the Zaelem had it wake up immediately, roaring and ready for action.  Rygax rolled away and jumped on top of the beast, yanking out one of the spears that was embedded in it's body, creating a soft spot in the shell that the rest of the group could use to further damage the slug.  Elmy first slashed at the creature with her rapier, but when she realized that the Zaelem was particularly nasty in close-quarters combat, backed away and relied on her command of nanites to defend herself.  Rygax continued his raid on the slug's back by grabbing a random cypher and then detonating it immediately, causing a gravity attack that pinned the monster to the ground allowing Vectoria and Elmy to hit be beast with ranged attacks quite easily.  Once defeated the troupe scavenged the Zaelem's "shell" for a few more cyphers and continued on their way. 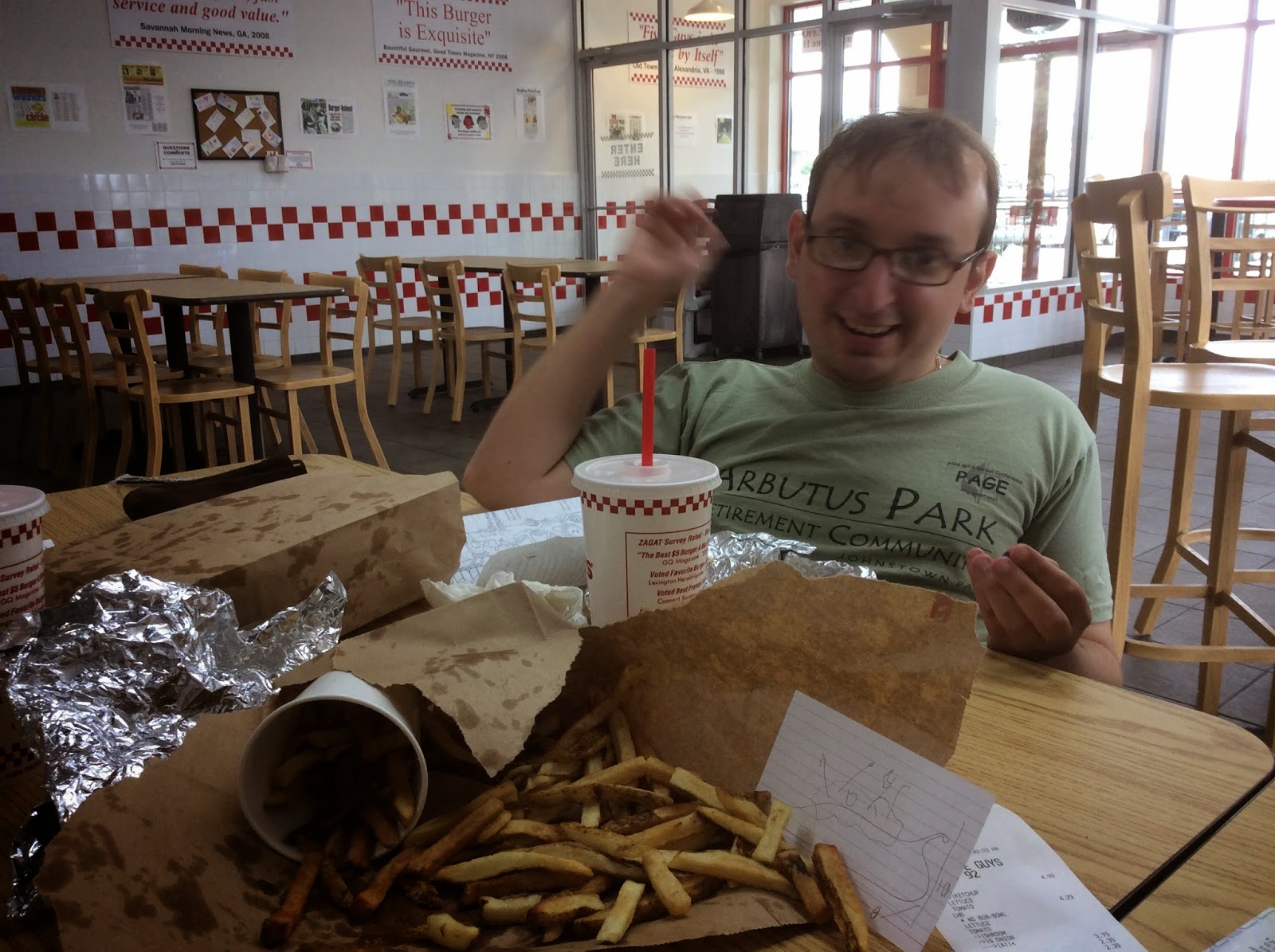 Cylion Basin was a place of refuge, with colorful pools of liquid that aided the healing process lining the main street of the town.  The Numenera hunters searched for someone in the town that could do as Patel asked, and provide healing to Seria who was still struggling with agonizing headaches.  The townsfolk pointed the party to a healer named Darvin, whose eccentric shop at the edge of town contained all sorts of curatives and elixirs to set a troubled mind at ease.  Darvin, however, was not so easily prepared for Seria's ailment.  She explained to the party that the components necessary to heal the psychic's pain were currently unavailable.  A small pack of broken hounds had taken up residence in the nearby synth garden where the herbs and strange constructs grew.  Well these little beasties were no match for a devastating force that to date had done battle with the worst of what the Beyond had to offer.  Setting up a firing squad at the edge of the garden, Rygax lobbed a web detonation right in the middle of the hounds while they slept.  The remaining creatures tried to flee, but Rygax's bow and Vectoria's crossbow made for short work.  One final hound almost made it out of range, until Elmy commanded the very drit around it to consume the creature in one horrible bite.


"It is Elmy-approved!" - Emily's first encounter with a Scutimorph

"Bro, you might wanna get that looked at." - Elmy was pretty concerned with Patel's nasty, disgusting pallone wound.

"I throw the fries from last night's dinner." - Andy looking for something salty to toss at the Zaelem.

"Hey look… I'm big… AND juicy!" - Rygax shouts at the Zaelem to draw it away from the rest of the party. 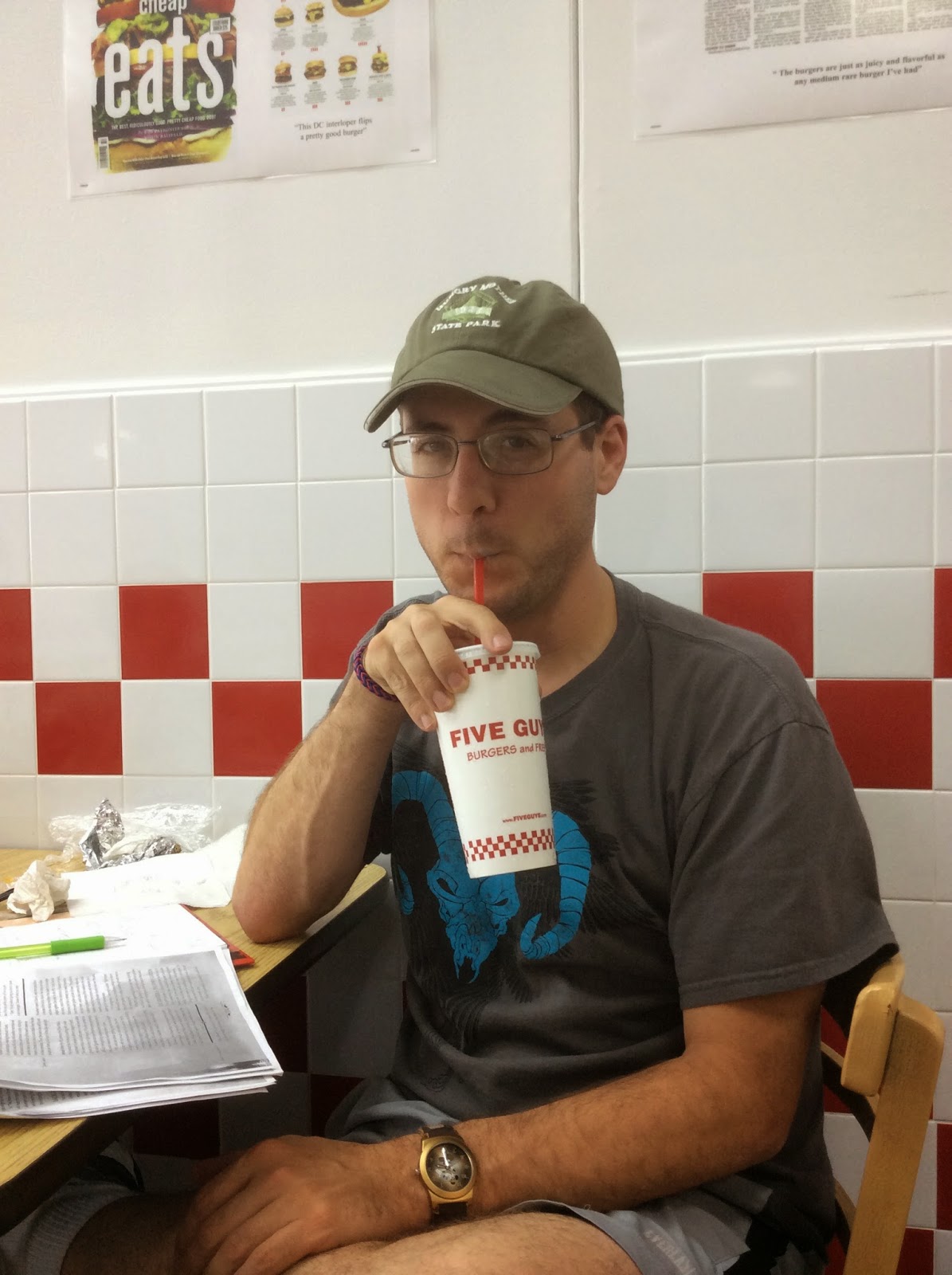 
I have to give a huge shout-out to the fantastic folks at Five Guys Burgers and Fries in North Huntingdon, Pennsylvania!  Our food was fantastic (as always) and they had no problem with us hanging out for a few hours after eating our food.  We were even invited back!  It's awesome to play in the comfort of your own living room, dining room, or basement, but there is something special about rolling dice in the community.  I can't recommend it enough!  If you have any stories of your own #GetOutAndGame style excursions, please share below!!!