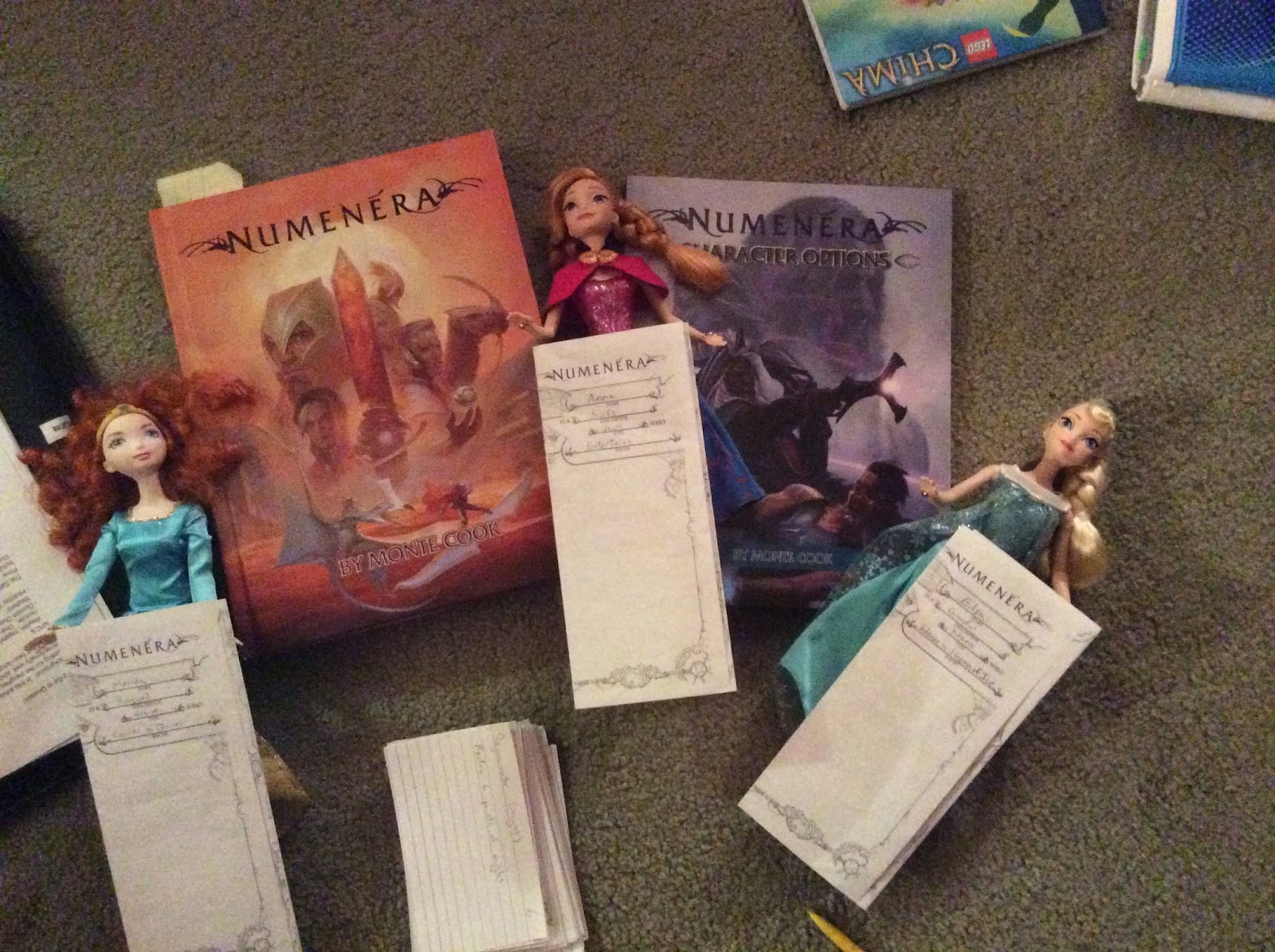 The Princesses and the Frog, Part 2

A billion years beyond "once upon a time" the Three Princesses of Nihliesh were thrown to the shore of the Swamp of Everlasting Stench when a gargantuan creation arose from the stinky waters below.  The beast was massive, easily twenty feet tall with a gigantic mouth, a pair of short, muscular legs, and two long arms that each ended with a sharp, scythe-like claw.  When Merida looked back she realized that the horrific creation was a legendary beast known as a Wumpus! 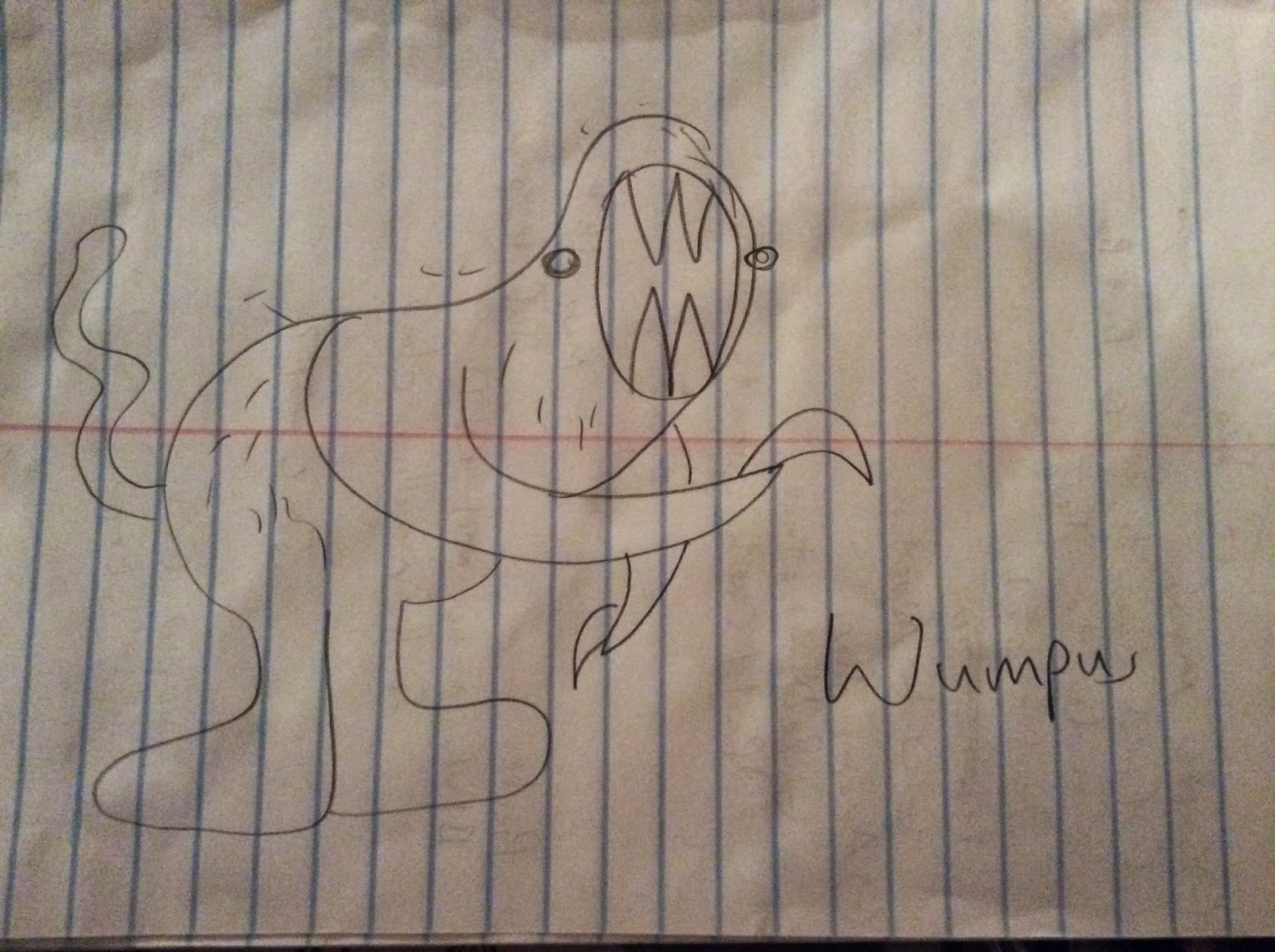 Daddy's drawing of a Wumpus, a Level 5 Creature, Level 4 vs. Intellect Actions

Hoping that the creature was somewhat peaceful, and possibly intelligent, Anna the Entertainer approached it and politely made an introduction.  Viciously the Wumpus lashed out with it's claw and grabbed the party's jack, cutting through armor and sinking into flesh.  Before Elsa and Merida could react, the Wumpus started to run off with Anna in it's grip.  The Wumpus reached a massive tree and began to climb when Merida climbed up after it, hoping that her soothing voice and skill with animal would calm the creature, and cause it to let Anna go.  She partially succeeded, and Merida was happy when the Wumpus dropped Anna.  Elsa used her powers over ice to create a small slide for younger sister to break her fall, and Merida let out a huge sigh of relief just before finding herself snared by the Wumpus! 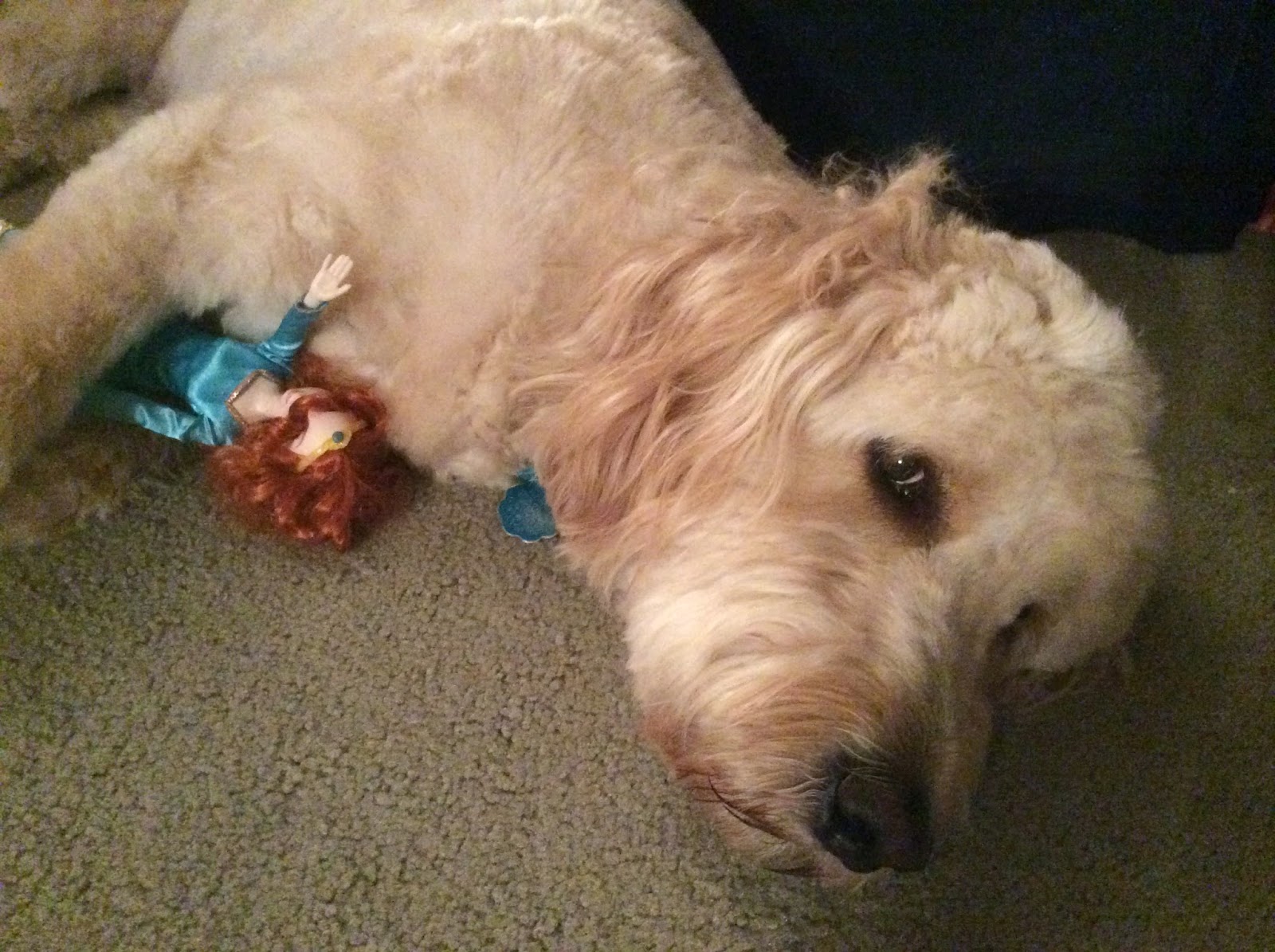 Merida snared by the Wumpus.  Note our excellent use of miniatures

Merida did not know how to get free form the beast.  She was not strong enough to resist it's grasp, and she feared that she was about to end up as a snack for a hungry Wumpus!  Anna still believed that peace and serenity was the way to success, and so she grabbed her flute and started to play a beautiful lullaby for the mutated monster.  The Wumpus was high in the tree at this point, but could hear Anna's soft tune and slowly drifted into a slumber still holding the party's brave glaive.  The Wumpus dropped Merida, who scrambled down the tree and across the ground.  Grabbing her fellow princesses and getting the attention of Kermite, who had been waiting at the edge of the swamp, Merida quickly, yet quietly, led the party away from the murky waters and deeper into the Caecillian Jungle.  Quotes

- Daddy: "It's carrying you off into a tree like…"
- Carrie: "Godzilla!"
Apparantly King Kong isn't required viewing in grade school anymore.

"So I'm gonna have to be the Wumpus whisperer?" - Mommy