Quattro con Carnage - Before I Write the Setting I Map It!

When creating a home-brewed fantasy campaign setting where do you start?  Do you throw down all of your favorite ideas on some scratch paper and pick what fits best?  Do you doodle pictures of heroes and villains, battling across epic legal pads?  Do you map out your creations on graph paper, and put names to cities that you haven't even explored yet?

That last one?  That's me!  I'm a mapper, and even though my skills never progressed far beyond those of a 5th grade doodler, there's nothing I love more than putting together a decent map and sharing it with my players.  So when I decided to take my upcoming  4-in-1  campaign [Basic Fantasy RPG/Dungeon Crawl Classics/Savage Worlds/Cypher System - played in order, not concurrently] to a home-brewed universe, I started with a map.

I'll admit, it was an old map: 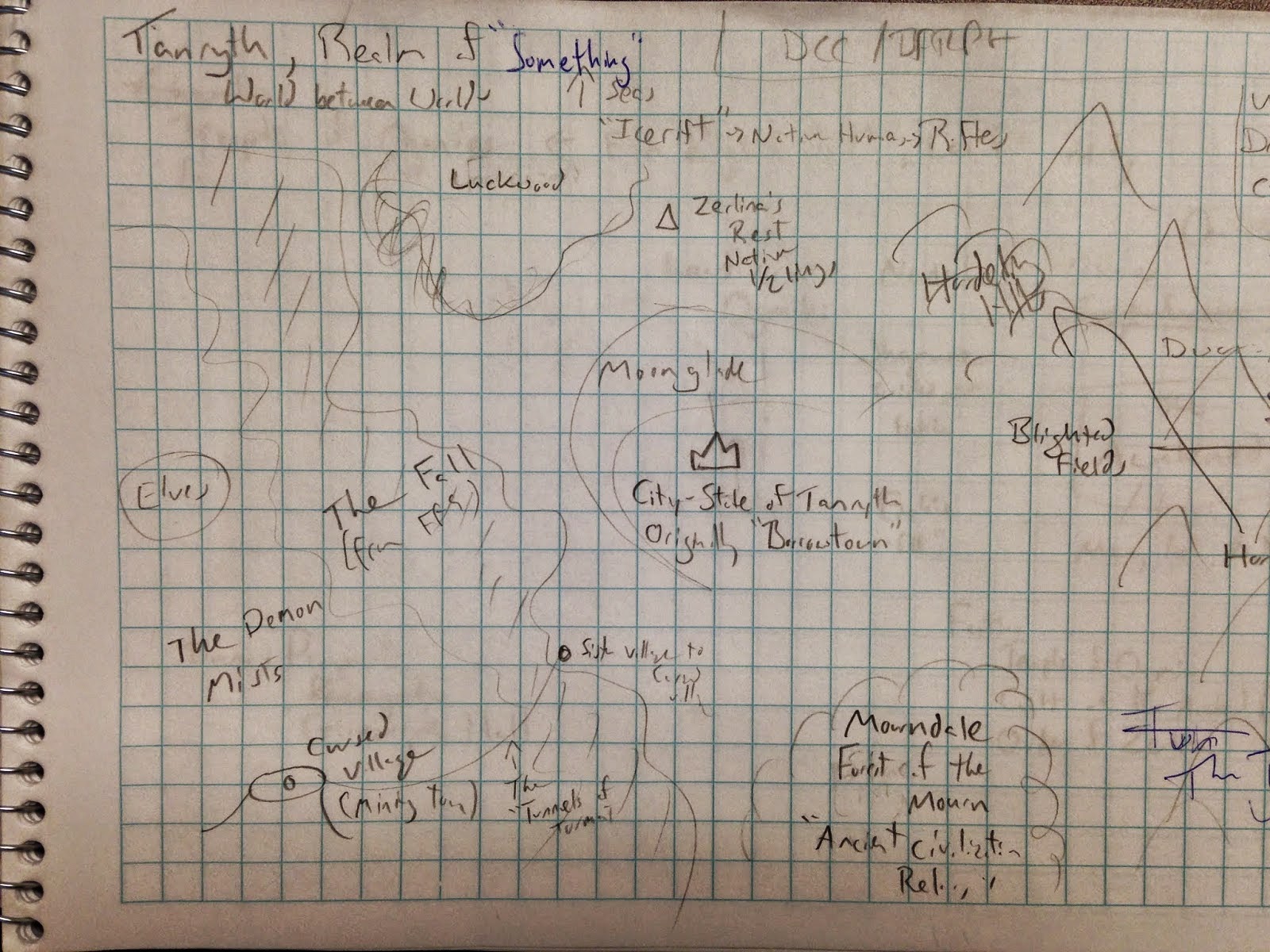 I put this map together as part of my Dungeon Crawl Classics prep back in September (Will Crawl for a Classic Dungeon) but didn't do much else except for this simple little map.  But I really loved the few ideas I threw onto the page, and as soon as I picked up the tablet I knew I wanted to revisit the ideas.

When I start with a map, I focus on the following:

For this campaign setting I wanted to go with a more dark and ominous world.  I really liked how the designers of 4th Edition D&D called the Nentir Vale campaign a "Points of Light" setting, with those areas in between filled with danger and peril.  I know a lot of gamers get their inspiration from books and movies, but for me I love video games!  For this setting I want to include splashes from my favorites, like Ultima 7, Ultima Underworld, and Dragon Age, but it was the Legend of Zelda: a Link to the Past that won for that final map flavor.

In the Legend of Zelda: A Link to the Past your character (Link, obviously!) travels between two worlds, the Light World and the Dark World.  For Tannryth I wanted an entire world that resembled Zelda's Dark World, full of unusual and disturbing terrain and names that could stoke fear into the hearts of simple peasants and villagers.

The heroes of this world will be bold indeed!

So how does this compare to your home brewing?  Are you story first, map first, picture first?  Where do your inspirations come from?

First I need to thank Marc Plourde for giving me the name "Quattro con Carnage."  He offered it as a temporary substitute for "4-in-1" but I loved it so much, that its now the name of this series of posts.

Second, hats off to Ryan Chaddock (of Ryan Chaddock Games!) for adding some texture to my map.  I did the drawing and the coloring by hand, and then the lettering by paint… well… MS Paint… but Ryan gave the map that little extra something!  Thanks Ryan.
Posted by Living 4 Crits at 10:20 PM