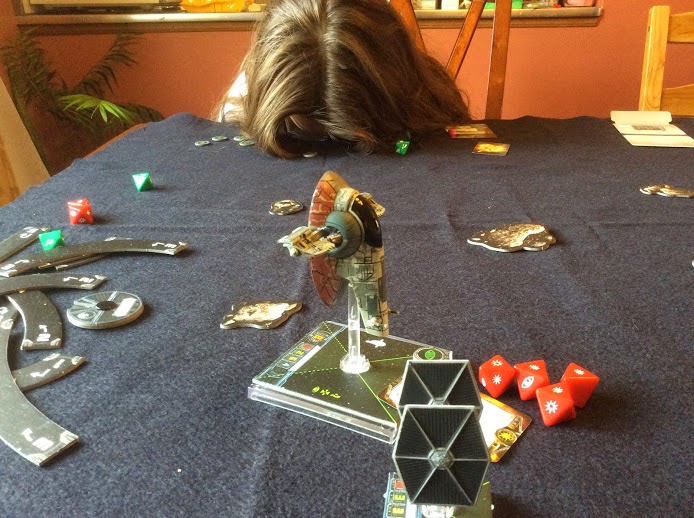 In our first encounter, my daughter Evie and her two TIE Fighters splashed my pair of rugged, yet ponderous Y-Wings with ease.  A rematch was needed, although I was absolutely clear that I would not make the same mistake with ship selection again.  Actually, I had opened my Slave I miniature on the same day as the Millennium Falcon, but hadn't the chance to take it for a test flight.  I gave Evie fair warning that I'd be out for blood during this match, but she believed that Mauler Mithel would be up for the challenge… 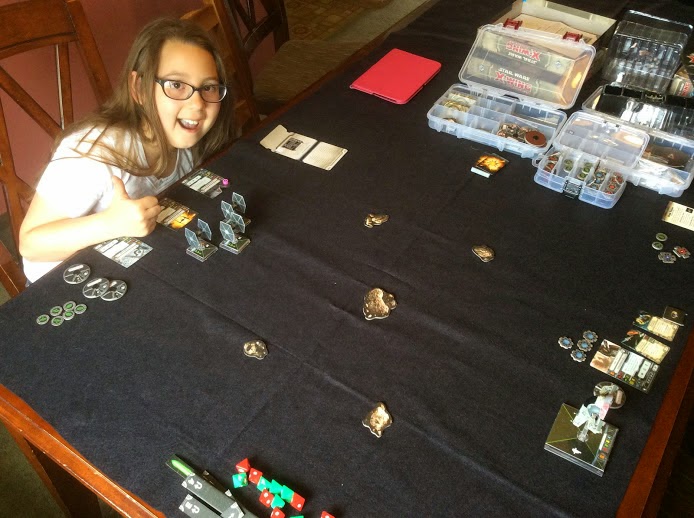 1 Firespray 31 (Slave I) vs. 3 TIE Fighters in an asteroid belt. First game with Slave I
Three on one seemed intimidating at first, and I had flashbacks to my recent flight versus Carmel, when I used a trio of TIE's to murder Luke and Chewbacca.  But the seismic charges could keep the TIE's from bunching up, and the ability to shoot both in front and behind meant that Slave I would need to be taken from the sides.  This is where I had a distinct advantage over my eight-year old daughter - miniatures tactics.  It would've been much easier for her to play as Slave I, but she insisted… so I obliged… 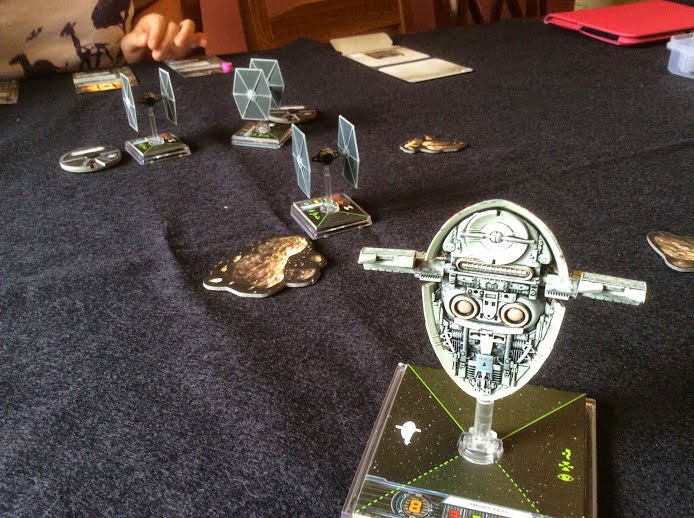 Evie began by coming straight for Boba Fett, her TIE's screaming into range. 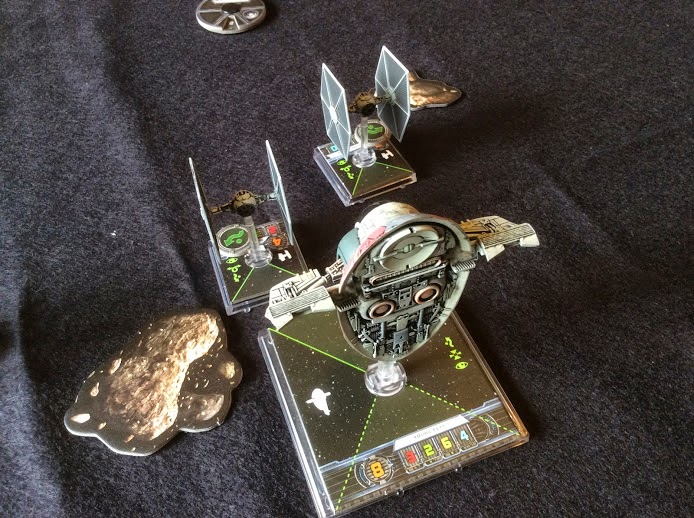 Our first head to head pass left Boba Fett with some scuffed deflector shields.  Although the bounty hunter couldn't land a shot directly… 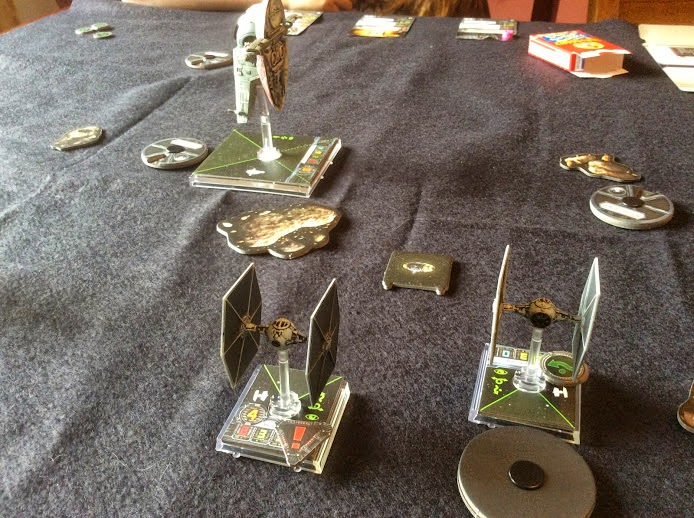 … he left a little surprise, in the form of a Seismic Charge, for Dark Curse and the Black Squadron Pilot. 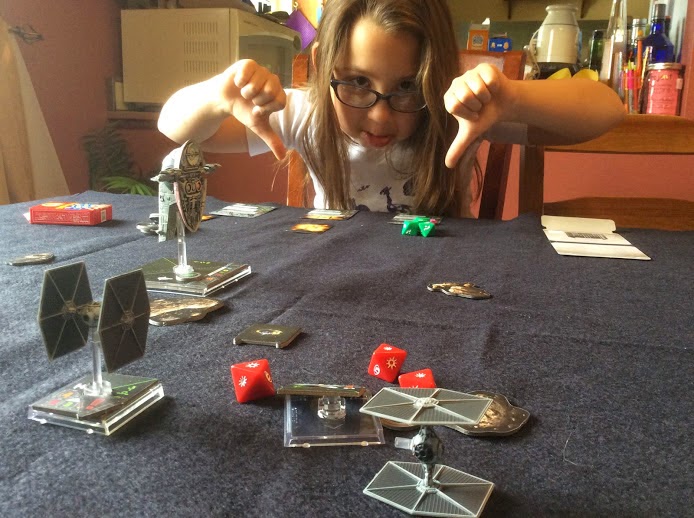 Upon losing her first TIE to Slave I's ability to fire in the rear arc, Evie whined "I never got to bond with Dark Curse!" 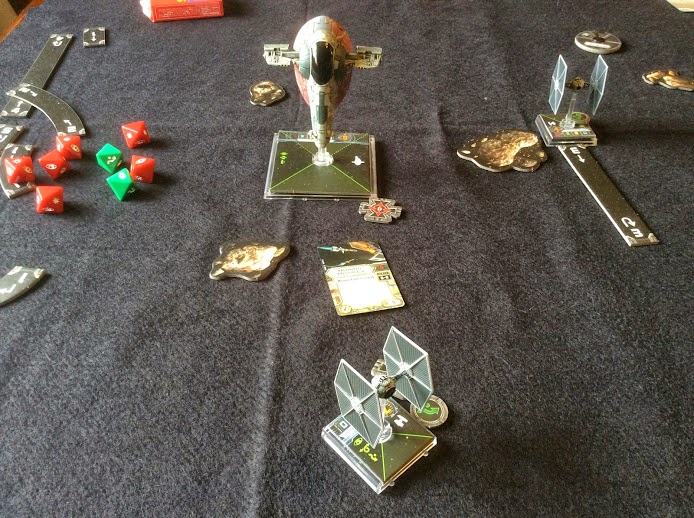 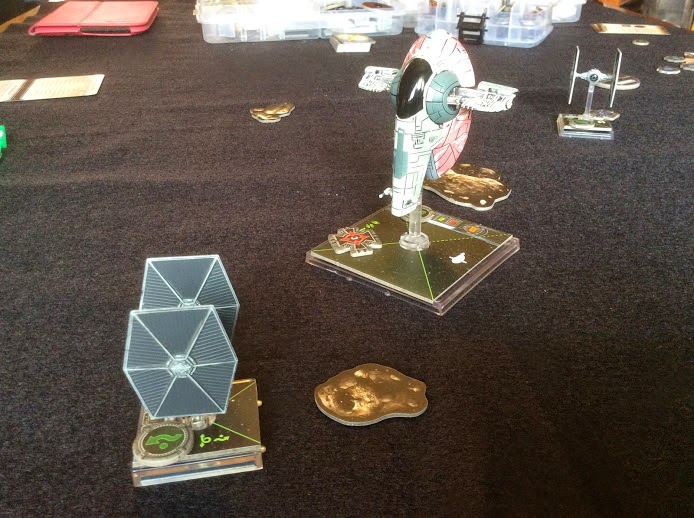 After a few turns of movement, I was able to get Boba Fett in a position to attack either TIE.  I chose the Black Squadron Pilot ahead, knocking him out with a flurry of focused fire… 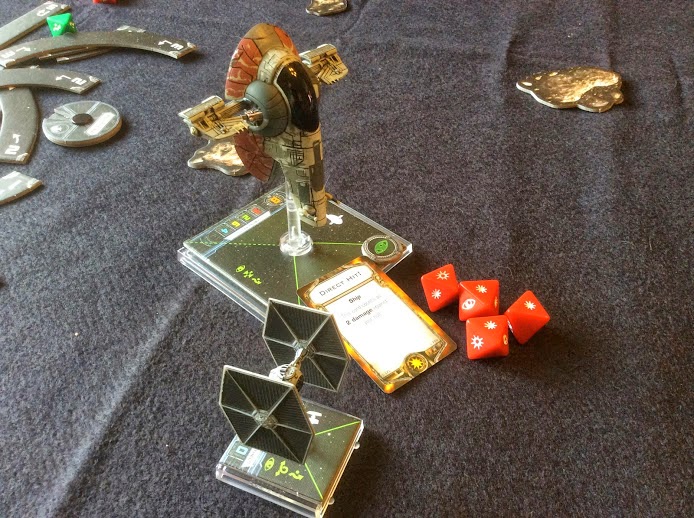 … and then turned and blasted Mauler Mithel into tiny TIE tidbits!

Even though she lost, Evie proclaimed to have a great time.  She swore vengeance, and when I informed her that I had a whole box of TIE Interceptors just waiting to be unboxed, she got a dark, evil look in her eye…

I fear that there will be a deadly rematch soon! 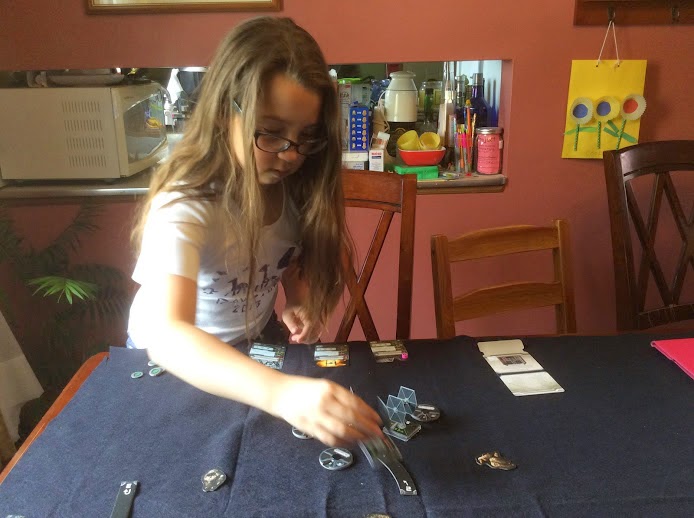