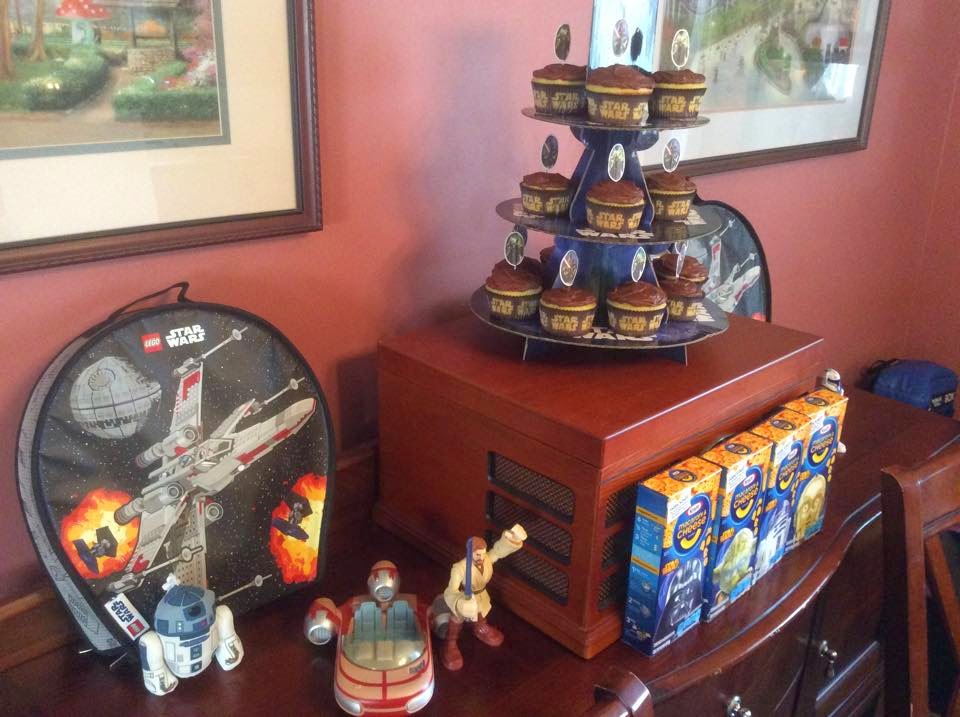 May the Fourth Be With You… Always


Holidays in our house mean gaming, so you have to figure that a special, Star Wars holiday would feature adventures in a galaxy far, far away.  I'm still working on reading through the Star Wars: Edge of the Empire Core Rulebook (about 10% through it so far, hoping for more tonight), so I wasn't ready to kick that game off yet, although with all of the noise in our house a role-playing game would be a challenge.  Since none of my friends had played Star Wars X-Wing, we decided to sit down for a couple of battles.

Here's how it went.

Lone X-Wing vs. 2 TIE Fighters on an open table.  Pretty much the same as Game 3 versus Carmel, but with one of Carrie's friends.
Since this was the Rebel player's first time ever playing a miniatures game, I probably should've suggested he play as the TIE's.  With the exception of one game with Carmel, every time we've done 2 TIE's versus 1 X-Wing the TIE's have won.  Although I too am new to the game, I think playing the X-Wing requires the Rebel pilot to be very aggressive, and seek out an early kill on one of the TIE's.  One on one, the X-Wing should be able to best the second rather quick.

That's not what happened here. 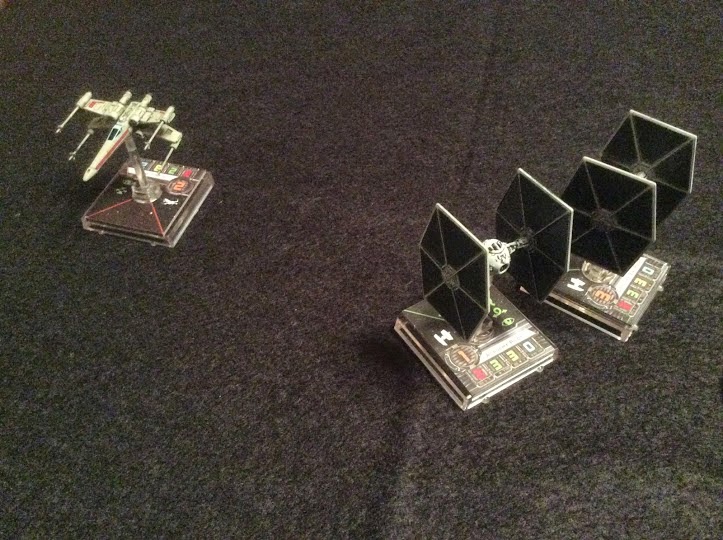 My two TIE Fighters were able to stick together for most of the short encounter, chasing the Rebel pilot across the table. 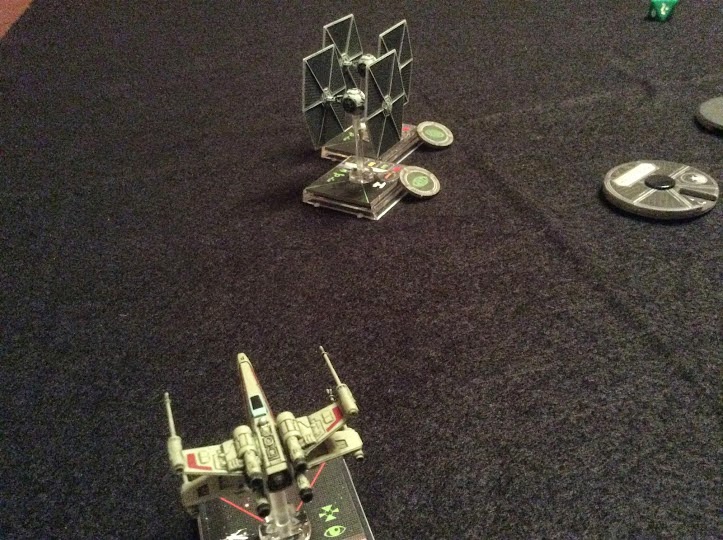 By the time the Rebel pilot got his bearings, and turned to start playing aggressively, the combined attack of my two TIE's took him out.

According to my daughter Carrie, her friend had a really good time playing, and I hope to have him back to the table soon, perhaps with some more fighters and some time to customize to his own playing style. 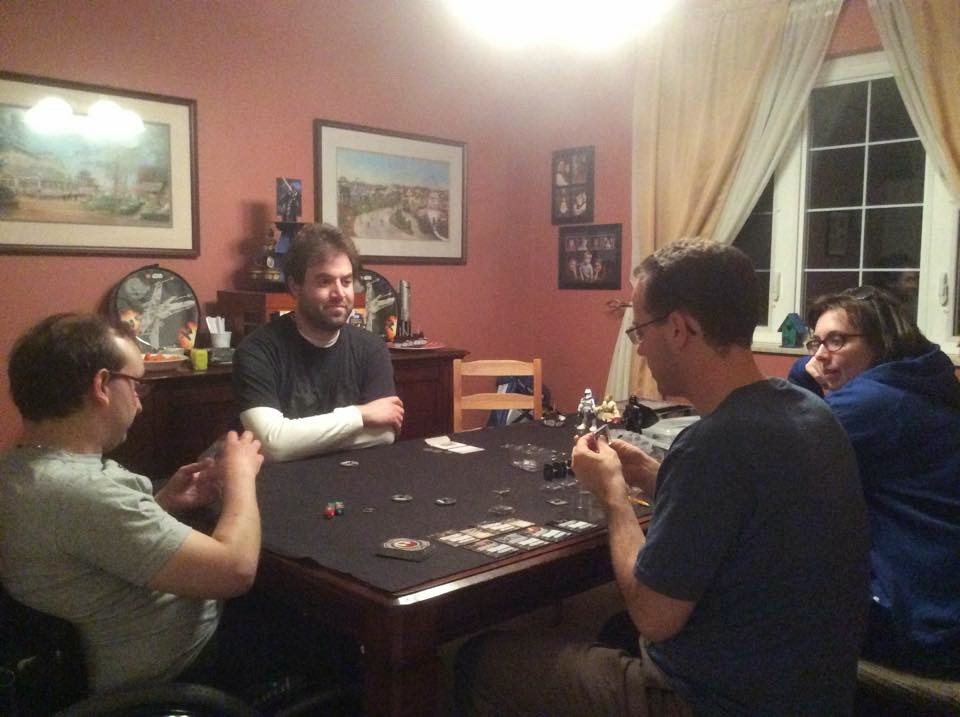 A recreation of a battle that could've taken place over the Death Star.  Since we were watching Star Wars: Episode IV at the time, all ships on the table were straight out of the film.

After giving Carrie's friend a quick demo, it was time for the grown-ups to play a game.  I gave Emily the TIE Advanced, and I took the trio of TIE Fighters.  Whereas the Imperials were all relatively basic pilots, the Rebels were coming to the table with a pair of aces: Wedge Antilles and Horton Salm.  Although we played without a set scenario, and on an open board, we set one parameter:  we would play until either one Rebel fighter or two Imperial fighters were shot down. 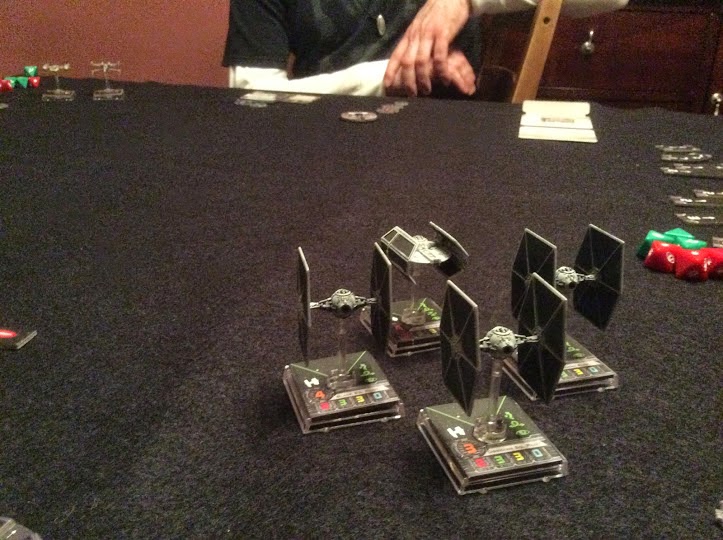 With the two Rebel fighters dead ahead, Emily and I agreed to charge in, twin ion-engines screaming with distance 5 movement! 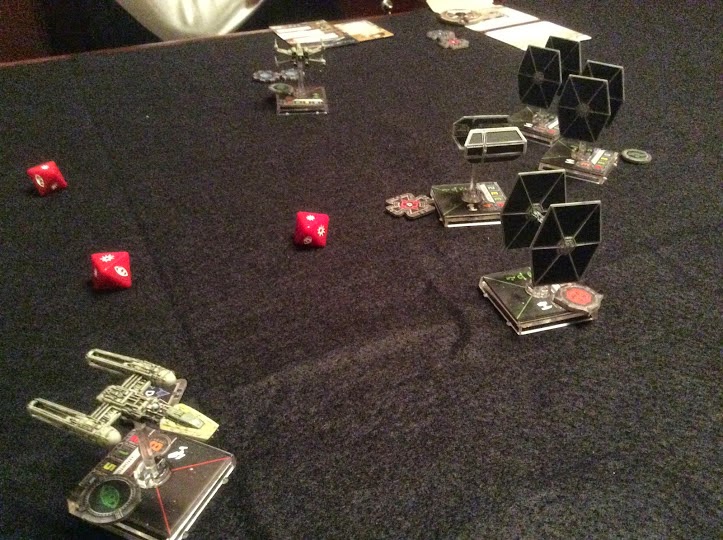 We expected the Rebels to split up, which they did.  The TIE Advanced and a TIE Fighter headed for Horton while the other two TIE's chased Wedge.  Jeremy had Wedge turn, faking "flight" from the table. 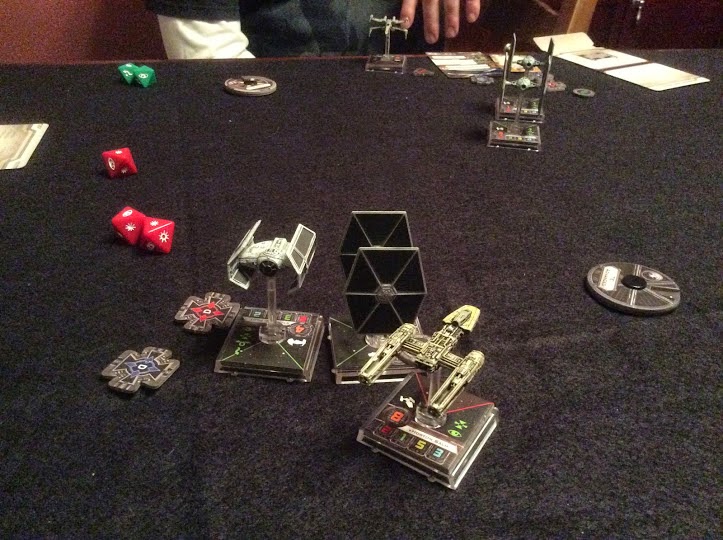 This was my first time experiencing the Ion Cannon Turret in the X-Wing Miniatures Game, and by the broken shards of Aldaraan, it was awesome… but not in a good way for the Imperials!  Andy was able to use Horton's cannon to lock down my TIE while staying just out of reach of the TIE Advanced.  This would become a common occurrence in our game. 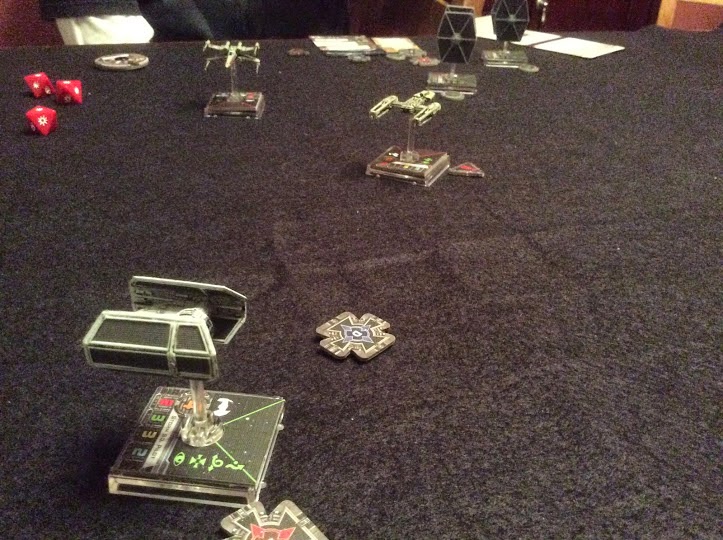 For a moment the Rebels had the advantage!  I accidentally had a TIE bank left instead of right, and Horton was able to shatter the fighter accompanying Emily's TIE/A. Eventually, however, Emily and I were able to start lining up shots on Jeremy's X-Wing. 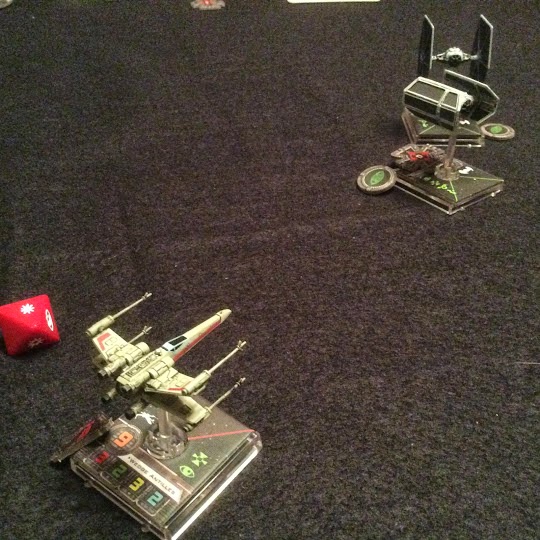 … and from the far side of this image, the lone, weak, level 1 Academy Pilot landed a killing strike of blaster cannon fire onto poor Wedge Antilles! 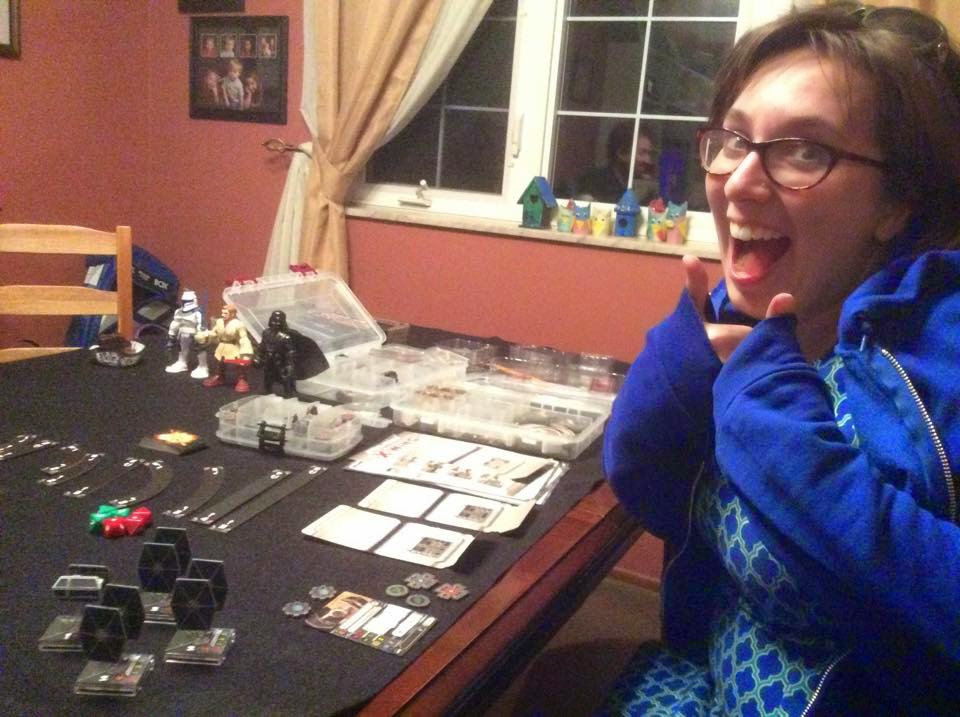 Two thumbs up from my wingman!

If you are at all interested in some of the other ways our family celebrated Star Wars Day, we shot a short YouTube video for Living 4 Crits!