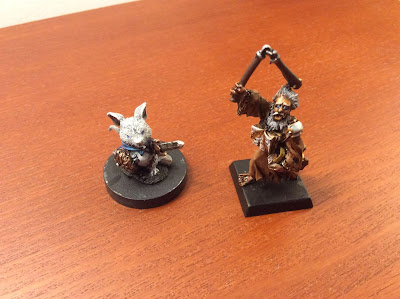 Not even to the halfway point yet, and already up to 21 finished miniatures!

This morning I woke up determined to knock out a pair of figures before setting my brushes aside. An uphill battle, since we've got a busy day ahead of us. Jen's uncle is in town, and we're going to be taking a trip up to Valley Forge to do some tourin'. Then, after dinner, I've got our monthly Dungeon Crawl Classics Purple Planet campaign scheduled. 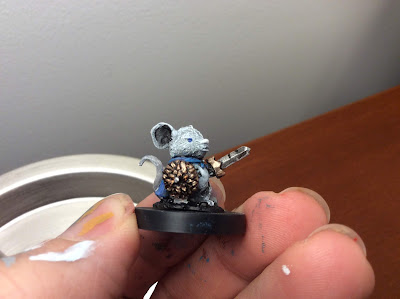 So here's my first offering for Day 14: a Reaper Mouseling fighter. This cute little guy has an acorn shield and a tiny banged up sword. I went with bronze for the shield, just because I like the way the metallics have been looking after a brown ink wash. 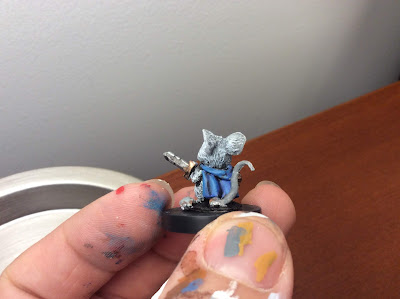 For the rest of the figure, I changed up how I did the fur. For many of the furry creatures I've done a lighter base coat and then filled in with a wash. But the fur on this figure was so fine and shallow that I didn't want to ruin it. I decided to use a dark grey undercoat, and then drybrush with white on top. Gave the miniature a brighter look, which I may do again for one of the Dark Sword Miniatures rabbits. 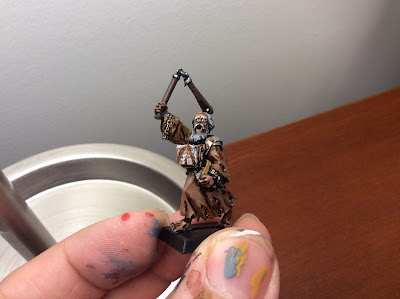 My second figure has been in my collection for well over 15 years: a Games Workshop Flaggellant for an Imperial army. I bought this dude for my Mordheim Witch Hunter warband years ago, but just never got to painting him. 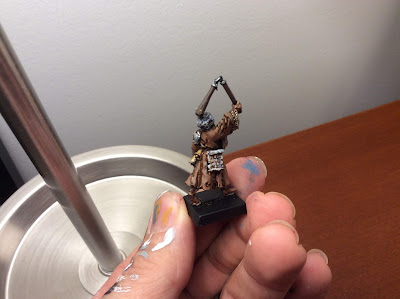 Unlike the mouselings and rabbits, I have all these old Imperial miniatures primed in black instead of white. So the coloring is definitely darker, but I think its fitting. I will say, painting those books is hard! I don't know the best way to do parchment, so I tried a base coat of white with a brown ink wash. It turned out "okay" but that's about it. The rest of the figure is okay though, and it was a really fun miniature to paint. 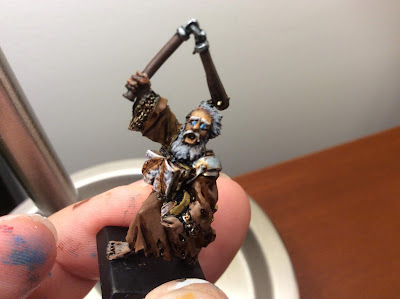 Flaggellant in your face! Kind of like an evil Santa Claus, right? 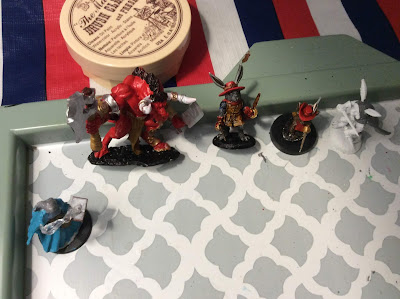 Along the way today, I also did some washing of my rabbit and mouseling duelists, worked on the Minotaur, and did a tiny bit of work on a wizard and a rabbit thief. I'm thinking I'll wrap up the rabbit duelist, but we'll see. I planned on finishing him today, but I found that the wash was drying faster on the Flaggellant, so I went in that direction for the wrap up. 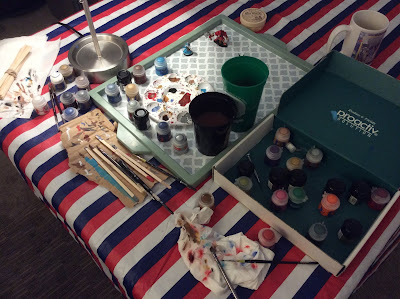 Obligatory picture of my painting station! I've posted a few of these, but I thought I'd talk about my "must haves" for when I paint.

Day 14. What are you painting this weekend?