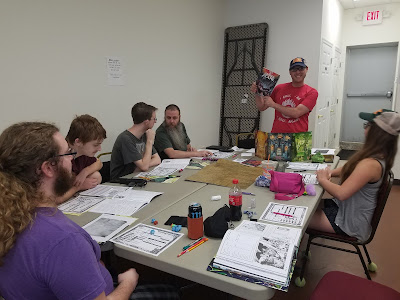 As Will would say, you can't get any more METAL than playing Dungeon Crawl Classics at The Games Keep in West Chester, PA. I'd like to further offer that there is no adventure more absolutely gonzo-metal as Sky ov Crimson Flame by Thorin Thompson. In fact, if you don't own this adventure, and you have an unquenchable thirst to totally jack with your players' psyches from start to finish, you need to purchase this adventure.

To quote one of our players, Ryan, when the troupe came across yet another horrific possibility:

"I don't even want to find out what that is."

If your players are making statements like that, you as a Judge are winning. You are winning hard. Sky ov Crimson Flame lets you win all day.

Before I start talking about our game, I need to share my three favorite things from this module:

Pretty much, this is the adventure for you.


To help connect my players with their characters, I allowed everyone who survived last session to level up their chosen 0-level characters to 1st level. Cody and Evie were both short of characters, so I let them play their choice of character class. We spent the first 30-45 minutes working through character creation, class descriptions, and magic selection.

I've only been in a handful of games with one dwarf, so having two was a real treat. Our party was fairly combat heavy too, given the pair of dwarves and a warrior. No thieves, which was a shame.

I should note that we had a pair of 0-levels in the game following the unfortunate demise of Evie's Elf:

I'm going to let Evie pick one of the Crawl! Zine classes for her next character. She's decided to level up Buena as a Bard. 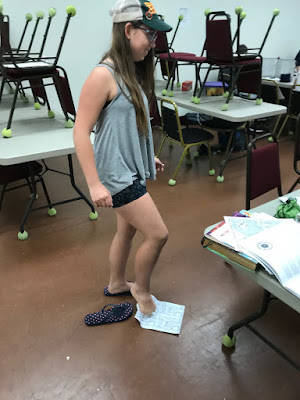 We shall be continuing Sky ov Crimson Flame!
Posted by Living 4 Crits at 8:04 PM