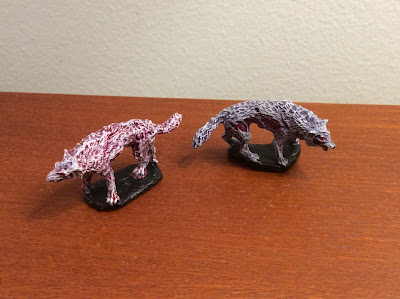 My worst day of homesickness since our move hit me today. This Saturday will mark a month since we showed up on the other side of Pennsylvania. For the first couple of weeks we were so busy getting things unpacked, that it just felt like some kind of weird vacation. It didn't feel like we were going to be here permanently. It was just like being at one of the Disney resorts. It was Old Key West, and we were here on an extended vacation.

I think this week it hit me that I wasn't going home. 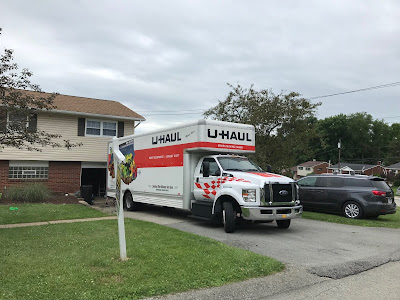 I really didn't feel like finishing anything tonight. I had to work late (I always have to work late now), and the wife, kids, and grandparents went to a local park to watch a band play. I wasn't done with work emails until close to 8pm, and the family wasn't expected for a bit longer. 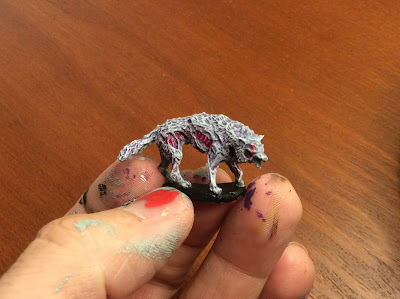 I started with a pair of undead zombie wolves. I figured that they were close to being finished, so I could wrap them up fairly quickly with another few purple and magenta layers & washes, before doing a white dry brushing over the top. They turned out well, and I think they'll be great adversaries in the frozen wastes of Frostgrave. 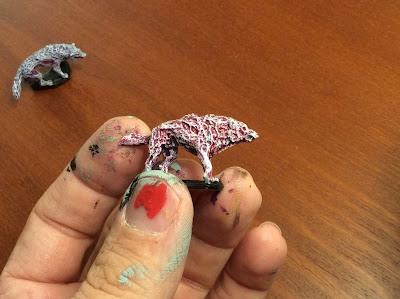 But I still wanted to keep painting. 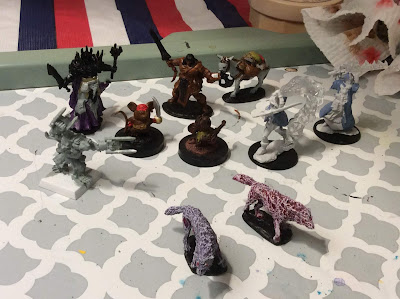 I painted a lich king, some mouselings, a donkey, a Skaven assassin, a pair of wizards.

I thought a lot, during the few hours I had by myself. About my old house, my friends still back on the other side of the state, the stories we didn't get to tell. 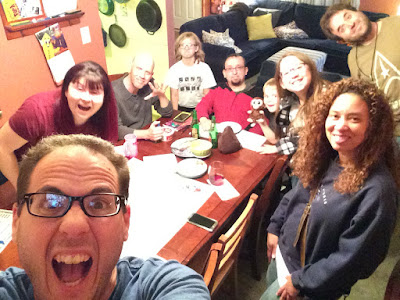 Our Friday friends & family Chained Coffin campaign that we weren't able to finish kept popping into my head. 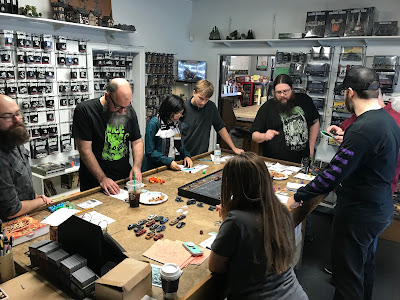 I thought about all my favorite people and places in the world, now so far away. Phantom Games for our Sunday gaming with DCCRPG Pittsburgh. 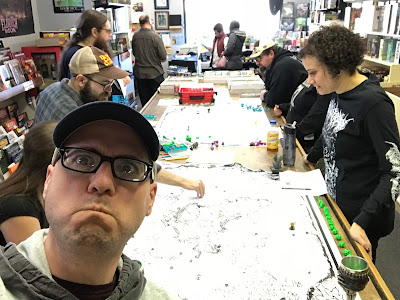 The Norwin Game Knights... the club that our family built from the ground up over four and a half years. 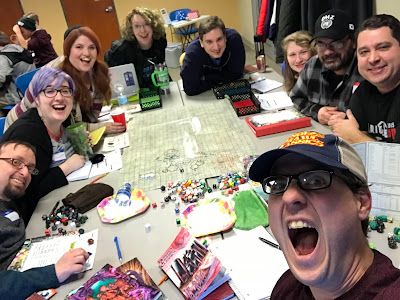 Our living room & dining room, crammed with so many friends that we could barely move. 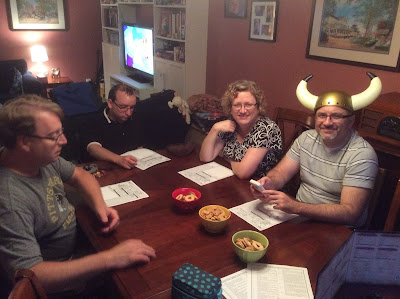 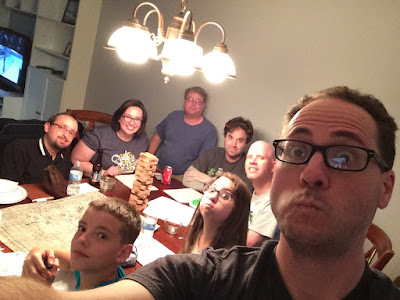 I thought about all the people and places that were a little bit of a drive away, but could reach so easily. 4, 6, and 8 hour drives are now 5 hours longer. 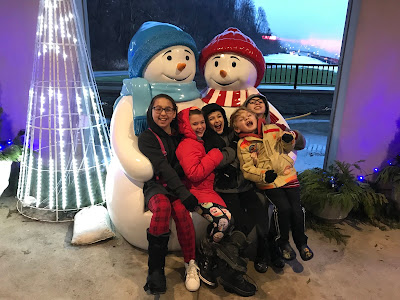 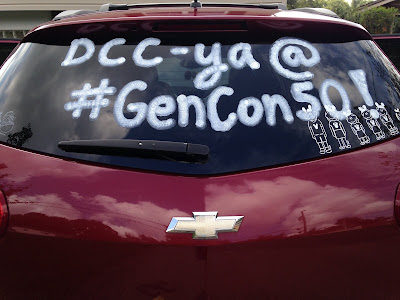 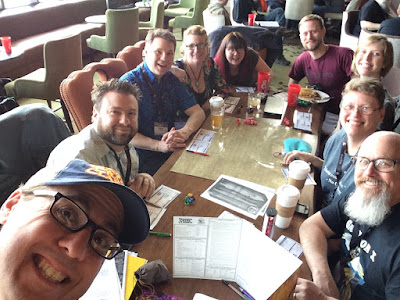 I thought about spending hours painting in December as we mulled over the impending decision about whether to stay in Pittsburgh or move. 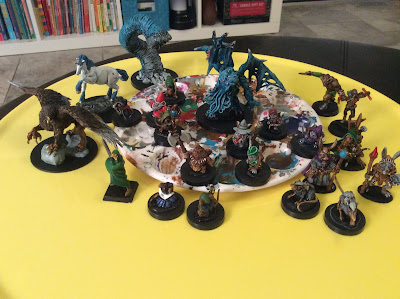 That was my night.

It's been many of the nights since I've been sitting quietly painting these last couple of weeks. Maybe by the end I'll have figured out some kind of lesson in all of this. Some kind of awesome, "zen truth." The key to the universe.

Or maybe I'll just have finished a lot of miniatures.
Posted by Living 4 Crits at 11:41 PM

Email ThisBlogThis!Share to TwitterShare to FacebookShare to Pinterest
Labels: #30Days30Miniatures