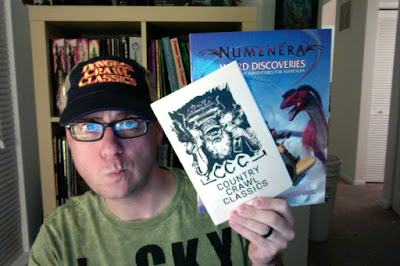 Okay, despite news to the contrary, much of which released by yours truly, I will in fact be at Gen Con 51 this year. Now I'm not there yet. In fact, it's driving me crazy that so many of you are already at Gen Con on Tuesday of Holy Gen Con Week.

What the hell people?

You know, last year our whole family showed up at Gen Con ready to game on Tuesday night and there wasn't a soul in town who wanted to play. This year, everyone's in town. Well don't yinz go using up all the gaming, okay? There better be plenty left for us when we arrive...

Ugh! Okay, I can't be upset about this week. Actually, the only reason we're going is because some of our friends really stepped up and helped us make this happen. Plus I have an awesome boss who let me take the last two days of the week off. I owe him lunch. Great dude. But it's so hard watching everyone have fun already in town! But we'll be there soon.  Just gotta figure out if we're going to try and make most of the trip tomorrow night (getting into Columbus around 2am, and then Indy the next morning around 10am) or just splitting the trip in half (getting into Indy around noon or 1pm on Thursday).

Sometimes this whole "let's live in Philadelphia" thing really screws with our travel. I still haven't figured out how we're getting to Gary Con next year.

Just in case you're looking to link up with me, note that I have a super basic schedule. Actually, it's incredibly open, and in many cases we're just hanging out for a few days:

As for shopping, I don't really have a lot on my wish list:

By the way, if you see me at the convention, please say "hi" and give me tons of crap for being quiet on my blog for so long. Given that today's my 28th blog post this month, I think I should get some kind of a pass, but I totally understand if you want to give me crap. I've earned it.

But make sure to give me a gentle reminder of who you are in digital space. I know many (most) of you by your static icons, and not by your living, breathing faces. So I may need a bit of prompting.